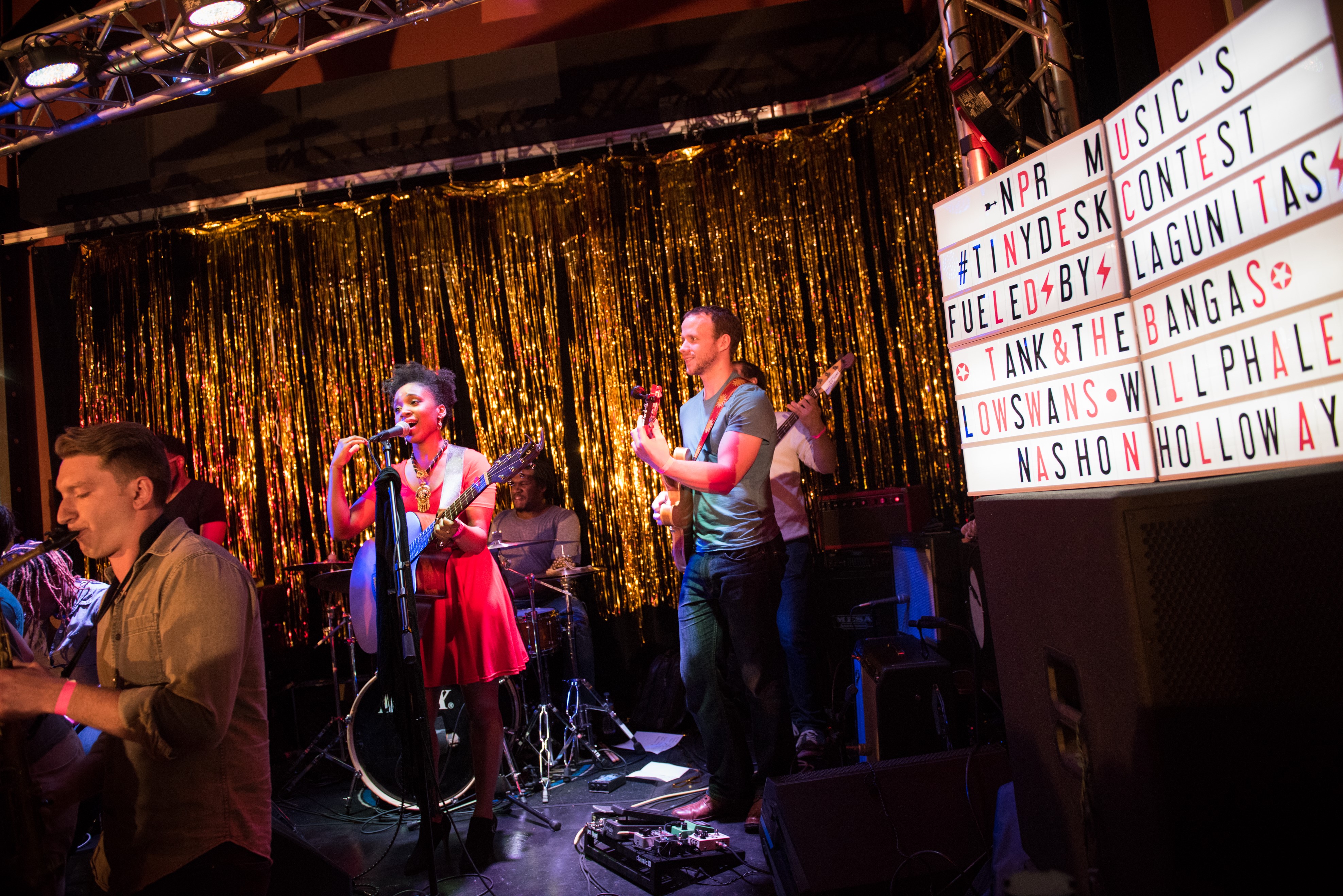 While the events business is exploding, NPR is confident it offers sponsors a unique advantage: The extended value of the NPR halo effect.  "Marketers can now attach to NPR's status as one of America's most trusted brands," says Johanna Weber, Senior Director of Marketing for NPR Sponsorship at National Public Media.  "The goal is to offer marketers creative exposure and deeper access to NPR's loyal following and extend our halo effect via on-site, on-air and digital activations."  As NPR has risen to the top of the Podtrac ratings with an average 16.3 million unique monthly listeners to NPR's 42 podcasts [March 2018, Podtrac], the publisher raised the curtain on an expanded line-up of live events, including live podcasts, music tours and its first entrepreneurial summit.

The growing roster of events helps NPR and member stations deepen ties to listeners while NPR's sponsorship arm, National Public Media, is generating incremental revenue through creative and ROI focused enhancements to traditional advertising.  "It's important for us to align with organizations that reflect and complement our core values," says Spire Product Marketing Manager Colin Thurmond.  "At iZotope [the audio-tech company that owns Spire], we believe that NPR music events honor our philosophy.  We've consistently found each NPR music event connects in a special way with an array of musicians, from aspiring to established artists.  Being a part of events like NPR Music SXSW and the NPR 10th Anniversary showcase felt just right."

The live events give audiences "something they're craving: a physical experience to complement what they're hearing in their earbuds or over their car stereo," adds Jessica Goldstein, NPR's Director of Events and Strategic Initiatives.  "Sponsor integrations have to be constructed in a way that respects both the marketers' brands and the user experience."  Weber's team is charged with respecting NPR's editorial integrity while still giving sponsors opportunities to be positioned adjacent to NPR content and franchise events and have a meaningful footprint onsite to engage with attendees.

NPR's How I Built This podcast sponsor American Express expanded its relationship with the popular entrepreneurial podcast through sponsorship of the HIBT multi-city tour and this October's How I Built This Summit.  On the tour the brand's support was recognized with live credits read on stage by podcast host Guy Raz (pictured below), engaging displays and prominent signage at each stop, including an interactive city map and co-branded photo booth in the lobby.  The success of that tour helped inspire the upcoming How I Built This Summit, which will feature informational tracks on business skills and support, with Raz interviewing guests live.  "With 40% of our billings derived from our commercial business, sponsoring the HIBT Summit will help us underscore our commitment to supporting entrepreneurs and innovators and allow us to connect on a more personal level," says Jill Hamilton, Vice President, U.S. Media, American Express. 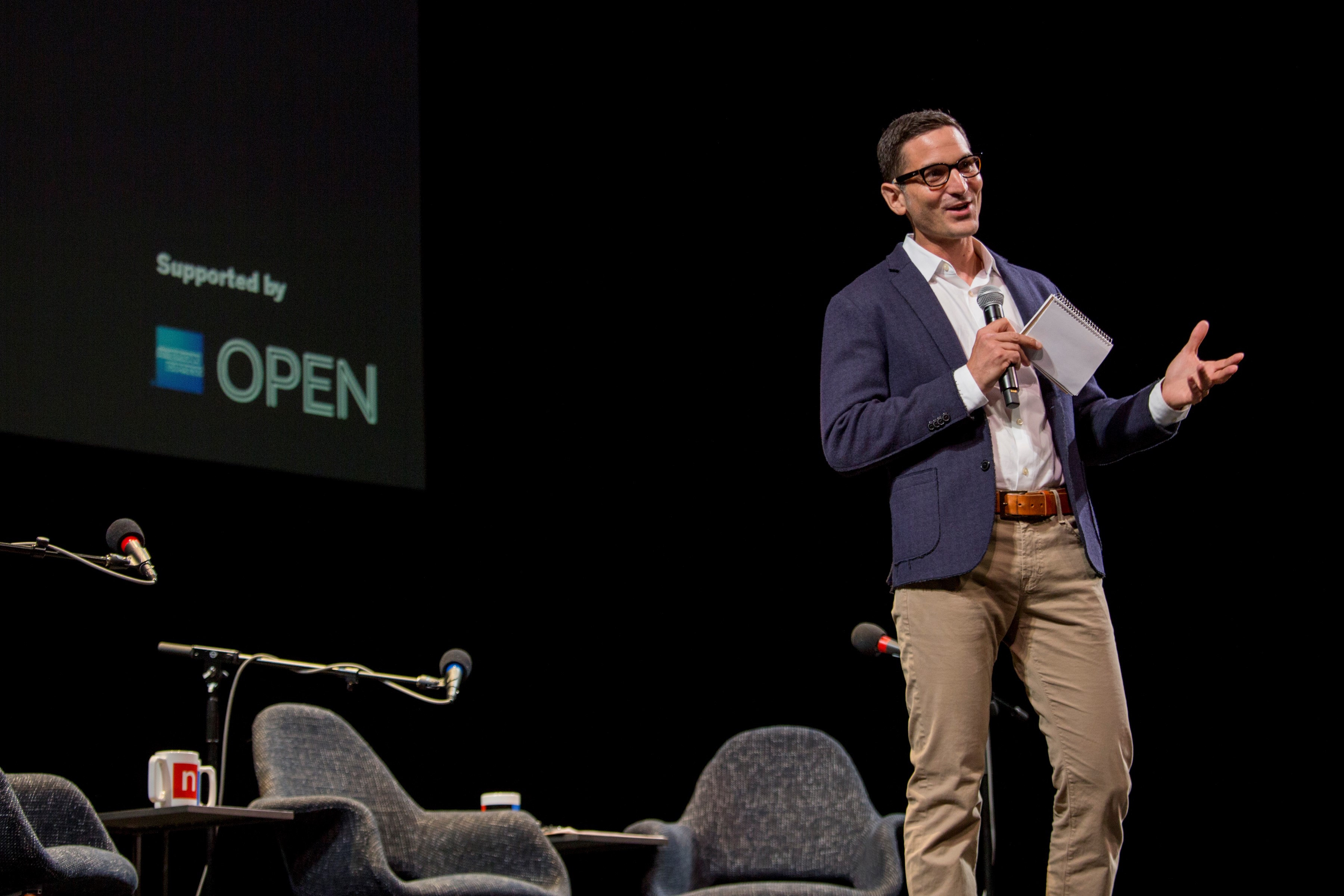 The network's popular Tiny Desk Contest has been sponsored exclusively by California-based brewery Lagunitas Brewing Company since the contest launched in 2015.  The Tiny Desk Concert series features up-and-coming and well-known musicians performing at Bob Boilen's iconic Tiny Desk at NPR headquarters.  The contest, now in its fourth cycle, selects aspiring musicians to perform at the legendary desk and on an upcoming 12-city tour with NPR and member stations.  Since its inception, more than 25,000 video entries have been submitted.

Lagunitas Director of Communication Karen Hamilton says NPR and Tiny Desk are "a good fit" because "both highlight stories and music, central tenets of the brewery's corporate identity."  The integration also raises the beer company's national profile.  "It has definitely expanded the awareness of Lagunitas," she explains.  With the sponsorship, Lagunitas receives significant online, social and on-site exposure, including hosting concerts at its TapRooms and its Petaluma, CA amphitheater. "It has brought a different audience to our venues who may not have known us or our connection to music," Hamilton adds.

Other examples of NPR's event sponsorships are Noosa Yogurt for a Pop Culture Happy Hour tour and Blue Headphones at the All Songs ConsideredSweet 16 event at D.C.'s 9:30 Club.  At these gatherings, brands mingle with attendees, distribute products and "engage and just have fun," Weber says.

After events wrap, NPR says its partners continue to generate value.  While a live event might attract 750 attendees, Weber notes that content and sponsor associations live on through NPR's websites, podcasts, social media and on-air broadcasts, which together reach 103 million people a month.