Panasonic Addresses the "Who Are You?" Question at CES 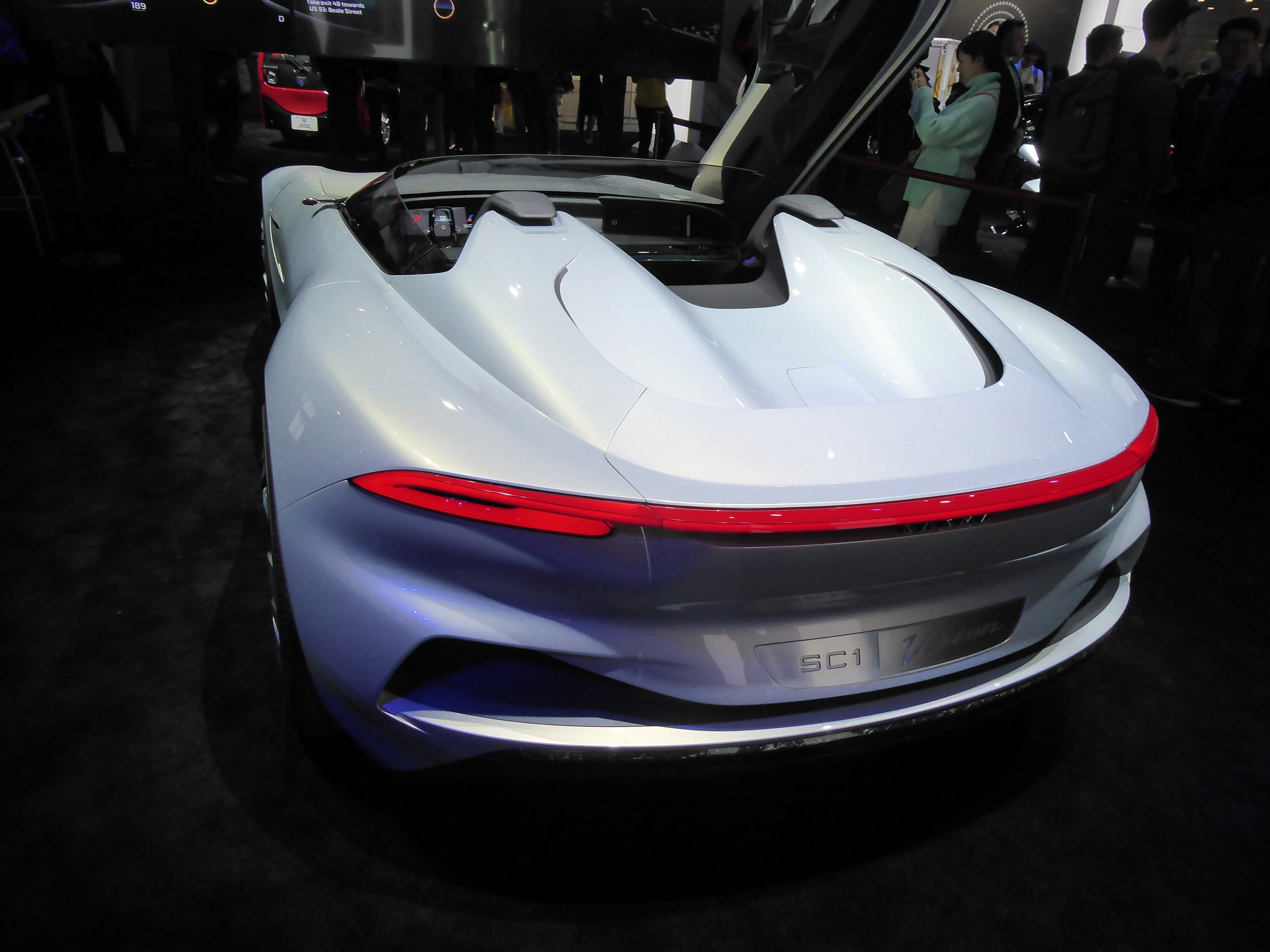 Panasonic had a splashy presentation at the Consumer Electronics Show (CES) this year and was the only one I saw that featured a celebrity — 23-times Olympic medal swimmer Michael Phelps. Panasonic chief marketing officer Lauren Sallata (pictured below) introduced Phelps as part of its "What Moves Us" campaign, which isn't about product endorsements, but about partnering with celebrities on philanthropic projects.

The global electronics company showcased a few non-mainstream products, including small electric commercial vehicles and Harley-Davidson LiveWire motorcycles powered by its batteries. These days, the company has pivoted from consumer electronics (the ubiquitous radios and dorm stereos of the 1960s) to more behind-the-scenes roles, including one as a Tier One supplier to automakers (battery packs and infotainment).

The result is that the public has a fairly blurry concept of what Panasonic actually does; although Tesla publicizes Panasonic as its battery supplier, many other automakers keep it quiet. To this end, I sat down with Sallata, a former Xerox executive, and asked her what the company hopes to achieve with "What Moves Us." 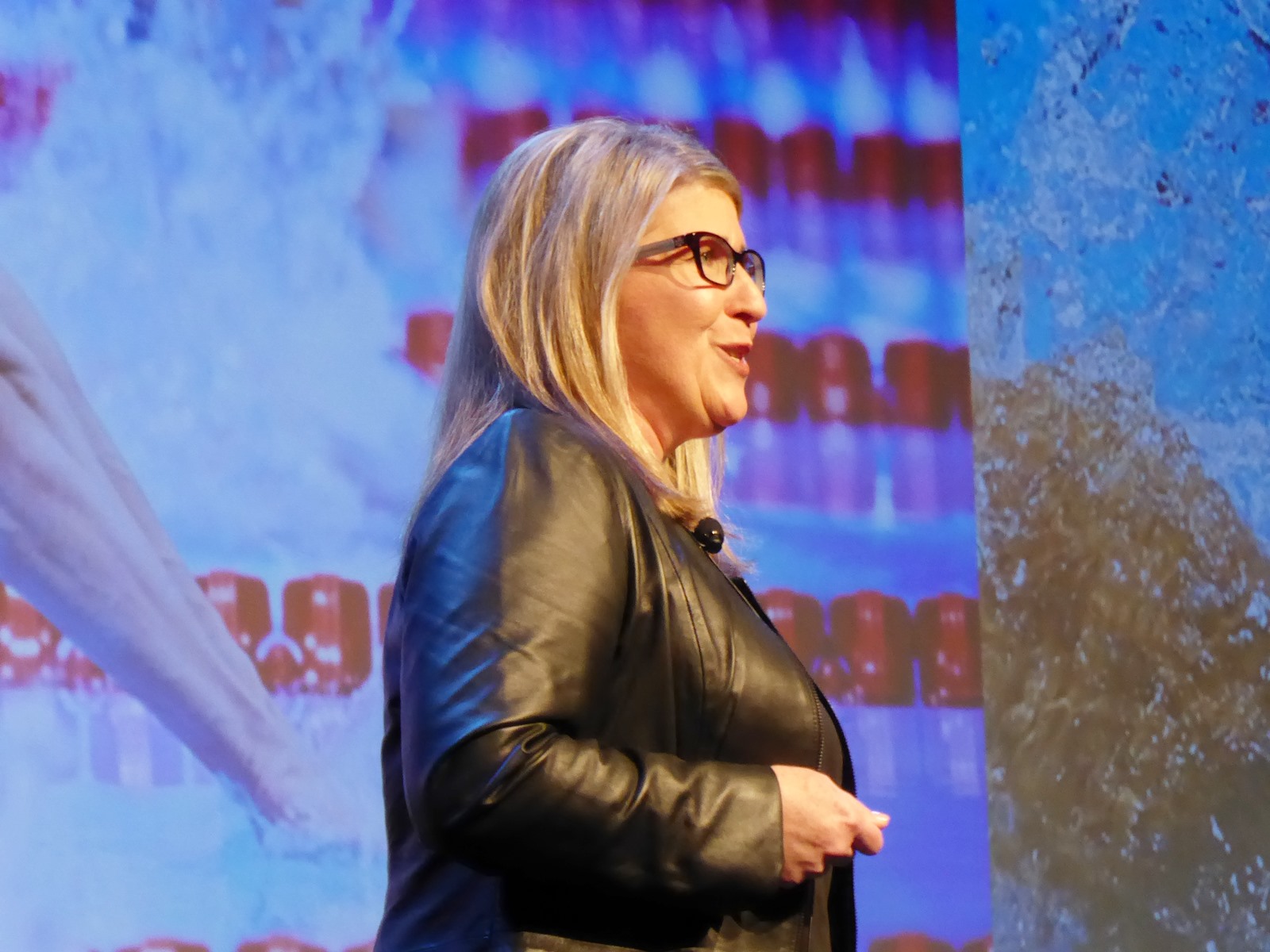 "We did research on what people knew and didn't know about us to figure out how to best connect with future buyers," Sallata said. "We found out that, among other things, younger people really enjoy and follow the Olympics." Panasonic has been a supplier to the Olympics for 30 years, and it will showcase Phelps and his Michael Phelps Foundation (which works with Boys & Girls Clubs to teach swimming and encourage healthy lifestyles) at the 2020 Olympics in Tokyo.

In addition to Phelps (pictured below), Panasonic has enlisted another swimmer, five-time Olympic gold medalist Katie Ledecky, whose "Dive Into STEM" digital program offers science education for schools is also powered by Panasonic. "It's about giving back," Sallata said, adding that the company encourages its employees to take off 40 hours a year to work for the philanthropies of their choice. 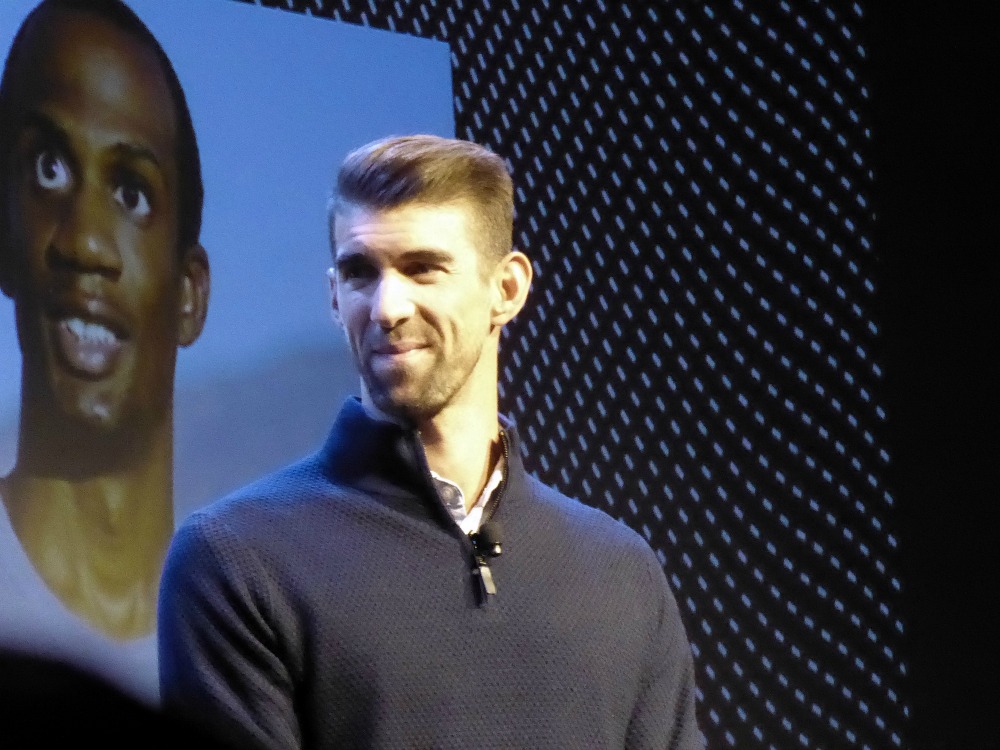 It's also about giving consumers a clearer view of who Panasonic is today. "We're becoming more of an 'ingredients' brand," Sallata said. "Our challenge is to catch the public up on what kind of enterprise we are now."

The company still makes consumer-facing products, including cameras, home security systems, pencil sharpeners, and TVs, but much of its best work isn't branded under the Panasonic moniker. For instance, the company makes the Uconnect infotainment systems that I recently tried out in Jeep and Maserati cars; owners need to click through a bunch of information screens to see that Panasonic is involved.

Ironically, automakers do showcase their infotainment partners, but only when they see a marketing advantage for their high-end luxury cars. Brands such as B&O, Bose, Bowers & Wilkins, and Fender are audiophile convincers. The Panasonic name isn't negative to buyers, but it's not enough of a value-add that the carmakers would eschew the benefits of self-branding.

Panasonic will never replace Apple in the public consciousness and, as it pivots to a strong supplier role, it isn't trying to achieve that goal. But Sallata wants the public to recognize the brand and to have a positive image of it as a caring company.

I also talked to Scott Kirchner, head of the mobility practice (including autos) at Panasonic. It's what's inside that counts, he said. Consumers are paying more attention to what the car offers in connectivity and infotainment than what's under the hood (increasingly, an electrified powertrain).

At CES, a number of exhibitors, including Chinese EV startup Byton, Sony (which showed its own car, the Concept-S), and Panasonic itself (via the Karma SC1 Vision Concept on its stand) embraced the concept of the full-width curved screen, stretching all the way across the dashboard. It certainly has a "wow" factor, though Kirchner acknowledged that the feature will work best when cars are fully autonomous and drivers are freed from the tyranny of actual driving. The screens can be powerful home theaters, host in-car video conferences (complete with PowerPoint), and also take over from the smartphone in displaying fitness tracking information, personal schedules, and more.

"The screens are beautiful and aligned with the brands," Kirchner said. "Automakers will figure out how to integrate them into their future products." He pointed out that Panasonic's current technology actually supports the deployment of 11 separate screens in a car. We might see them in the form of camera-based, rear-view mirrors and rear-camera displays that can actually look through towed objects such as trailers.

Much of this is future tech, but Kirchner said that cars will "absolutely" be autonomous in the near future, with fleets leading the way. "We'll see it before we see flying cars," he said. Automakers and suppliers are working on interiors for autonomous cars that can be configured, as in front seats that can be flipped to face the passengers, windows that can become full-size display screens, folding worktables, and more.

Also coming from Panasonic and others — and of use while we're still in the driver's seat — is an enhanced heads-up display that will paint guidance on top of what the driver is seeing through the windshield. For instance, instead of a robotic voice saying, "Turn left in 1,000 feet," the driver will see the turn as a guiding arrow in the view ahead. This enhanced turn-by-turn guidance will also have the ability to showcase animals, pedestrians, or vehicles that could be (or already are) in the driver's way.

Surveys strongly suggest that consumers want all this and more. Infotainment will increasingly be a powerful brand differentiator, Kirchner said. "We'll see more screens," he said. "Tech without a purpose is fool's gold, but my kids prefer to take the car that supports Apple CarPlay."