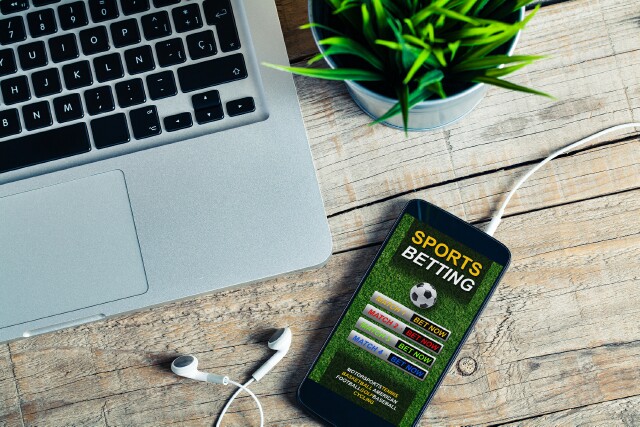 May 14th will be the fourth anniversary of liberation day in the world of sports betting. On that day in 2018, the Supreme Court ruled that the Professional and Amateur Sports Protection Act (PASPA) was unconstitutional and that the legalization of sports betting was the purview of each individual state.

Since that time, it has been a mad dash for states to pass legislation and for sportsbooks to launch their operations in each state. Then it's dog-eat-dog in the fight to acquire customers, which means partnerships with leagues, teams, media companies and of course, advertising and promotions to reach the core demo, men 21-54. Mainstream sports television networks have been adding segments, shows, websites, data streams and talent.

Once the stores are open, the sports bettor needs to make an informed decision on where to place their bets. Fantasy sports players have subscribed to services for decades to get the information and insights and hopefully the edge they need to compete. Playing off this model, information hubs like The Action Network, Vegas Stats and Information Network (VSiN) and new offerings from legacy media companies NBC Sports Edge+ and the re-invented Sportsline from CBS are providing the analysis and providing their "best bets" to subscribers paying anywhere from $10-$40 per month. There is much more pressure on a subscription-based business than a publisher monetizing its audience through advertising because the audience has to see results on its wages quickly.

An interesting company that launched six years before the PASPA repeal that has relied on delivering entertaining content and valued insight without the pressure of managing subscriber growth and minimizing subscriber attrition is the Sports Gambling Podcast Network (SGPN), founded by stand-up comic Sean Green and former AT&T and Hulu software engineer Ryan Kramer. The duo first started providing sports betting opinions, analysis and advice to hardcore NFL fans just prior to the 2012 NFL Draft. They stayed alive on publishing newsletters, blogs and as an early entrant to the emerging podcast industry.

"The legacy sports media companies often take their sideline reporter and turn them into a sports gambling expert," Green added. "We've been sweating out multi-leg parlays for ten years! We've built a camaraderie with our audience and the advertisers want to leverage that community."

Prior to the Supreme Court decision, SGPN's audience was engaged in illegal gambling, meeting in convenience stores, parking lots or busy shopping malls to settle their business. The PASPA decision brought sunlight and legitimacy and dramatically expanded the size of the addressable market. The occasion of a judicial action did not propel SGPN by ushering in investors or media partners. The year prior in 2017, Green finished in second place out of 273,414 participants in a Draft Kings fantasy sports competition and $200,000 prize became seed capital to expand the business and graduate from being survivors and becoming thrivers.

Since that time, SGPN's revenue and total number of downloads grew tenfold, from 350,000 in 2018 to 3.1 million in 2021. The team expects another 1 million downloads in 2022 as the network has expanded to 17 sports-specific shows -- including one specifically for the spring football league, the USFL, which just launched April 17. Their average annual growth of 80% exceeds the annual growth rate reported by Podtrac, and according to Chartable.com their football podcast ranks in the top 50 of all time in a highly competitive space.

Competing against more well-healed media companies, SGPN boasts that the base of the audience was built on bettors who didn't need state-authorized sports books to take their wagers. Many were also engaged with fantasy sports for years prior to discovering SGPN. "SGPN advertisers have found that the platform generates a greater loyalty and responsiveness from the SGPN community than the same demographic delivered by other outlets," Green explained. "Using humor and personality in place of an obstacle like a monthly fee, advertisers are eager to reach our audience because it also includes a lot of casual gamblers. We have alumni who are following their alma maters and many people new to sports wagering. These groups view sports betting as recreation and don't want to commit to a fee. This appeal has opened doors to advertising from non-wagering related brands like Manscape, Coors Light and nutritional supplement brand Athletic Greens."

In March, SGPN announced an association with the Blue Wire podcast network expanding their reach and opening the door to new sponsors like WynnBet. Included in that partnership, the duo has a studio at the resort on the Las Vegas strip where they will produce their podcast live leading up to and during the NFL Draft.