Pundits Who are Constantly Wrong 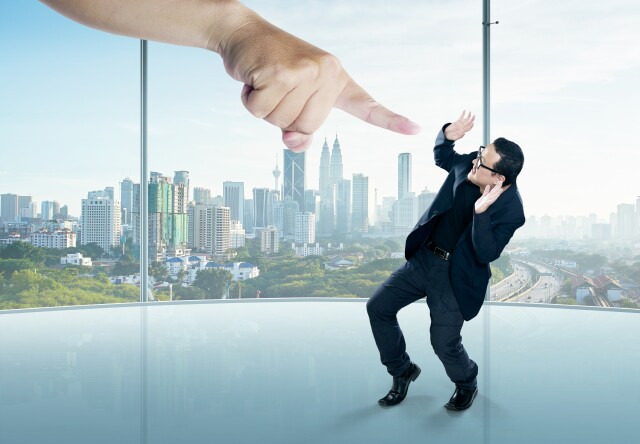 In a February 18th Wall Street Journal commentary piece, Marty Makary, a professor at the Johns Hopkins School of Medicine, writing under the headline "We'll Have Herd Immunity by April," asserted that "the country is racing toward an extremely low level of infection. As more people have been infected, most of whom have mild or no symptoms, there are fewer Americans left to be infected. At the current trajectory, I expect COVID will be mostly gone by April, allowing Americans to resume normal life." It was a bold claim, and it certainly attracted its share of notice once published.

Now, in fairness, for a period of time this past spring, particularly in May and early June, it did seem that the pandemic was, in fact, behind us -- so much so that my friends and I were considering redoing our aerial flyover Philadelphia thanking healthcare workers, except this time with a declaration of victory: "We did it, Philly." Fortunately, we held off, and, just like that, the virus was back, and cases were soaring; by September, the country had again almost reached that point -- like last winter -- in which nearly a 9/11's worth of deaths was taking place each day. Talk about having to eat one’s hat.

But Makary is hardly the only highly credentialed expert, Nobel Laureate, or "award-winning" thought leader to be very publicly (and/or very frequently) wrong. (When it came to COVID-19, just about everyone took a turn being wide of the mark, in terms of either predictions or recommended mitigation strategies.) But beyond COVID-19, take, for instance, how wrong The New York Times' Paul Krugman has been, particularly when it came to his view that economic catastrophe was sure to follow in the wake of the results of the November, 2016 presidential election. (Perhaps in a perverse effort to save face, Krugman would later be caught seeming to root for recession.) And when it comes to financial predictions, there is arguably a greater danger in being wrong than in political ones because investors, including retail ones, often trade off comments such as these, just as how each utterance by the colorful hedge fund manager David Tepper, as they say, "moves markets."

As for political predictions, it barely warrants stating that this category of prognostications is perhaps most ripe for running afoul of reality. As Larry Sabato and his team at Sabato's Crystal Ballat the University of Virginia's Center for Politics conceded following the election of 2016, "The Crystal Ball is shattered." And who can forget the ABC News/Washington Post poll just days before the 2020 presidential election in Wisconsin that had then-candidate Joe Biden ahead of President Donald Trump by 17 points, when in reality Biden prevailed by only 0.7%? (Perhaps the most memorable such occurrence, though, was when Princeton University professor Sam Wang ate a cricket on CNN’s Smerconish on November 12, 2016 after promising to do so if Donald Trump gained more than 240 electoral votes.)

The bottom line is that after a short while, all is forgotten, and these same pollsters and commentators are taken seriously again even if their previous track records are abysmal.

I am personally more than sympathetic to those who struggle to accurately predict the future. In the past, before I knew better and would ask my own interviewees to wager guesses about the still-to-come, I would usually preface it by acknowledging the fraughtness of making such predictions. And my own performance history in this department, particularly when it comes to forecasting election results, is nothing short of hopeless. I thought that former Secretary of State Hillary Clinton would win in 2016, and I was confident that then-President Donald Trump would capture re-election in 2020. I even recall being interviewed by none other than Bill O'Reilly on the morning of the 2020 New Hampshire Democratic primary, and both O'Reilly and I confidently predicted that the political career of a certain ex-Vice President from Delaware by way of Scranton was completely and utterly finished, particularly after the Biden "lying dog-faced pony soldier" exchange the day before. It’s only been a year since last November's presidential contest, but, from the Georgia Senate runoffs to the Virginia gubernatorial race, I have not put forward an election prediction since.

The futility of the entire exercise of endlessly forecasting the future brings to mind one of the tenets of Michael Oakeshott's philosophical outlook: "To try and do something which is inherently impossible is always a corrupting enterprise."

I would never argue that there ought to be an explicit penalty in terms of employment (or, God forbid, legally) for being wrong all the time. (Just as Good Samaritan laws protect would-be do-gooders from liability when offering reasonable efforts to help others so as to incentivize rendering aid, free speech protections must robustly protect putting forward incorrect information so as to encourage ideas to be always coming forward.) After all, as the truism goes and as J.S. Mill articulated so forcefully more than a century-and-a-half ago, putting forward wrong answers helps us, in time, to arrive at the correct ones. And incorrect explanations can still be interesting as well, such as is conveyed in that penetrating observation made about the work of Karl Marx: to paraphrase Deirdre McCloskey, Marx is most interesting when he's wrong.

But the fact remains: When it comes to the news media, if a given pundit is wrong all the time, at some point, let's get someone else in there to take a stab at things.