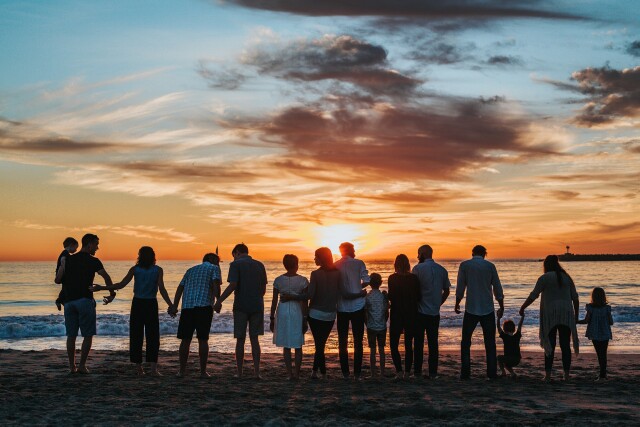 Brands that use "Purpose" (pro-social, altruistic values) in advertising, brand content and sponsorships, but without authenticity, get little value -- because the public has been cynicized by reality. Their B-meters go off on hair triggers. And not without some justification.

But sharper observers such as Nina Meyerhof have noticed that the degree of authenticity in Purpose advertising has been increasing.

Purpose advertising has only rarely been driven by the quest for economic gain. Coming out of the '70s human potential movement, Enlightened Capitalism became a meme within the movement in the '80s -- the proponents generally being CEOs and other high business leaders who actually did see the light.

In the '70s when I brought the idea of brand content in TV ad pods to Don Johnson, CEO of JWT, he agreed with the idea, but said he couldn't risk pitching it to his clients. At Grey, Larry Deckinger said the same thing.

In the early days of the internet some of the first brand content by pioneers such as Andrew Susman leaned heavily into Purpose without making a show of it. Nestle Carnation Instant Baby Formula brand content recommended breast feeding rather than using their product. Volvo presented all the new cars of every car company in Yahoo during two-week coverage of the New York Auto Show. And in a random control experiment with Volvo and the IAB, it was shown that this lifted Brand Consideration of Volvo 6X (significant at .99).

Those and other such studies done by my '90s-early aughts company Next Century Media (28 of them) showed that media investments in branded digital content paid back much better than advertising. Lately the Purpose tenor has lost share of space in what is now called "native" and more of it is oriented to diversion and curiosity.

Back then in the first heyday of Purpose in brand content, the marketing mix models found it to have high ROI (CPG $4.50) relative to other ways of investing message dollars (at the time TV CPG $2.00), but its overall impact has been constrained by the low reach inherent in all "pull" forms of communication. This was my reasoning a decade ago when I once again recommended using TV ad pods for "push" brand content.

Today we are still finding that brand content has a high return although individual campaigns on digital find it hard to extend the reach of that lift. TV will have to come to the rescue, in ad pods and in branded programming.

Purpose-driven brand content has the highest return in heaven (your heart) and Earth.

In the ARF study of altruistic advertising, my company RMT's findings showed that altruistic ads are above average in every single human motivation, so they have something in them for each and every person.

Does your brand stand for any of these things -- Altruism, Self-Knowledge, Creativity, Love, Aspiration, Achievement, Leadership/Heroism, The Good Life, Competency?

Are you authentically and emotionally communicating those things in your ads and brand content?

RMT and Semasio have IDs for tens of millions of Americans who have each of these RMT Motivations. For example, there are 64 million U.S. IDs motivated by Altruism. Neustar in a random control trial reported in September found that targeting people who have the same RMT Motivations as are in your ad, increases incremental sales ROAS +95%.

Recently I had the pleasure of working with MESH and Chilmark in a study of bank marketing in the U.S. and U.K. I was impressed with MESH's ability to discern how important brand content (including screens seen in digital banking itself) was in generating Brand Consideration for a bank brand -- such "owned media" ranging from +7% to +21% higher impact than paid media across brands.

In the Bill Harvey Consulting (BHC) ROAS study of $2.2T in sales vs. $48B in adspend, sponsored by Fox and powered by Standard Media Index, IRI, IHS Markit Polk and NPD CREST, content marketing came up as statistically significant for a number of brands, despite its budgets being dwarfed by paid media.

Once we put Purpose on TV in ad pods and sponsorships, watch the numbers rise.

It's obvious that the public wants there to be charismatic and inspiring leadership from someone. Let it be you.