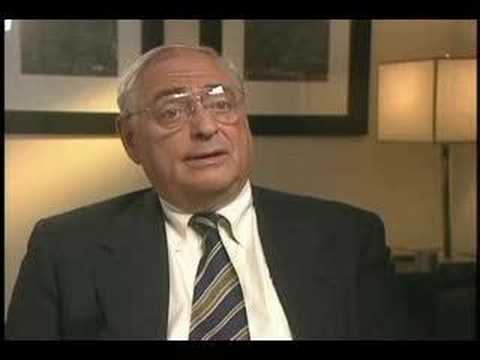 Here's a secret about Fred Silverman.  He loved radio.  He was obsessed with its details, economic elegance and ability to engage.

When Fred was appointed CEO of NBC in the spring of 1978, his early mission was to re-vitalize the radio division.  Toward that goal he, oddly, hired a 26 year old to be head of the FM Group after I convinced him I knew stuff.  What I knew was that there was a huge hole for entertaining 25-34-year-old women on the FM band.  No, really ... at the time no station was targeting young women on FM.

Here's what Fred did.  He committed research dollars, vast capital investment in studios and equipment and an insistence on hiring superior talent.   I needed $1,000,000 to promote WYNY for one book.  In the meeting he looked at NBC TV's CFO and said, "Cancel that concert special and give the money to Walter."  Gotta love that.

When he was hired, the NBC FM stations were not considered to be radio within the halls of 30 Rock.  The AM stations were "radio."  The FMs were "FM."  That could be confirmed by a look at the signs outside the elevators.  They read, "WNBC Radio" and "WYNY FM."  That same signage appeared in every city.  The FM just wasn't radio!  From the moment Major Armstrong feuded with General Sarnoff, FM was orphaned by the company that invented it.  Until Fred Silverman.  He believed in the under-nourished medium of FM and blessed the hiring of world class GMs and talent including Dan Daniel, Dick Summer, Don Bleu, Art Roberts, Joel Sebastian, Catherine Smith and Tom Parker.

The format that we put on also had no name.  Some called it FM MOR.  But it quickly became known as Adult Contemporary.  It was launched at WYNY New York, WKQX Chicago and KYUU San Francisco.

In Washington, D.C., we launched another format lead by Donnie Simpson.  Urban.  Within one book, Donnie took WKYS from a two share to a 10 share and to No. 1 in the city.  That was Donnie's genius.  WKYS, under Ray Yorke and Bart Walsh, delivered the highest profit margin of anything owned by RCA.

Fred Silverman was my mentor and my family's friend.  Real friend.  Thanks for my career, Fred.  you were the best radio programmer who ever lived.

Walter Sabo is a Westwood One network talk show host aka Walter M Sterling. His show, Sterling on Sunday, is aired live Sunday nights at 10 PM-1AM Eastern. Walter Sabo is the Chairman of Sabo Media, a company that offers executive-on-demand services. He has …