Ratings Rise and Ratings Fall: Is it the Network or the Star? 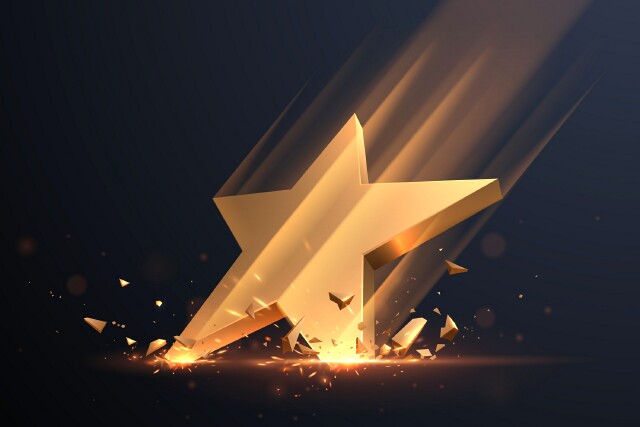 I was always taught that people watch content, not channels. There are caveats to that lesson -- not least because when I was taught it there were quite literally two TV channels. I believe there are more now.

There were also always exceptions. If a major event deemed to be of national importance -- like a huge sporting event -- was shown simultaneously across both BBC and ITV, the BBC always won the larger share of the audience.

Same content, but one channel considered for whatever deep-seated reason to be more "appropriate" than the other.

I’ve been thinking about this channel versus content balance a lot this week as yet another new TV channel burst upon our screens. This is TalkTV, owned by Rupert Murdoch’s News U.K. and a stablemate of TalkRadio, which launched on April 22.

The launch of the new channel (which for much of its off-prime time on air screens simultaneous videocasts of the radio show) was dominated by a new, original show titled Piers Morgan Uncensored, featuring the man himself interviewing Donald Trump.

For readers unaware of Morgan, he used to be a showbiz writer on News U.K. title The Sun. He edited The News of the World at 29 before moving on to become Editor of rival tabloid The Mirror. He moved to the U.S. to take over Larry King’s old gig at CNN before the show was cancelled as a result of poor ratings.

In more recent times he co-presented a mainstream breakfast TV show, Good Morning Britain on ITV, before storming off set as a result of a perceived insult and leaving the show.

He’s what we would call Marmite -- some love him, others loathe him. (Who said ad slogans never enter the lingua franca anymore?)

Anyway, Piers signs with Murdoch as the face of his new TV channel, a venture that it’s boss Rebekah Brooks had already declared to be a commercial non-starter before Murdoch’s initiative; and persuades his old friend President Trump to be interviewed on opening night.

Whether you see this a major editorial coup, or a rather sad locking of horns by two ancient stags is up to you.

One of the joys of Twitter is that we can all rant on with our expert opinions on stuff about which we know very little. Sometimes Twitter and my particular expertise touch.

One of the subjects I do know a little about is audience measurement -- and once Piers and the Donald had done their stuff Twitter became a veritable online ASI meeting. Who knew so many knew so much about ratings?

My favorite was the guy who had a go at me about audience numbers. (I had suggested that actually most people do use the BBC and do, in general, like it.) His view is that all audience numbers are nonsense and that we should be paying attention to the "real information collected by people like Sky and Netflix."

But let’s set all the technical stuff (like who’s telling the truth and who isn’t) aside and focus on what was said by the main players.

Morgan announced an audience of between 300 and 320,000 for his Trump interview. This he claimed beat BBC News and indeed everyone else.

Of course, it didn’t. What he meant was his show performed credibly against the BBC News channel; it was way, way behind the numbers delivered by the main evening news on either BBC or ITV.

Without Trump subsequent Piers Morgan Uncensored shows have struggled and seem to have settled at about 60K – 65K.

Piers has of course now rubbished all audience data and instead quotes a worldwide online reach over 50 million. Yes, quite.

Back in the real world, Morgan’s presenting partner from his days on Good Morning Britain, Susanna Reid, secured a live interview with Boris Johnson which is said to have reached a live audience of around 1.3 million.

Let’s assume that Johnson equals Trump; Reid equals Morgan (big assumptions I know). But the fact is Reid and GMB delivered an audience four times larger than Morgan and TalkTV.

Which only goes to show the importance of channel plus presenter. If as a presenter you go elsewhere, you don’t take all your audience with you.

Yes, of course, drama is different; yes, people carry on watching their favorite formats even if they switch channels. But I suspect news is pretty habitual.

Piers Morgan is a big name, but in part he’s a big name because of where he’s appeared. He’s helped the channels he’s been on; and they’ve helped him.

Even stars (especially stars?) can get ahead of themselves.