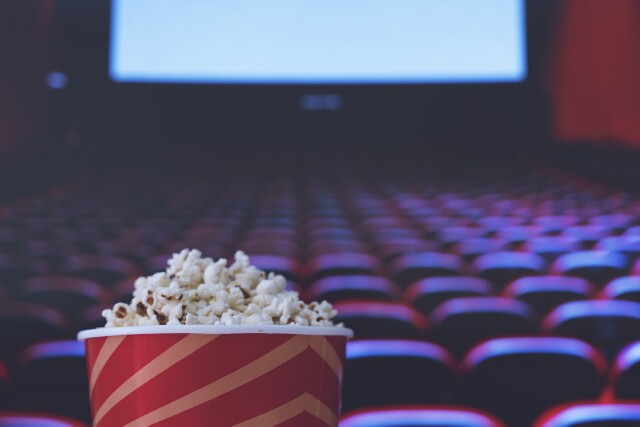 (Editor's note: This is the second part of a two-part column commemorating the ninth anniversary of film critic Roger Ebert's death on April 4, 2013.) Roger Ebert was a Chicago man (again, this was before the concept of the "Florida Man"). And like Saul Bellow or Joseph Epstein, the latter in my view being the greatest living writer to hail from that city, Chicago scenes would reliably find their way into Ebert's writings. Just as one wonders if, as the decades tick on, we might look back and say there was a "Chicago School" of writing just as there is one of economics, one cannot help but speculate that Ebert, if he were alive today, would, for instance, share in my appreciation of the gentle sentimentality in the notorious brute Dick Butkus', one of the most recent (and unexpected) immigrants to the world of Twitter, frequent end-of-the-night imploration, in all lower case, of course, to "stay safe chicago." This is all the more impressive given that this urging comes from a man who hasn't lived there for decades. ("You can take the man out of Chicago, but you can't take Chicago out of the man.")

Joyce could never (and never wanted to) mentally leave Dublin; Frank McCourt might have come to New York, but Limerick stayed with him ("You can take the man out of Ireland…"); but Ebert never left Chicago. Although, contra Joyce, he left mentally plenty (films, by their very essence, tend to be less parochial), there were no moves to New York, no changes in post to a more prestigious newspaper; he famously rebuffed the Pulitzer-laden Washington Post's overtures to lure him away from the Sun-Times by quipping, "I'm not gonna learn new streets." Personally appreciative of a philosophy of limits and of what I have previously called "institutional loyalty," I always admire when a person picks a place and stays with it.

What perhaps most stands out about Ebert today, looking back from our vantage point in the spring of '22, is how in our post-icon era, this was a man whose name was synonymous with an entire genre. Ebert's name meant film criticism -- in a way that Seymour Hirsch's never completely meant investigative journalism or even George F. Will's and conservative commentary. As the aforementioned New York Times obituary for Ebert put it, citing San Francisco Chronicle film critic Mick LaSalle, "In the century or so that there has been such a thing as film criticism, no other critic has ever occupied the space held by Roger Ebert." As such, a sense of nostalgia inevitably pervades contemporary engagement with Ebert's work, for both the quality of his writing and for the degree to which he towered over his fellow critics (despite Gene Siskel's occasional protestations), both through the content of his reviews and through his way with words.

My friend Paul Krause, another Epstein "fanboy," assures me that there still remains a fine crop of literary and art critics today ready to take over the mantle from the current octogenarian standard-bearers. And I believe him. My concern is not whether there are indeed talented writers still to be had but, rather, if there will be an audience left to appreciate them.

By 2008, Ebert seems to have been wondering if even watching movies was on the decline -- not to mention imagination, the act of thinking, and by extension, God forbid, reading criticism. As he put it in the opening paragraph of his review of Charlie Kaufman's Synecdoche, New York, a film he loved, "A lot of people these days don't even go to a movie once. There are alternatives. It doesn't have to be the movies, but we must somehow dream. If we don't 'go to the movies' in any form, our minds wither and sicken."

This idea of traveling in one's mind features prominently in Ebert's assessment of the 1981 film My Dinner with Andre, a picture Ebert described as being "entirely devoid of clichés." As Ebert told Siskel, "The movie is like listening to a radio play in that although you see two people on the screen, in your mind, you're also seeing these strange and weird and wonderful scenes and experiences." Perhaps this is also why Ebert chose to invoke this passage written by Vincent Van Gogh in that essay on death: "Looking at the stars always makes me dream, as simply as I dream over the black dots representing towns and villages on a map. Why, I ask myself, shouldn't the shining dots of the sky be as accessible as the black dots on the map of France? Just as we take a train to get to Tarascon or Rouen, we take death to reach a star."

Why has there been this renewed interest in Ebert's life? Why, in the time since his death has, for instance, the documentary version of Life Itself attracted the attention that it has; why did the film reviewers of today spill so much ink over it, using it as a segue into discussing the very essence of criticism; and why do the tributes to Ebert still keep appearing? Surely, it is more than just the tenacity he showed early in his career (a near-prerequisite for getting started in this industry), his oft-discussed "populist" approach, or the way he never let his cancer break him. It was, upon reflection, simply the quality and timelessness of his writings. His reviews spoke for themselves.

In 1982, the theologian and philosopher Peter Kreeft published a book titled Between Heaven and Hell: A Dialog Somewhere Beyond Death with John F. Kennedy, C. S. Lewis & Aldous Huxley, which consists of an imagined conversation among the three men, all of whom died on November 22, 1963. Articles listing the most notable people to have died on April 4th tend to feature Roger Ebert second and, first, Martin Luther King Jr. (April 4th, as U2 reminds us, can be a metonym for the assassination of King.) Although unlike Kennedy, Lewis, and Huxley, Ebert and King died in different years, we can only imagine the conversations those two men might have had "beyond death," particularly of the political variety.

In closing, I cannot help but wonder what Ebert would have made of the hagiographic tributes that appeared in the days immediately following his death and have continued, frequency admittedly slowed, in the years since. Given his vivid writing about his alcoholism, his long-standing bachelorhood (prior to meeting his wife Chaz, whom he described as "the great fact of my life" and "who saved me from the fate of living out my life alone, which is where I seemed to be heading"), or the fact that one friend was quoted as saying "[Ebert] is a nice guy, but he's not that nice," it might seem strange to him to be the recipient of such outpourings of praise. What did Orwell say? "...any life when viewed from the inside is simply a series of defeats." But, again, the details of his life notwithstanding, the quality of his reviews is reason enough to keep him at the forefront of our memories, even today when the particulars of biography often come to subsume the tangible accomplishments of a man.

On August 11, 1993, Roger Ebert gave Steven Zaillian's Searching for Bobby Fischer four stars. The film's title alludes to the search for the next chess great, for the next individual who would come to dominate and define an entire vocation. As Ebert wrote in that review, despite Fischer's remarkable success in chess, "His life does not inspire envy." Today, film criticism -- and I would argue criticism, in general -- is in search of its next Ebert or even its next crop of Eberts (a world with multiple great critics would certainly be nothing to complain about). But from what we know about Ebert the man as well, a blemish or two aside, his life does, in many respects, actually inspire envy.