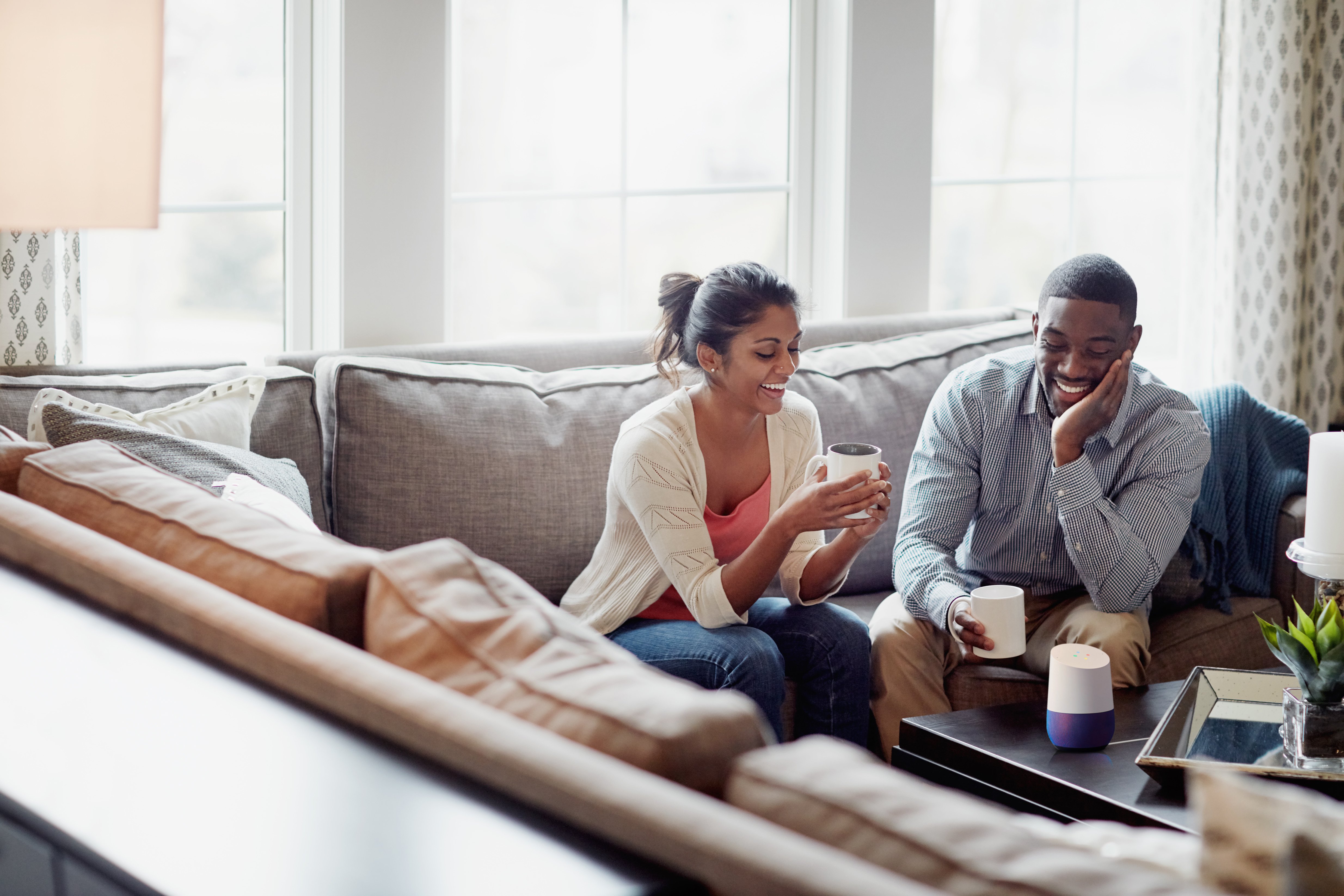 As voice-activated smart speakers like Amazon's Alexa devices and Google Home products earn spots in more American living rooms and kitchens, these devices offer a new gateway for media companies like NPR to connect with consumers.  Smart speakers are transforming how, when and how often consumers access audio.  They're listening more, at new times and in new places, including the home, where traditional AM/FM radios are becoming rarer.

Currently, 43 million Americans (18+), or 18%, own a smart speaker, according to NPR and Edison Research's Spring 2018 Smart Audio Report, and three-quarters of consumers have purchased their devices in just the last year.

To keep up with growing demand, manufacturers are launching new products, including Amazon's latest Alexa lineup -- which features a more powerful Echo Dot, a microwave and a subwoofer -- and Apple's HomePod speaker.  Amazon dominates sales, but Google is gaining ground, and its Google Home Mini ranked as the summer's fastest-selling smart speaker.  Recently, Google launched the Google Home Hub, a high-quality speaker paired with a 7-inch touchscreen that contains the Google Assistant.

"The speakers are really a great opportunity for people to listen to audio, and since they purchased their devices they tell us they are listening to more audio," said Susan Leland, NPR's Associate Director for Audience Insights.  "They're using audio in their homes in a way they haven't in a really long time."

Smart speaker owners' latest behaviors and demographics complement NPR and its member stations' on-air activities.  In the Smart Audio Report, users name news and current affairs as content they would be most interested in getting on their speakers, followed by comedy, music, arts and culture.  They're also younger than NPR's broadcast audience, with about one-quarter of NPR's smart speaker users under 35-years-old.

For NPR, smart speakers and voice tech present avenues to attract new audiences and engage current fans on a new platform.  NPR itself was an early adopter of voice technology, and the organization places a high priority on researching consumer behavior and using that to inform its voice work, according to Joel Sucherman, Vice President of New Platform Partnerships for NPR.  "We look at the voice assistance and the smart speakers as existential for us," he said.  "It's not an interesting sideline or nice-to-have.  We are all about producing high-quality audio and delivering it to our audiences however they choose to tune in."

When Amazon launched its first Alexa speaker in 2014, which was followed by Google Home's debut in 2016, tech-savvy "first adopters" were the most likely to purchase them.  More recently, a larger audience called "early mainstreamers," who are still on the leading edge of technology but wait a little longer before buying, has emerged as the driving force behind smart speaker adoption, Edison and NPR's study reports.

"Early mainstream" owners are more likely to use their speakers for everyday tasks, including listening to news, weather and traffic, which dovetails nicely with a news organization like NPR.  "They're more audio-focused," Leland noted.  "They listen to more news.  They listen to more podcasts than the first adopters."

In another boon for audio programmers, Edison's Senior Vice President of Strategy and Marketing Tom Webster said 38% of recent buyers purchased the devices with a goal of reducing screen time on smartphones, TVs and tablets.  "This technology is absolutely increasing audio consumption," he said.  "These consumers are being very intentional about this behavior."

More than half of smart speaker owners say they own more than one device.  These consumers expect successful voice interactions, Sucherman noted, and they want easy navigation and responsiveness.  While device manufacturers improve their artificial intelligence, he said NPR continually fine-tunes its voice work to make sure utterances are consistent and interactions and commands are intuitive.

"We built an Alexa streaming skill which allows you in, let's say Seattle, to identify exactly which of the three Seattle NPR stations you would like to listen to and not just sort of some random choosing from another company's whim," he offered as an example.

NPR's on-demand content, including podcasts, also needs to be easily discoverable, Sucherman explained.  To support that, the network's NPR One platform seamlessly integrates with smart speakers, allowing users to find their favorite shows on demand or access a personalized stream of national and local stories including NPR News Now, the top-of-the-hour newscast NPR produces 24 times a day, so it is never more than an hour old.

As NPR continues its voice work, the recent Smart Audio Report yielded some helpful intelligence, such as smart speaker listeners wanting shorter segments, Leland revealed.  For instance, while most podcasts run 30 minutes or more, smart speaker listeners prefer 15-minute episodes.  Some of NPR's podcasts, such as daily news podcast Up First or financial podcast The Indicator from Planet Money, are shorter in length and ideal for smart speakers by design, she said, while others could be adapted.

Looking ahead, Sucherman said NPR is developing original content specifically for voice-activated devices, as well as interactive voice content.  For example, he said, if a user was listening to a newscast or podcast and wanted more information or historical context, they could ask for additional information.  That would trigger access to NPR's rich audio archive of interviews and reports.

"We want to be in a position to answer questions with either the latest news or with information that is contextually relevant," Sucherman explained.  "We have almost 50 years of archives that could be valuable in an evergreen context or when something becomes interesting or is in the news again."

With smart speakers, one challenge that NPR -- and really any media organization -- faces is helping users discover and interact with their skills and content.  To educate the audience, NPR regularly promotes its skills on-air.  Leland said the organization also tracks other ways users say they learn about skills, including word-of-mouth and YouTube.

Digital audio can help, too.  When a podcast is mentioned inside another show, it helps drives users to new programs, Webster explained, and that plays to the strengths of voice technology.  "Cross promotion on the device is native to the technology and is really key to growth," he said.

While it is still early innings, consumers are expressing openness to interacting with brands on their devices.  In the Smart Audio Report, 81% of smart speaker owners said they're open to skills from brands, while "early mainstream" owners purchased an average 2.7 items via their speakers in the last three months and 12% bought six or more.  "First adopters" bought an average 2.1 items and 11% bought four or more.

NPR's sponsorship subsidiary National Public Media is developing ways to work with corporate sponsors on voice skills, too, such as a new voice landing page for Lagunitas Brewing Co. that just launched in Alexa and Google Home.  It also offers some sponsorship of its Flash Briefings and maintains all of its sponsors' on-air messaging in streamed content.

"By taking advantage of the technology, brands can derive value from the smart speakers," Sucherman asserted.

Despite consumers' openness to brands' presence on voice, Webster suggested that media organizations and brands should tread lightly.  "There is a certain amount of trust given to these devices," he said.  "You're inviting a device into your home that talks back and listens to you.  As long as no one violates that trust, users will continue to engage with these devices for more commerce."