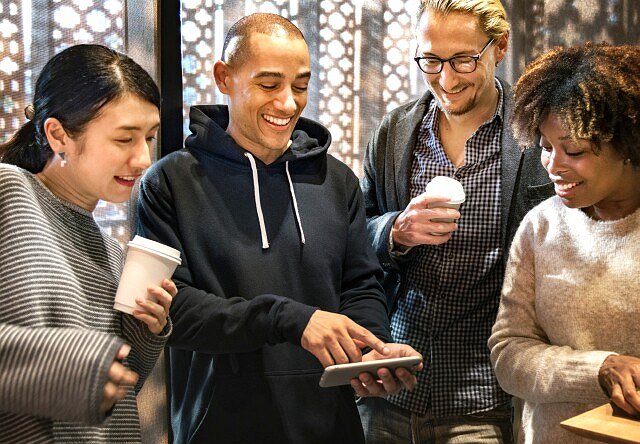 Media thinkers have been discussing the decline of the general market and mass media, all-purpose media mixes, and the rise of more specialized media since at least the 1960s. With the advent of television networks like Spanish International Network in 1962 (which would go on to become Univision), and the rise of cable networks in the decades to follow, specialized media became an investment area for leading marketers. Programming to highly targeted audiences often limited market potential, so some networks conceived for niche tastes, broadened their programming to chase larger audiences, find growth, and subsist in a fragmented and competitive environment.

Today, traditional TV and the endemic media they distribute are encumbered by mature distribution models, diminished audiences and stature, and the growth of multicultural advertising has somewhat languished. Multicultural cohorts like Asian, Black and Hispanic Americans, and LGBTQIA+ communities have all had significant population growth, representing over a combined 40 percent of the total U.S. market. They have real consumer power.

As acculturated as they may be, and as brilliant as ad tech and personalization can seem, the array of psychographic and behavioral characteristics these cohorts exhibit is often discrete from the general market. Yet, they are generally approached with little difference in media planning and buying, save for bifurcating some considerations to specialists with a cultural expertise. This is an unrefined area of media and represents a modest amount of investment.

American households have nearly 10 streaming devices on average today, according to MAGNA. Within households there is room to improve messaging in the contexts a traditional all-purpose mix cannot achieve. Fragmented layer upon layer of program, network, service, platform, device, room, region, time, or co-viewership provides relevant contextual opportunities informed by more comprehensive and shared multicultural consumer insight. Media plans today require more differentiation to have the level of contextual relevance marketers need to establish the trust that builds brands. Multicultural consumers have led converged social and demographic trends that underscore a critical need to understand notions of culture and inform a range of tactics to communicate more effectively.

For example, recent research from MAGNA and Vevo shows that Asian and Black Americans are more likely than others to seek out video on mobile and CTV, leaning into ad supported sports and music content, two of the last bastions of programming with strong coverage and culturally relevant cachet. Black Americans are also more likely to watch for longer durations and are measurably more attentive to ads on CTV. Asian American consumers are likely co-viewers of CTV experiences. They often seek out informational content, led by older generations, while younger generations may choose to watch music videos. Hispanic Americans often default to mobile viewing as well, driven by the Spanish-dominant. Longer viewing sessions are led by their bilingual and English dominant counterparts watching on CTV and are highly receptive to ads. Latin music content is a cornerstone of cultural identity among this cohort.

Streaming and social media are the very heart of multicultural growth opportunities. Fragmentation has meant buyers must work harder and consider more nuanced, granular placements, with specific multicultural executions. It requires knowing what each media being considered stands for socially, in open and inclusive contexts that speak to or feature a specific cohort, like same-sex couples. It also means rethinking geographic considerations missed in traditional all-purpose approaches.

America's largest cities today house a consolidated population and represent a disproportionate amount of consumer volume. These areas are driven by multiculturalism. Nearly one in three U.S. consumers live in the top 10 U.S. markets, and this coverage extends to over 44% of multicultural consumers, according to Census estimates. This underscores the importance of localized executions independent of, and complementary to, any national buy. These major metro areas house the innovators and tastemakers who buy or create what is soon popularized in more suburban neighborhoods, eventually taken up by mainstream consumers.

Stronger multicultural efforts are also critical for reaching target audiences more fully and recapturing many disaggregated addressable markets. As the final chapter of mass media comes to an end with TV's great pivot into streaming, brand building has undoubtedly suffered from chasing short term opportunities at the expense of nurturing connections. Practical choices have routinely trumped more thoughtful considerations for media investments, where there is a bias toward meek amendments to last year's executions. This inertia has impeded marketing tethered to changed media behaviors and contexts.

Many modern businesses are built and thrive on the fundamentals of quality experiences for consumers that account for taste and differentiation. Media executions should reflect a similar spirit. The general market is synonymous with a generic consumer, while refined strategies rooted in cultural insights drive increased effectiveness. To centralize strategy around this perspective acknowledges the multicultural opportunity accordingly. To successfully paint a brand's edges to each corner of its total addressable market, marketers should be unambiguous. There are a handful of macro trends serving as powerful catalysts, that have given rise to new contexts like CTV and mobile video, reinvigorated local media's importance, and modernized potential for brand development.

For more information about Vevo's advertising solutions, our distribution network, how we program, perspectives on media and more, please visit Vevo.com.

Bryon heads up the research organization, leading all of Vevo’s research operations including, Audience Research, Advertiser Research, Consumer Insights and Artist Insights. Bryon is based out of the LA office. Bryon joins Vevo from Otter Media, where …