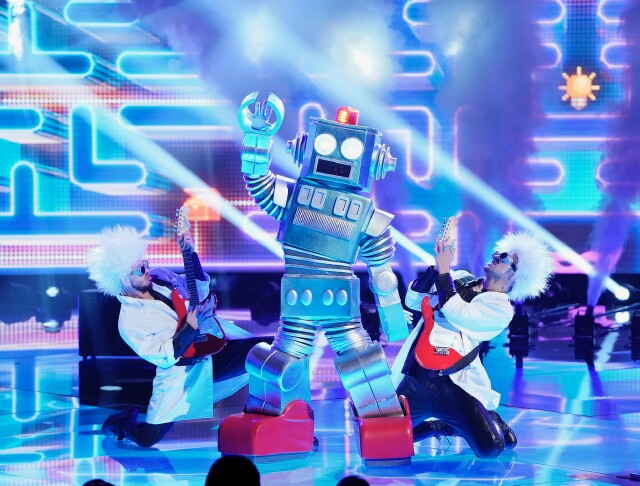 The third season of Fox’s mega-hit The Masked Singer, in which celebrities disguise themselves as bizarre creatures in order to compete in an anonymous singing competition, premieres Sunday in what is often referred to as the best time period in all of television – the hour after the Super Bowl.  Host Nick Cannon and returning panelists (pictured below, left to right) Robin Thicke, Jenny McCarthy, Ken Jeong and (far right) Nicole Scherzinger will be joined on this special occasion by Jamie Foxx (second from right).  In keeping with the series growing popularity, eighteen disguised celebrities will kick-off the competition.  According to Fox, together they have amassed 69 Grammy nominations, 88 gold records, 11 Super Bowl appearances, three stars on the Hollywood Walk of Fame, more than 160 tattoos and one title in the Guinness Book of World Records.  “I think the unveiling after the Super Bowl is the biggest one yet,” Thicke shared when MediaVillage recently spoke with him.  “None of us got it right and we were amazed.  I was personally enthralled because I’m a big fan of this celebrity, and none of us were even close to guessing the first person eliminated.  When people see who it is, they will be blown away.

“Season two [did] have some surprises,” he continued.  “But nothing like the one after the Super Bowl.  It’s going to shock everyone.” 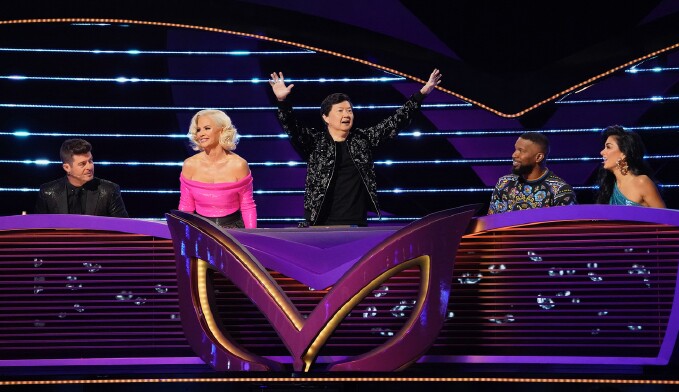 The Masked Singer came out of the gate as a ratings blockbuster for Fox, with season two ending its run with upwards of eight million tuning in to see multi-talented Wayne Brady win bragging rights.  According to Thicke, trying to top each season isn’t a high priority.  “You don’t want to worry about going backward,” he explained.  “I think we’ve enjoyed the first two seasons, and the beginning of the third so much.  I love coming to work, I love the people I’m working with and I think the show is only getting better.  Also, the stars continue to get exponentially bigger across the board, because of the interest from their children.  People like Seal wanted to do the show because [their] kids love it.  That’s what’s happening now.  Our opportunities with the next wave of celebrities are endless.”

According to Thicke, the show’s widespread appeal isn’t relegated to social media-platform guessing games, which is just fine with him.  “I have three children,” he said.  “I mean I am in touch with [social media], but I have to put babies to bed, get them breakfast, and then go to work” he laughed.  “I do enjoy it, but I’m more of an in-person kind of social butterfly.  I was on vacation and 10-year-old kids would come up and tell me who their favorite character was and asked me questions.  It’s different entertainment for different generations.  My family and people my age love the guessing game, but my son and other youngsters like the entertainers in their costumes.  They don’t care about the reveal.  There's something different for every generation to really get into.

“Similar to that, I have a text group that includes 15 of my family members across the country,” he added.  “We stay connected and have something to talk about every week.  It goes into other subjects, but the show has really reconnected some family members that might have only spoken a few times a year.  Now we are in contact every episode.” 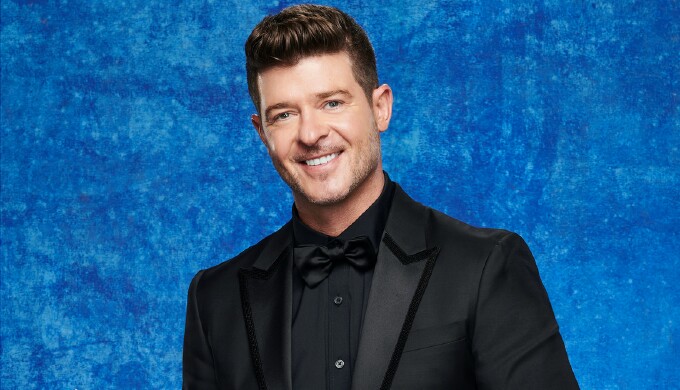 Thicke also shared his insight into why taking the show “live” [as opposed to taping episodes in advance] would never work.  “There’s too much time in between performances with the costumes and setup changes,” he shared.  “The production is too elaborate, and there’s nothing in between to pull you away from the stage like with the Oscars or other award shows.  It’s pretty much in front of you the whole time.  [Also], it takes time for people to get ready for the unveilings, and you have to move out some of the audience to keep it private, so there are a lot of mechanics.”

He is obviously quite at home behind the panel desk.  However, should he ever decide to compete Thicke assures us he already has the perfect disguise in mind.  “I would be a hot dog with good hair,” he smiled in closing. “I’d also have a trampoline on stage and do a lot of jumping stuff, lots of acrobatic work, wearing a Laker’s jersey.”

This special season premiere edition of The Masked Singer will be telecast Sunday, February 2 following the Super Bowl on Fox.