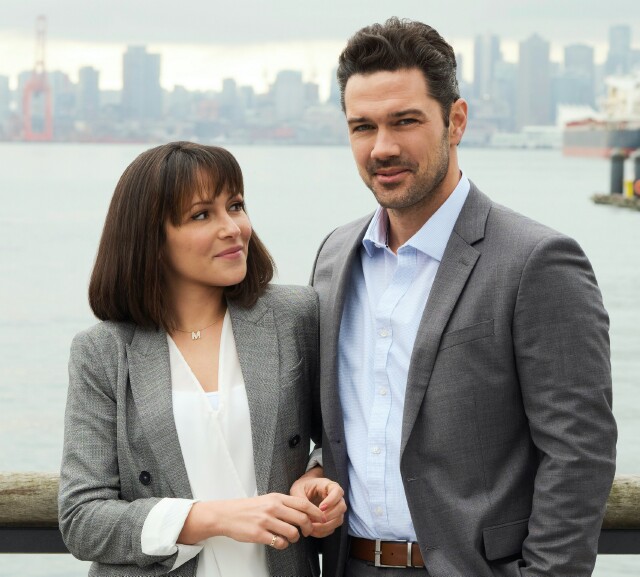 The last time Ryan Paevey appeared on Hallmark Channel, he was helping viewers ring in the Christmas season with the delightful time-travel movie A Timeless Christmas  opposite Erin Cahill. It was his first film for Hallmark after production resumed due to the COVID-19 shutdown, and while he appeared the picture of health on-screen, behind the scenes it was a very different story. "Honestly, it was just nice to go back to work and to have some work," he told MediaVillage during an exclusive interview. "I'm a workaholic, so not working feels really unnatural. Getting back to work and into what felt sort of normal, admittedly with a ton of COVID regulations like physical distancing, face shields and masks, felt really good!

"But I was so sick while making that movie," he continued. "I had a bleeding ulcer for like two-thirds of that film, so all I was hoping was I didn't look super-green on screen because I was so sick. We actually had to have the on-set doctor who tests everybody for COVID pay me a couple of hotel visits with an ultrasound to check things out. I guess I did a good job of fighting nausea."

Thankfully, he recovered and was in fighting form for his role in Don't Go Breaking My Heart, opposite Italia Ricci (pictured at top with Paevey), which receives its premiere this weekend. Paevey stars as Ben Myers, a recently jilted journalist who, in support of his sister Kim (Jordana Grace Largy), whose mourning a relationship loss of her own, signs up to attend Breakup Boot Camp, run by a woman named Miranda (played by Italia Ricci). Knowing he is skeptical that her process of mending a broken heart in six weeks actually works, Miranda focuses her attention on Ben, hoping to break down his walls. However, after Ben is asked to write an exposé on Miranda's practices, any closeness developed between the two is seriously tested.

For Paevey, playing a character that could easily be construed as unlikeable (given the devious nature of Ben's actions) presented the actor with a challenge. "When I first read Ben's character, I was like, 'I don't like this guy, he's kind of douchey,'" he laughed. "So, there were definitely some concerns. What I did like about the story was that while there are things present in this man, who's denying the fact that he has some issues that could be addressed, he meets somebody who becomes his guide through those issues and teaches him that it's okay.

"I kind of liked the fact Ben was flawed," he continued. "He doesn't end up perfect, don't get me wrong, but the film is kind of about owning up to the things that we do and the consequences they may or may not have. I think Ben's acceptance of that makes him a better person by the end of the film than he is at the beginning, and I found that to be the saving grace of Ben." 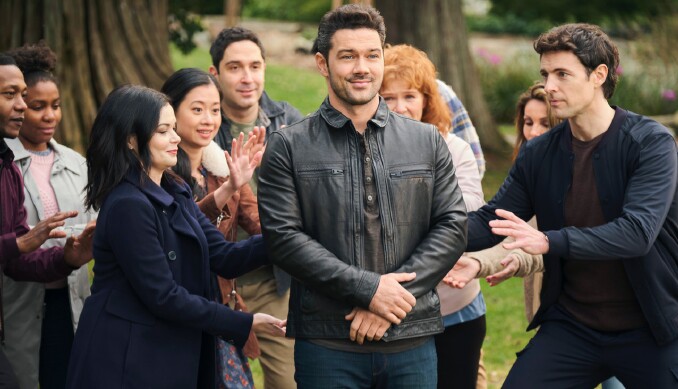 Another saving grace was his co-star Ricci, whom Paevey admits really helped inform his character. "Italia, bless her heart," he recalled. "I would come to her like, 'You gotta help me. You have to help with this scene. We can't shoot it this way. Everybody will hate this guy!' It was really good to have a teammate to help polish some of [Ben's] more testosterone-infused, aggressive tactics.

"After the COVID all-clear, I went over to her place, met her painfully adorable child and her husband Robbie (Amell), then we collaborated," he continued. "We made sure we'd ironed out any wrinkles in every scene and also made it 'us.' Together we tried to soften some things Ben did or said. I was like, 'This feels like no man's land for me. This is a no-no.' It was so nice to have a teammate who was game to collaborate on how to soften him."

As far as being able to mend a broken-heart in six-weeks, Paevey remains open to the idea. "Everybody's road to recovery is unique," he said. "I don't know that there's a specific formula one must follow, or a class, or a retreat. That's not to say those things don't work or won't help but I think everybody processes pain or trauma differently. A classroom setting like in the movie might be absolutely magic for one person, and an absolute nightmare for another.

"I think the takeaway from this film is to be honest with yourself," he added in closing. "Be honest about the things you feel; that includes in the recovery process. If something feels like it's not helping, then it's probably not, and it's a good idea to course correct. There's also something great in the power of letting go. Focus your energy and thoughts on healing and building something positive, rather than holding onto whatever it is that hurt you."