Sarah Schechter:  The Super-Producer Behind All Those Superheroes 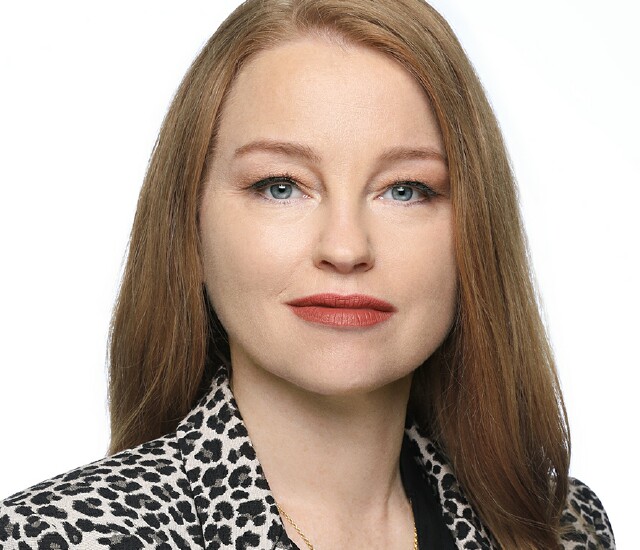 This month several of super-producer Sarah Schechter’s shows premiere, while others return or continue.  Consider how unusual it is to be able to say “several of her shows,” then consider the range of her portfolio and Schechter’s work becomes even more compelling.  On The CW alone, Schechter -- president of Berlanti Productions -- has Batwoman, DC Legends of Tomorrow, Supergirl, Riverdale, Black Lightning, The Flash, Arrow, All American  and (at midseason) Katy Keene.  In addition, she has Doom Patrol  and Titans on DC Universe, Prodigal Son on Fox, Blindspot on NBC, Chilling Adventures of Sabrina  and You  on Netflix and God Friended Me on CBS.  (This list excludes shows that are currently in development.)  As executive producer of all of the above, Schechter oversees details from "the design of a car on a napkin” to "the blood splat on the wall” to the tone of a show.  “Sometimes the only person working on something longer is the writer, and sometimes not even then,” she recently told MediaVillage during an exclusive interview.

It’s no coincidence that Schechter’s series spotlight smart, fearless women and tell complex stories representing all people.  "I do think diversity is a strength and representation matters," she explained.  "I don't live in a world that is all straight people or all white people.  It seems crazy that television wouldn't reflect the world we live in."

Batwoman,debuting Sunday on The CW (right before the season five premiere of Supergirl), features a necessarily fierce caped crusader who happens to be gay.  As dark and edgy as it is, another of Schechter’s shows, CBS’ God Friended Me,is the opposite.  This drama, starring Joe Morton and Brandon Michael Hall, returned for its sophomore season last Sunday and stresses the essential goodness inherent in people.  The CW's All American is similarly uplifting, while Prodigal Son, which recently premiered on Fox, dives into the murky recesses of a serial killer’s psyche.  You, which is moving from Lifetime to Netflix, focuses on a creepy killer, too.

It’s hardly happenstance that so many narratives on so many shows are grimmer these days.  “The world has gotten much darker since the last election,” she said.

A native New Yorker, Schechter recalled that she “spent most of my childhood in front of a TV screen or film screen.”  Her mom took her to see E.T.: The Extra-Terrestrial five times in a row, and she and her dad sometimes watched three movies in one day.

Schechter earned a degree in film theory from the University of California, Santa Cruz, and despite what most parents fret over, she has put it to good use and is now making a significant impact on the television business and the entertainment industry overall.

“I started PA-ing at 18 on indies in New York,” she recalled.  “I became very interested in why terrible movies were getting made.  I thought I wanted to direct.  It was the only job I understood.”

She began her career working for Oscar-winning documentarianBarbara Kopple on Woodstock ’94.  “I love documentaries,” Schechter said.  “It’s a really tough life.  If you are not independently wealthy, I don’t know how you can do it.”  She also worked as a production assistant and eventually an executive for Barry Mendel, who produces for Judd Apatow.  “He would keep going back to the script,” she noted.

Schechter gives much credit to the men who served as her mentors, especially the profoundly prolific Greg Berlanti.  Five years ago, after nine years as an executive at Warner Bros. films, Schechter was named president of Berlanti Productions, overseeing film and television.

Whether the stories in Berlanti Productions shows reflect adults questioning the existence of God, teenagers grappling with their futures or superheroes defending cities (or entire planets), the tone is never one of condescension or snark.  Even when characters with capes and amazing powers zoom about, a realism pervades.

“I need hope and truth,” Schechter said.  As an example, she explains why Riverdaleis inherently different from the vintage Archie comics; Betty and Veronica do not fritter away time pining over the iconic red-headed boy who has touched both their hearts.  “It was very important to me that Betty and Veronica don’t fight over a man,” she noted.  “I have no time for that.”

Schechter is guarded in conversation, but allowed that she is a serious reader, who wants to know about the book poking out of my bag.  Is it good?  Would it be better as a show or a movie?

“What’s exciting is getting to work on so much,” she said.  “I try to read over each script.”  As Schechter considers what her job entails, she added, “Producers don’t lose faith when everyone else does.”  She also doesn’t dwell on the negative; she doesn't waste time fighting with people or trying to decode what others are thinking.

Happily, Schechter takes pride in what she has accomplished.  “When I see little girls think they can be superheroes instead of date them, it’s all really worth it,” she said.