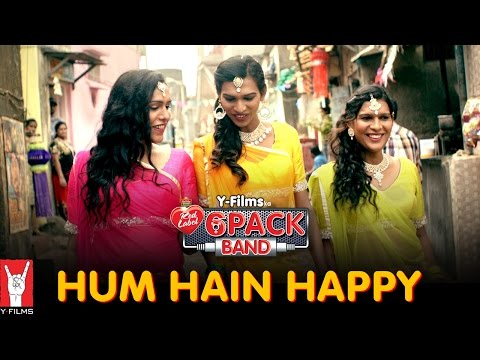 Inspired by Jack Myers' new book, The Future of Men: Masculinity in the Twenty-First Century, this is a weekly blog focused on gender equality. This week, everything that's been happening at Cannes!

On Monday, Mindshare Mumbai was awarded The Cannes Glass Lion -- introduced last year to honor brands who positively address and impact gender equality -- for creating India's first transgender pop group "The 6 Pack Band" in partnership with tea brand Brooke Bond Red Label, USA Today reports. The ad tackles the stigma and discrimination India's transgender community of almost 2 million faces on a day to day basis. "Transgender people in India are ostracized from society with many forced to work as sex slaves in order to survive. …They have restricted access to health, education and public spaces," the video case study declares. Hoping to overcome traditional gender norms, the brand's The 6 Pack Band turned to popular music and dance, creating a number of artful music videos spotlighting transgender people. Their first music video, a cover of Pharrell's "Happy," has nearly 2 million video views. Be sure to watch it at top.

On the first full day of the festival, Madonna Badger, Chief Creative Officer of Badger & Winters and gender equality advocate, told the crowd that the objectification of women hurts business, unveiling the latest video in her campaign #WomenNotObjects, Adweek reports. "Do you know what sex sells? Sex. It actually hurts our brands," she said, later citing a study that her agency did in collaboration with Shelley Zalis' The Girls Lounge, which found that ads that objectified women damaged purchase intent. She also admitted, "I've been objectifying women for a long time. This is not about blame or shame or any of that stuff." The new video (below) is the third installment in the #WomenNotObjects campaign and takes a look at how kids perceive the sexualized advertisements they are confronted with every day.

In another sexism scandal, Cannes Lions is facing criticism after awarding an aspirin advertisement that makes light of sexual consent the Bronze Lion in the outdoor category, The Washington Post reports. The ad (shown below), created by Brazilian agency AlmapBBDO, pictures two strengths of Bayer aspirin and reads, "Don't worry babe, I'm not filming this.mov," which presumably refers to a man filming himself having sex with a woman without her consent -- a sex crime. The ad implies that extra strength aspirin is the solution to that unwanted sex tape. Because of a high-profile gang rape case in Brazil that's currently sweeping headlines, the ad is even more appalling, and its award recognition certainly seems to contradict the introduction of the Glass Lion last year. Not surprisingly, the seven authors who receivied credit for the ad were all men. As always though, Cindy Gallop was all over it, tweeting, "Don't use this to sell aspirin, male-dominated ad industry, & don't award it, male dominated juries. #canneslions." Bayer has announced that it has discontinued the advertisement.

VaynerMedia and Thrillist Slammed for Party Invite for "Attractive Females Only"

VaynerMedia and Thrillist also faced scandal this week after a cringe-worthy email invite seeking "attractive females and models only" for The Wednesday Party, an event both companies were sponsoring, made its way into the hands of gender equality advocate Cindy Gallop, Adweek reports. The invitation, sent by a third party events company iGetIn, also asked women interested in attending to send "recent untouched photos and/or your Instagram/Facebook links" for review. Only if deemed "attractive" enough would the promotional team send entry details, the invitation indicated. Rightfully outraged, Gallop quickly tweeted out the invitation (see below), writing, "It's 2016, @vaynermedia @thrillist. This is not how you party @cannes_lions." VaynerMedia CEO Gary Vaynerchuk responded quickly by tweeting an apology video to Gallop, saying he was "mortified" by the incident, taking responsibility as CEO and thanking her for pointing it out (see tweet below). Vaynerchuk also reached out to those who received the invite individually to apologize. In an internal email, Thrillist CEO Ben Lerer wrote, "No one at Thrillist (or Vayner for that matter) knew anything about what this vendor was doing and we are clearly appalled by it," noting that the company would be more cautious with third party vendors in the future.

Uniliver, the Owner of Magnum and Lynx, Vows to End Gender Stereotyping in Its Adverts