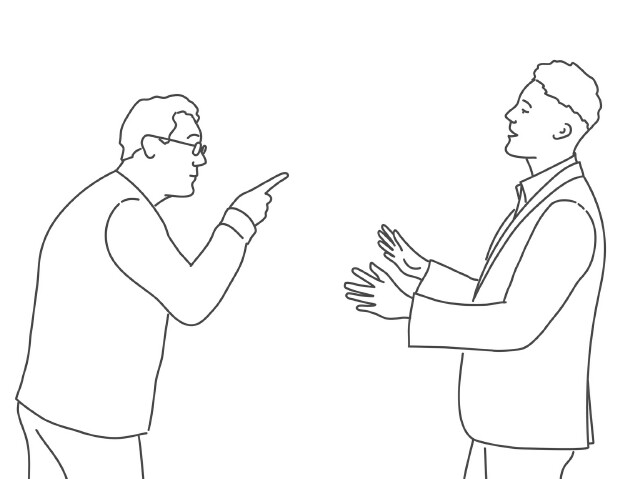 These are challenging times for media channels. Politics has become increasingly divisive in many countries, leading to accusations of bias from both sides of the divide in how the media reports.

"Truth" is an increasingly elastic concept, with anyone putting the counter argument being seen as straight wrong. Discourse, exchanges of views, civilized argument and debate are all in short supply.

In the U.K. we are currently witnessing the spectacle of the governing party, the Conservatives, choosing a new leader to replace Boris Johnson. The person selected by around 160,000 Conservative Party members will become the next Prime Minister.

This process involves what seem like endless hustings hosted by this or that broadcaster and featuring the two candidates performing in front of those with a vote. (Remember the voters in this case are a slither of the population and are by no means representative.) The candidates play to the gallery, going for instant applause over any discussion around detailed policy intentions.

One guaranteed crowd pleaser is to blame the media -- for pretty well anything, and certainly for the downfall of the current PM. The same "blame the media" phenomenon was seen in the U.S. during the last election cycle at Trump rallies.

Never mind that much of the time the media were reporting on certain behaviours.

This is not a political blog, but this "shoot the messenger" thinking is dangerous. Omar Oakes summed it up well in his Mediatel Media Leaders column this week.

The question is, what can or indeed should the commercial side of the media industry do about it, if anything?

I commented on Oakes' piece at the time and make no apology for making the same points again here.

I see two courses of action, one regulatory, one commercial.

On the regulatory front, letting the Conservative Governments of Cameron and May get away with cancelling Leveson 2 without so much as even a minor fuss was a mistake. Leveson 2 was the recommended follow-up to Lord Leveson's enquiry into phone hacking to fuel stories in our newspapers.

Part Two was planned to address the oh-so-cozy relationship between newspapers, politicians and the police. It was quietly dropped following pressure from key newspaper proprietors.

Advertising trade bodies and lobby groups should call for it to be resurrected as a way of rebuilding confidence in an independent, free press. Commercially, today's sales directors really have zero influence over their papers' editorial policy.

It was not always so. Harold Evans, the legendary editor of The Sunday Times (pre-Murdoch) famously consulted his sales director before embarking on his landmark thalidomide campaign. He (Evans) would no doubt have done what he did anyway (and his sales director encouraged him to do what he saw as the "right thing" in any case), but the point is he did think it important to consult.

What about the influence today of advertisers, and pressure groups like Stop Funding Hate?

Advertisers buy audiences. They are or should be agnostic editorially. Would you prefer a newspaper edited by Paul Dacre or Procter and Gamble? The very fact that I am asking that question should make the point.

Advertisers define the audiences they want to reach in a number of ways as we all know.

What if certain beliefs, even political beliefs were an audience determinator?

What if political persuasion was a demographic? What if TGI's lifestyle questions included statements on topics like immigration, or even Brexit? What if you could buy campaigns against a target of committed remainers, or leavers?

It is not correct to say these views have no impact on purchasing. It would be interesting to ask James Dyson (a famously committed Brexiter) whether his views impacted sales.

Why would the Dyson people want to target committed remainers with their ads?

What if a newspaper's more extreme editorial views had commercial consequences?

It's an interesting question that I have posed before (here in 2017).

But here's the thing. The Cog Blog is non-commercial. I don't charge anything for it as it gives me the freedom to be, to paraphrase Bob Hoffman, "an indiscriminate insulter."

But I do look at the number of people accessing the posts -- this varies by a factor of 10, even 20. And this one, on advertisers and editorial, was way down the league table. For such an important topic, this surprised me.

In the last five years the issue has become more extreme.

We should not ignore this matter. We are due a debate.