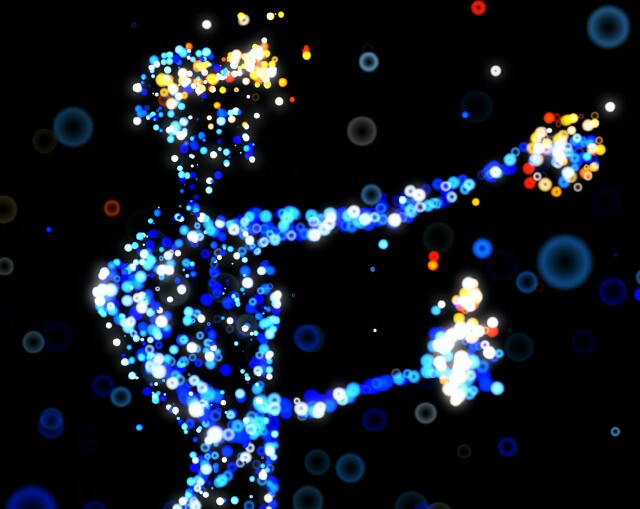 At 9 p.m. every night of the week at Hotel Brickman everyone filed into the theater for the nightly show. I was twelve years old. They had me working the spotlight, even for Tony Bennett. It was easy for me after so many summers there to fall into step with television, with its similar practice of putting on shows at set times. Television was merely following the successful use of that format in radio. Why shouldn’t TV shows go on at certain times, just like radio shows, just like movies, just like vaudeville?

When I was 30 years old, NBC’s Paul Klein made up an idea he called Video On Demand. It stuck in my mind. In 1993 almost nobody in Hollywood knew what I was talking about when I used the phrase. I had to explain it to Oliver Stone and Francis Ford Coppola and everyone else, because my 1990s tech company Next Century Media (NCM) had a plan to digitize all movies ever made, capturing them in Ultra High Definition (6000 vertical lines of resolution, equal to 35mm) as a means of preserving the content which was rapidly fading away in the nitrate base film stock triple separation negatives used for “preservation” that worked for only a couple of decades.

The NCM proposition in the early 90s was for NCM’s investors to invest the cost of digitization in return for exclusive VOD rights until those costs were recouped. Then the VOD rights would become non-exclusive.

One morning I woke up at the Drake in Chicago and saw the headlines in the newspaper delivered along with breakfast. My partner IBM had gone and sold the VOD idea to the world and our stealth approach was going to need a major pivot. I decided to focus just on the addressable commercials and the set top box return path data part of the plan. Now, almost 30 years later the American Academy of Television Arts & Sciences is giving me and NCM an Emmy® Award (on April 25, 2022) for inventing and pioneering the technology implementation of the first privacy protected big data -- television’s set top box data, now rapidly morphing into digital server logs.

Today, VOD in the form of streaming is rapidly replacing the idea of “shows” because there are no time constraints. You watch or do whatever you want whenever you want. Within a few more years virtually all of entertainment television will be used that way, whereas timed live news and live sports will persist into the far future. Showtime will come to mean the first available moment a particular episode becomes available.

When I first got into the business Nielsen was reporting that the average U.S. adult spent 4 hours a day with TV. Today that number is 10 hours, but it is for all screens combined. And it’s not just for shows. A gradually increasing share of screen activity has been migrating from shows to other uses, which I group as “curiosity mode” -- the experience in which one floats around following momentary hunches and interests, or plays videogames, or does all the other fun things you can do besides watching shows. The two use cases can intermix, such as when the floater gets interested in a show in progress or stumbles upon a VOD program that seems interesting.

With a digital controller in the hand or voice command one can play the intermix even more easily. With augmented and virtual reality (AR & VR, now together called XR) embellishments the curiosity use case could become dominant. Perhaps one mix of the near future will be going to the movies with a friend met in VR. Some will go to a museum or exotic beach in a far-off country with a friend met in VR.

Paul Klein, who coined the term “Video On Demand,” also coined another term, “LOP,” standing for the Least Objectionable Program theory. Paul saw that no matter how good or bad the shows were, the total usage levels of television remained high from night to night, each night having its own typical high level, always more than half the population, all watching shows, not indulging their unbounded curiosity unleashed from a static framework of sit-down shows.

Because the TV usage levels were steady regardless of quality, Paul concluded rightly that it wasn’t the shows people were watching, it was the medium itself. The audience liked the couch potato "entertain me" experience with the changing pictures and interesting talk and drama and laughs. “They will watch anything, so if they don’t like one show, they will circle the dial to find the LOP, and stay there, rather than turn the box off,” Paul said. That was indeed a more forgiving time.

What we thought of as a tough audience back then was a walk in the park compared to today’s audience. ADD and ADHD were in their infancy then. Acceleritis had reached DEFCON 2 but now it’s at DEFCON 1.

The old guard knows how to make successful shows. Now the new entertainment providers coming out of the technology sector have quickly found the best creative talents and co-opted them -- leaving them as day workers and therefore not yet having their loyalty.

But no one is figuring out how to use those talents to create the new type of content that wins in the no-show environment sought when the user feels like curiosity instead of feeling like shows?

Quibi took a first shot at it. Best to grok that case before leaping off in a guesswork direction.

Quibi had not departed from shows. They were still perceived as the proscenium arch, the open wall -- they were still shows, just shorter episodes, not “curiosity.”

Curiosity is user-driven second to second. The best way to understand the possibilities is to watch Hyperland, the classic 1990 documentary by Douglas Adams.

Even Hyperland did not depict the full-bore VR envisioned by The Matrix, for example. We are far from that degree of realism but can still give people the ability to act out in public situations from behind the veil of The Masked Singer. The possibilities of low-tech role-playing games that can be engaged in within an easy-moving curiosity platform that encompasses all of the Internet and television in one place are endless.

From the perspective of that world which is technologically close at hand in low-res, today’s social media and search curiosity stage will appear neanderthal. It will grow from here to there through the bridge of gaming, massively multiplayer role-playing games (MMRPGs). As they go into first stage low-res AR, the fun begins.

The first one could be here next year. I’ve been working on it since 2000 when we consulted for Worlds.com, where David Bowie had his own World. Worlds was the predecessor of Second Life.

The first game I created to playability level was called Cosmopoly. We played it on a board sitting on the floor. The secret of the game was that it could only be won by the players discovering how to work together. But it was still fun to play even after that was figured out.

The game I was developing for Worlds.com was called Identity Crisis. It starts at a posh cocktail party where your avatar comes into the scene with amnesia and has to rediscover who he or she is. One gradually becomes aware of an undercover spy operation which is going on. Certain actions bring back certain memories. You begin to piece together who you are and the meaning of your role in this game.

These are some of the kinds of content that the Hollywood creative community and today’s TikTok power users could create later in this decade. Picture users able to gain magic powers in VR which allow the user to create new sharable VR worlds in real time.

The main draw for the adult customer in VR and AR will always be the vicarious and safe pleasure of meeting other people and having conversations in exotic settings and the quest to find romantic love or its semblance if only for an hour at a time.

Improv actors and actresses will form the nucleus of each such game, lifting the level of conversation and theater. Shills, one might call them, or rabbis. In the Catskills they were known as the toomlers. The Brickmans’ toomler was Chubby Lentz.

The amazing race we have been in since television began is moving faster now as new technologies inspire creativity to flower in new directions for entertaining and informing humanity for most of their waking hours. Hang on. It gets really wild from this point on.