Sinclair Rolls Out "The Raw Word" 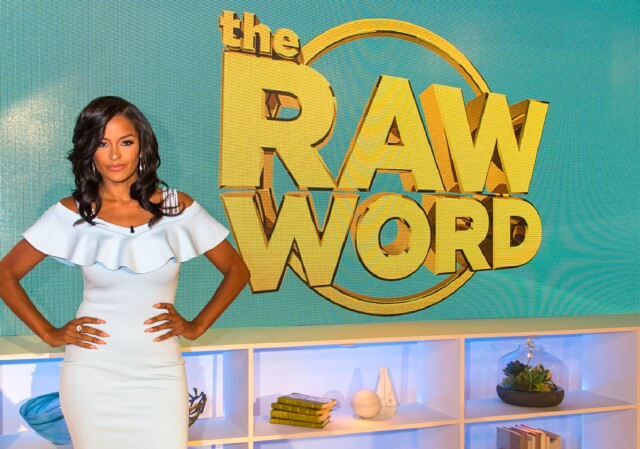 Over the last decade, television station groups from Fox to Tegna have experimented with weekday or early weeknight programming concepts, out to generate one or more series they can syndicate nationally to develop new revenue streams.  The Wendy Williams Show and PageSix TV from Fox, or Right This Minute from Raycom, are among the syndicated breadwinners that launched via multi-week trial runs.

Each episode is a combination of news/pop culture headline conversations, celebrity interviews, lifestyle demonstrations and human interest profiles.  Dyson's co-hosts include Claudia Jordan (pictured at top), best known as one of the Real Housewives of Atlanta, and psychologist Dr. Dan Ratner.  (Jordan, Dyson and Ratner are pictured below, left to right.)  The program originates from CBS Studio Center in Los Angeles, taping a pair of episodes Wednesdays and three on Fridays, all before live audiences. 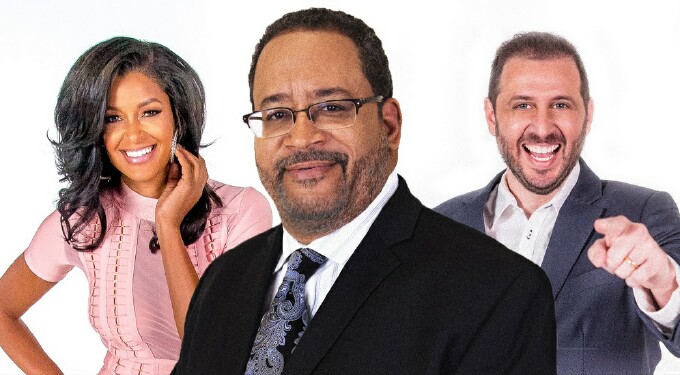 "I'm having a good time," Dyson declared when I interviewed him last week on my Tomorrow Will Be Televised radio program and podcast.  "We're hanging out with some good people, everyday people, ordinary Americans as well as celebrities.  We're trying to bring educational and insightful matters to TV and the American public."

Participating stations in Raw's multi-week test include WPNT in Pittsburgh, WUXP in Nashville, WUTB in Baltimore, EKRC in Cincinnati and WCGV in Milwaukee.  Several stations, including KVCW in Las Vegas and WTWC in Tallahassee, FL, carry the series on a digital subcarrier/multicast channel.

Halfway through this month-long tryout, Raw is averaging a .3 rating and 1 share in its time periods, according to Nielsen ratings.  Among women age 25-54, the series averages a .1 rating and 1 share.  Social media activity is rising, with more than 2,600 Facebook followers and 1,900 Twitter followers.  Dyson anticipates viewership will increase over the final two weeks, thanks in part to appearances by Ice-T (who also serves behind-the-scenes as an executive producer), Common, Ludacris and stars from black-ish and other primetime TV series.  (Common, Ice-T and Dyson are pictured below, left to right.)  Also this week, Raw will have a "Flaunt for a Franklin" talent search, with a $100 bill going to the winner. 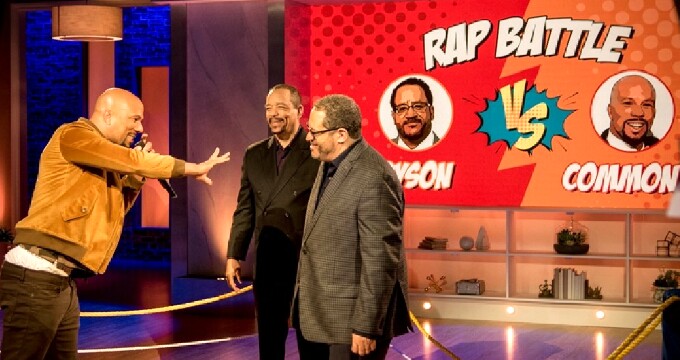 After years playing guest commentator, often at the mercy of a moderator or time crunch, running Raw as both host and off-camera producer is a great change for Dyson.  "Yes … revenge is so sweet," he said with a hearty laugh.  "Since I've been on the other side so often, I know what it's like to be quizzed and queried.  So I try to be respectful, and at the same time, I try to ask questions people want asked, plus avoid questions people are tired of getting asked about.  The role is fulfilling."

Most surprising -- and rewarding -- to Dyson is viewer reaction to some of the opening back-and-forth commentary segments, especially one dealing with protests around the country in the wake of the Parkland school shooting last month, and the more unique notables spotlighted, from rapper/actor Nipsey Hussle to a female filmmaker working with terminally-ill young people.

"I didn't know people would respond as they did to Nipsey," Dyson recalled.  "Here's a guy who was a gang-banger, out on the streets, yet when he talked about his tattoos and what they meant to him, people were able to see a universal point of view."

Sinclair will spend the next few weeks reviewing Raw's ratings and social media performance, then determine what future the program has on a national level.  Dyson believes the series can graduate to syndication as early as this fall if the audience increases.

No matter what, Dyson is grateful that Raw, and Sinclair's willingness to put it on, contributes to expanding diversity on TV.  "We get the chance to show universal dimensions in every color, every race and every ethnicity, every gender, every sexual orientation," he said.  "That's the joy of this show, to find the human register behind all those different identities.  Let's let other people with fresh ideas and identities come into the room, come into play and make something interesting."