TCA: ID and Smithsonian Channel Revisit the Horror of the Son of Sam 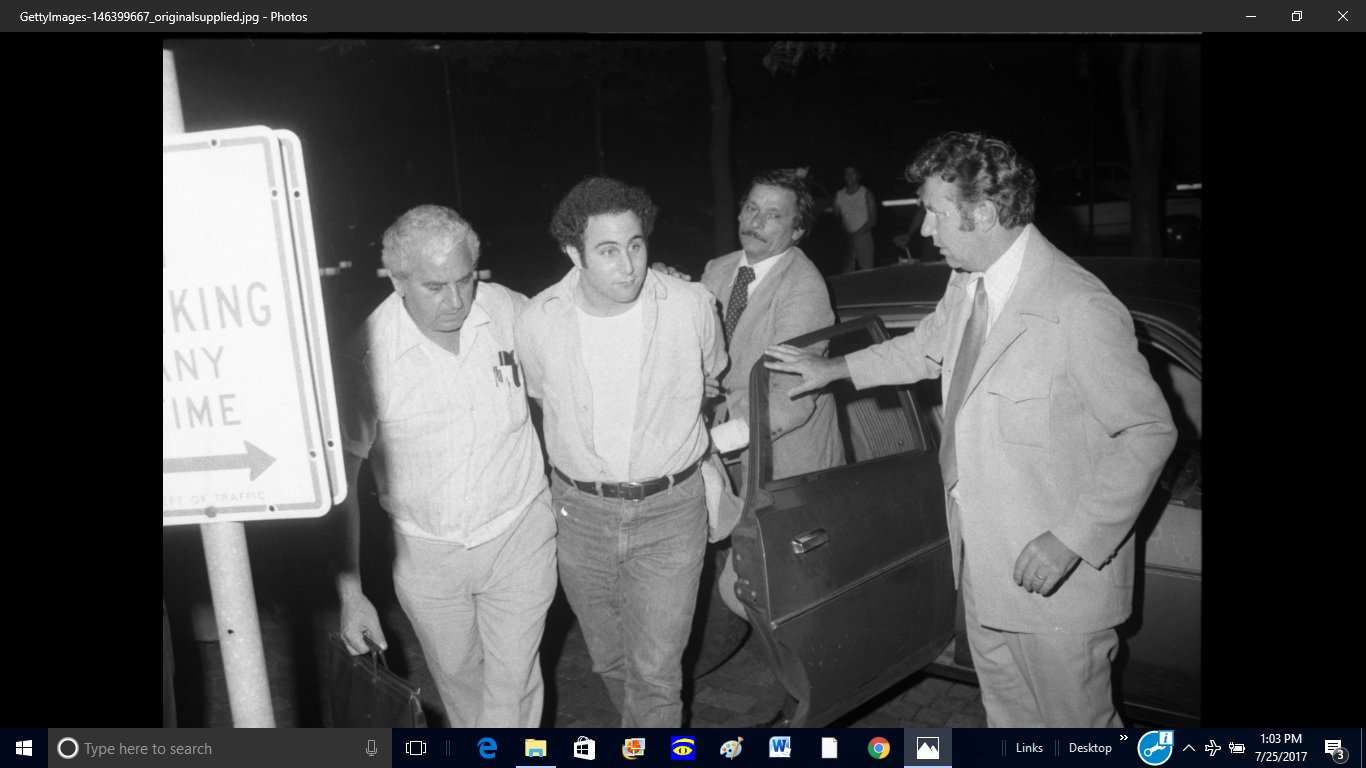 The summer of ’77 was a nightmare in New York City, one that still haunts many thousands of people four decades later.  Crime was rampant, city services were failing, and David Berkowitz, a postal worker, had been terrorizing the city for more than a year as the murderous Son of Sam.  The Lost Tapes: Son of Sam is set to debut July 30 on Smithsonian Channel, and an Investigation Discovery film, Son of Sam: Hunt for a Killer -- which was previewed Wednesday morning at the Summer 2017 Television Critics Association Tour -- will be telecast August 5.

It’s not shocking that we’re seeing Berkowitz’ doughy, blank face again this summer.  The documentary genre understandably embraces anniversaries, giving filmmakers the distance necessary to put events in perspective.  During Wednesday’s Investigation Discovery session, a criminologist, a detective who worked the case, one of Berkowitz’ victims and a New York Post columnist took the stage to reflect on those dark days.

Though Carl Denaro, who was shot by the killer, believes Berkowitz was in a cult, Steve Dunleavy, a New York Post columnist, disagrees, but noted that was a going theory.  “I really believe that he acted alone in this terrible, terrible one-man reign of terror, (of) one man against the city,” Dunleavy said.  “And the city virtually had a massive nervous breakdown.”

That breakdown was understandable as people were reeling.  The shootings -- six people dead, seven others critically wounded, including Denaro -- had the city in a panic that summer, a tension the documentaries relay.

The news clips included in Smithsonian's Lost Tapes may not have been seen since 1977, but many of us have never forgotten them.  As it happens, Berkowitz and I went to the same Bronx high school, Christopher Columbus, now closed.  He was a few years ahead of me.  Until his arrest, the school’s most famous alum had been Anna Maria Louisa Italiano, better known as Anne Bancroft.

Eschewing re-enactments, Lost Tapes features interviews of the everyday, outer-borough New Yorkers whose lives were torn up by those times.  It also brings back the endless conversations around kitchen tables, ashtrays overflowing, as we all tried to figure out who was doing this, why, and how the city had become so terrifying.

I remember sitting at one of those tables as a friend’s eyes filled, talking about her classmate, Valentina Suriani.  Valentina, 18, had been murdered along with her 20-year-old boyfriend, Alexander Esau.

Even now, my friend doesn't want to revisit the day or have her name used.  “Valentina was such a sweet girl, such a good girl,” she said then and now.

Being sweet and good had nothing to do with any of it, as we soon learned.  Being a brunette seemed to be enough for a killer who carried a .44 caliber gun and stalked girls with long, dark hair -- a description which covered many of the young women in New York City back then.  The documentary shows us their faces, frozen in mid-’70s photos, forever full of promise.

Though I had recently moved downtown, my family and friends were still in the Bronx.  One late afternoon, I got off the bus to Co-Op City, happy to see Ralphie “Buddah” Bortugno sitting in his car.  I opened the door and slid in.  My friend was furious.  Always fiercely protective -- he once pulled a felon off me -- he couldn’t believe how stupid I was being.  Son of Sam stalked people in parked cars.  I had long dark hair.  What was I thinking? Ralphie drove me home and walked me upstairs to my parents’ apartment.

Of course, as the documentary shows, Son of Sam was just the latest threat to New Yorkers who already felt under siege.  (For another look at how harrowing parts of New York City could be at the time, watch the new HBO drama The Deuce in September.)  Thugs didn’t just demand your wallet; they punched you in the face first, took your money and then kicked you for good measure.  The subway was like a roller-coaster ride through hell. Abandoned tenements burned.  Garbage filled the streets.  Then a blackout on July 13 plunged the city into two days of darkness.

But it wasn’t just electricity we lost that night.

The next morning, I walked Fordham Road.  Looters had destroyed one small store after another.  Shards of glass littered the busted pavement while a second shift of thieves grabbed whatever the first ones had left behind. It felt post-apocalyptic: law and order gone, neighborhoods destroyed and a madman on a murder spree.

Fear hung over the city throughout that endless summer, caught in headline after headline.  Newspapers, as the film reminds us, still reigned.  None mattered more than the New York Daily News and its star columnist Jimmy Breslin, whom Son of Sam wrote to.

Lost Tapes really makes you feel the urgency of those days and nights, of the blackout and soon after, when Son of Sam struck again.  There are closeups of the crumbling faces of sobbing parents, parents burying teenagers who had just graduated high school.  There’s Geraldo Rivera, in all his 1977 glory -- long hair, hands on hips, swaggering toward the camera, quoting from one of Son of Sam’s letters: “Sam’s a thirsty lad and he won’t let me stop until he has his fill of blood.”

With people everywhere calling for the killer’s blood, the city put 75 detectives and 225 patrol officers on a special task force.  All they knew was that the guy was white, neatly groomed, used a .44 caliber gun and, judging by his letters, had a tenuous grasp on reality.  The Sam issuing orders turned out to be his neighbor’s dog, though he later said the dog’s name was Harvey.

Eventually, it was a parking ticket that ended it -- Berkowitz had left his car in front of a hydrant while stalking his twelfth and thirteenth victims.  The police tracked him down and, 378 days after the first murder, arrested him in front of his Yonkers apartment.  The documentary quickly revisits the grim details -- the squalor of his surroundings, his bland expression as police led him away.

Berkowitz confessed and was sentenced to 275 years.  Worry about a possible memoir or movie deal spurred the New York legislature to pass the so-called “Son of Sam law,” forbidding felons from profiting from their crimes.  Any profits, it mandated, would go to victims or their families.

Today, Berkowitz remains in Shawangunk Correctional Facility, a maximum-security prison in Ulster County, serving six life sentences.  Now a born-again Christian, he refers to himself as “the Son of Hope.”  Ironic, considering that for many of us he represented the end of hope -- or at least innocence.

The opinions and points of view expressed in this content are exclusively the views of the author and/or subject(s) and do not necessarily represent the views of MediaVillage.com/MyersBiz Net, Inc. management or associated writers.