"Snowfall" Has Snowballed Into a Blinding Blizzard of Blow 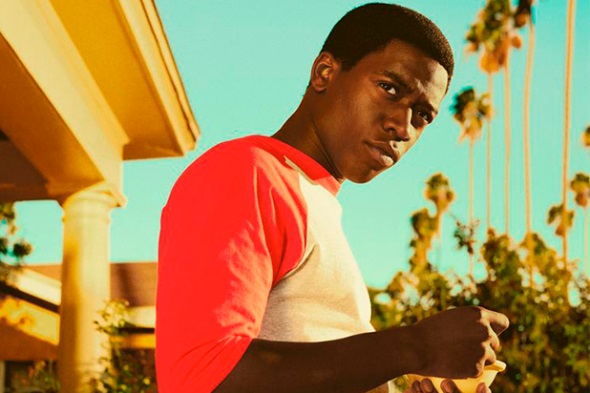 The first time I talked about FX’s Snowfall was when it first began, and although it was apparent to me even then that this wasn’t just another entry in a succession of cookie-cutter, cocaine-centric crime thrillers flooding the streaming markets, I hadn’t the slightest idea of the epic drama it would become.  Two seasons later, Snowfall is still a symphony of orchestrated chaos, and a masterclass in tone management.  Much like the title of this current season’s fourth episode, this show’s been an exciting depiction of “The Game That Moves As You Play,” and it’s becoming clear that the players we’ve been watching aren’t exactly who we thought they were, at least not anymore.

The now infamous Franklin Saint (played to perfection by Damson Idris, pictured at top) has been very busy during the last couple of seasons, morphing from someone I was constantly concerned about, in a protective way, to someone who can be downright chilling at times.  Using his superior intellect, Franklin went from delivering blow for a low-level dealer to moving some serious weight, and from there he discovered the recipe for making base, which allowed for some big-time diversification.  In the process, he’s become a much more corrupt version of his former self.  The idea of shooting someone, let alone killing them, used to be a mental and emotional hill that Franklin would always (at least initially) refuse to climb.  These days, however, Franky boy seems to be all out of f**ks to give in that department.  The cold reality of the situation seems to be that killing people is a necessary aspect of the job, and this particular job pays well enough to warrant dealing with it.

Meanwhile, Franklin’s connect, Teddy (Carter Hudson), who’s actually an undercover CIA agent, used to seem like the only person who had any real control throughout the series.  Sure, he’d end up in an unexpected and crazy situation or two, but considering his ability to manage the varying personalities of the criminals he’s dealt with, and his proclivity for thinking his way out of a bind, it seemed like it’d be pretty easy for him to remain a step or two ahead of everyone else.  But this season, what we have seen instead is a Teddy who is unraveling as he, more oft than not, finds himself at the mercy of others.  Even Franklin, who’s supposed to be an asset that Teddy is using for his operation, is closer to the truth than even Teddy is aware, putting him in real danger.  Things are starting to not bode well for him, and Hudson’s performance honestly captures that meltdown.

This is exactly the type of story that the legendary John Singleton excelled at telling.  Singleton, who passed away a few months ago, is the co-creator of this unapologetic Eighties crime epic, and as we all know, he left us with classics like 1991’s Boyz n the Hood and 1993’s Poetic Justice.  A gritty urban story of crime, corrupt government agents, and the rise of one of the most impactful illegal substances the United States has ever seen, a lot of which is told in and around Singleton’s Southern California stomping grounds, is a perfect representation of how the fictional events in the show that do have real life parallels reflect the true impact of the Eighties crack boom.  It’s impact on the African American community from both sides -- the African American dealers selling to their own people (Franklin) on one, and the either corrupt or all together absent L.A. law enforcement on the other -- is an especially intrinsic part of the narrative, and, again, Singleton’s style has always lent itself to telling that story.

Officer Andre Wright, played by Get Out’s Marcus Henderson, is a pivotal part of this season as well, and he acts as an avenue through which we can explore important ideas.  Is Franklin blatantly betraying his neighborhood?  Some would say the obvious answer is yes, given his dedication to his chosen profession (which obviously isn’t a very noble one), but one could make the argument that he didn’t really even begin to understand how truly addictive his product was until he witnessed its effects first hand.  The speed with which Melody’s (Reign Edwards) entire future goes out the window after her first interaction with “rock” is astonishing.

I don’t think what we’re watching is a young man who gets caught up with some bad people and has to sort it all out.  There’s a saying that goes “the road to hell is paved with good intentions,” and I think we’re watching that.  Franklin started his journey with good intentions, as did Teddy, and even Gustavo (Sergio Peris-Mencheta) who, besides offing that DEA lady Lorena (Adriana DeGirolami), has been more or less inconsequential this season (so far).  I think Franklin has found himself on a Scarface-style path, his inevitable death the likely result of a chaotic shootout in some mansion he doesn’t own yet.

Either way, if the journey to that point is anything like it has been so far, it’ll be one that’s tense, exciting, thought-provoking and also kind of scary, at least sometimes.  That’s entertainment-plus.  So how come this show hasn’t built more buzz?

Snowfall is telecast Wednesdays at 10 p.m. on FX.