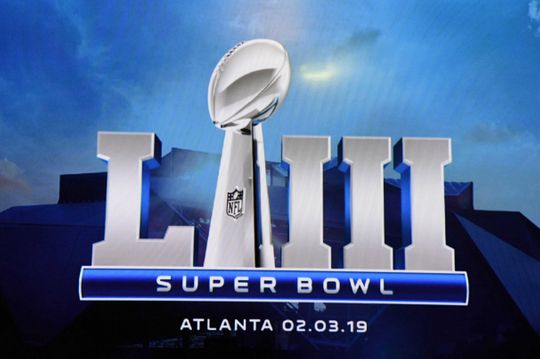 One score and 15 years ago our ad fathers brought forth, on this continent, a new notion, conceived in profitability, and dedicated to the proposition that all commercials are not created equal.

Yes, Super Bowl LIII on Sunday will mark 35 years since Madison Avenue came up with the concept of the special Big Game spot, which since has become a multi-billion-dollar marketing staple.  It was during Super Bowl XVIII in January 1984 that Chiat/Day introduced "1984," the initial commercial for the new Apple Macintosh.

The originality, scope and scale of the spot -- and the fervid response to it -- inspired other advertisers to direct their agencies to produce what they hoped would be out-of-the-ordinary commercials, which would make their debuts during upcoming Super Bowls.  The strategy caught on quickly, even though Apple's follow-up spot for the 1985 Super Bowl, "Lemmings," bombed, and gained further momentum in 1989 when Anheuser-Busch began a series of popular commercials under the rubric of the "Bud Bowl."

(Fun fact: The first Super Sunday ads I covered were during Super Bowl XXIII, in 1989, when I worked for USA Today and helped launch the paper's Super Bowl Ad Meter.  Sunday will be, fingers crossed, my 30th.)

These days, the ad bowl that's played inside the Super Bowl is as much a marketing mainstay as discount coupons, pre-roll video or billboards.  One reason the special Super Bowl commercial has stuck around: it's perhaps more valuable to advertisers than ever.

Back in the day, saying, "Watch this spot, consumers, we'll make it worth your while because it's new/funny/heartwarming/stirring and has celebrities/animals/babies/special effects and a surprise ending" got viewers' attention.  But they didn't need so much prompting in an era before widespread ad zapping, zipping, skipping and avoidance.  In 2019, Super Bowl Sunday is the only day of the year that more than 100 million Americans make time for commercials.  And instead of their usual attitude ("I hate ads, I never watch them"), people are glad to talk about them, in real life and via social media.

By now, the annual ad bowl is, mostly, a well-oiled machine, with a cadre of regular sponsors that know how to play the game.  Among the usual suspects returning on Sunday are Amazon, Anheuser-Busch InBev, Audi, Avocados From Mexico, Walt Disney, Doritos, Hyundai, Kia, Mars, Mercedes-Benz, Pepsi-Cola, Persil, Procter & Gamble, Skechers, T-Mobile, Toyota and WeatherTech.

Add to that roster a half-dozen or so newcomers, willing to risk falling flat for the chance to break through in front of a huge audience.  They include Bumble, Devour, Expensify and SimpliSafe.  Don't know them?  They're betting big bucks you will after the game is over.  (Variety reports that CBS is charging advertisers $5.1 million to $5.3 million for a package that includes a 30-second ad during Super Bowl LIII plus digital ad inventory.)

Then, too, there are brands back in the ad bowl after time away, such as Burger King, which hadn't advertised since 2006, and Planters, absent since 2008.

Offsetting that are brands skipping the game itself this year, among them Coca-Cola, which bought a spot to air before the national anthem; General Motors, and Skittles, which instead is sponsoring a stunt in the form of a live musical in Manhattan, with proceeds going to charity, that will mock the conventions of marketing.

The tactic of using star power to help stimulate interest will, as usual, be a go-to for Super Bowl advertisers.  The celebrities scheduled to pitch products during this game include Christina Applegate, for M&M's; Jason Bateman, for Hyundai; Jeff Bridges, paired with Sarah Jessica Parker, for Stella Artois beer; Michael Buble, for Bubly; Steve Carrell, teamed up with Cardi B and Lil Jon, for Pepsi-Cola; Chance the Rapper, with the Backstreet Boys, for Doritos; Kristen Chenoweth, for Avocados From Mexico; Harrison Ford and Forrest Whitaker, among others, for Amazon Alexa; Sarah Michelle Gellar, for Olay; Zoe Kravitz, for Michelob Ultra Pure Gold; Ludacris, for Mercedes-Benz; Alex Rodriguez, with Charlie Sheen, for Planters; Adam Scott and 2 Chainz, for Expensify; Serena Williams, for Bumble, and Luke Wilson, for Colgate Total.

Who will soar and who will fail in the ad bowl?  Check back with MediaVillage after the game for my Super Bowl ad review.