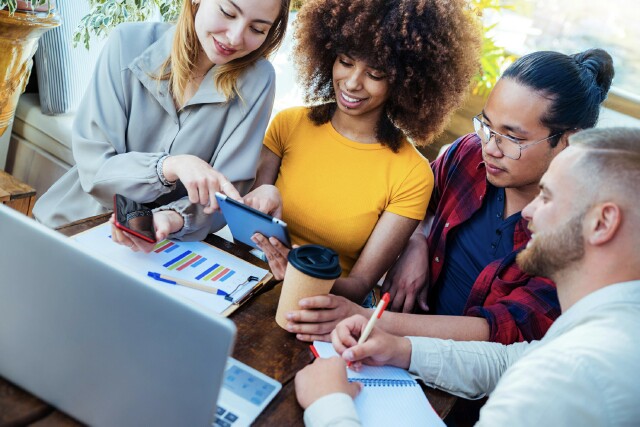 Social issues like racial justice, gender inequality and the environment are uppermost in Gen Z minds. And this aware employee (and consumer) group is inspiring industry leaders with insights. In the interest of the bottom line, how can companies integrate the Gen Z values of authenticity and equality into a brand's DNA? That was the focus of a virtual Female Quotient panel during SXSW titled "Equality First: What Brands Have Learned from the Values of Gen Z."

Opening up the discussion, the session moderator, Ebony Flake, C-Suite Reporter for financial news website Insider, asked panelists what they've been learning from their Gen Z cohort. (From the standpoint of the post-high-school workforce, they are aged 25 and under.)

Michelle Diedrick, Vice President, Field Marketing Central Division for Spectrum Reach, said that Gen Z ers are purposeful and "incredibly honest." She is also impressed by how open to conversation they are, and their "readiness to advocate not just for themselves but for others."

Pamela Sherman, Managing Director, Culture of Inclusion for materials engineering giant Applied Materials, said that she is most struck by how Gen Z values not just their voices but the voices of others, that it's a generation that cares about the whole person and about everyone. "And they don't hold back about purpose," she added.

Nike Diversity Business Partner Director Crystle Johnson credited Z-ers with giving her a new notion of being professional, which, to previous generations, put an emphasis on how you dress. Being professional, she reminded, isn't showing up in the proper suit and tie but, in Gen Z value standards, showing up authentically, transparently and truthfully -- especially regarding feelings and the outcomes young workers want.

This new workplace generation, Johnson added, "really cares about everyone, and they are creative and willing to say whatever is on their minds." Perhaps, she speculated, such bravery is related to the fact that, during this Great Resignation, "they know they have options and are able to just walk out the door if they need to."

Diedick observed that Z-ers "are not afraid to go toe-to-toe with VPs and senior VPs." Perhaps related to such openness, she also noted that mental health and balance are "incredibly important" to them.

Seconding this, Nike's Johnson pointed to the generation's interest in sustainability. "They care a lot about the future of the world they [and their children] will be living in," she said. "So, they make us think more deeply about how we create products, about how we can make the world better."

Sherman of Applied Materials said she is also so impressed by how much Z-ers value community and being engaged. That and their other values "rub off on me so they are making their mark."

"[They] are the most ethnically and diverse generation ever," said Tanu Grewal, Vice President of Marketing and Innovation for the North American subsidiary housework cleaning products giant ALEN.

Flake described herself as "being on the Millennial/Gen X cusp." She said that her age group and older generations come from "a very different hierarchical organizational mindset." When she entered the workforce in HR, "I remember being terrified of the CEO and had to work on being bold, especially as a Black woman." The Z-ers she has observed "have none of that. That's a bold move forward." But she cautioned, "that could be seen by some as arrogance."

In discussing Gen Z's impact on brands, the panelists acknowledged that more emphasis has been placed on sustainability, equality themes and a more granular understanding of ethnic differences. And that's all inspired by Gen Z values. There's more consideration of specific communities, not just a broad population segment like Hispanics or Asians or Blacks but each group's different subsets.

Grewal underscored that these larger, traditionally dubbed groups, like Hispanics, are no longer "monoliths" but comprise very different cultural segments such as Puerto Rican or Mexican. "And then there are the different generations within consumer groups to consider."

Moving on to other aspects of Gen Z workers, Lawal offered that they are very vocal about what they want. He often disagrees with his Gen Z head of social media but can concede "because she's from the audience we're trying to attract so her values and input are very important." As a Millennial, one of the important things he's learned from Gen Z is the ability to listen better. And he does not see them as arrogant.

Better listening is also on the mind of Diedrick's company, Spectrum Reach, which has responded to the arrival of Gen Zers to its workforce by asking "how do we expand the table?" In other words, how does a company more effectively open up and assure better communication across the entire enterprise "so junior and entry-level people are in on more of the conversation and understand why we do things?" Flake suggested this is a kind of older-gen spin on "having a seat at the table."

Flake said that Gen Z-ers want us to listen, be transparent and not take their boldness as arrogance.

This report was written by Doris Toumarkine.