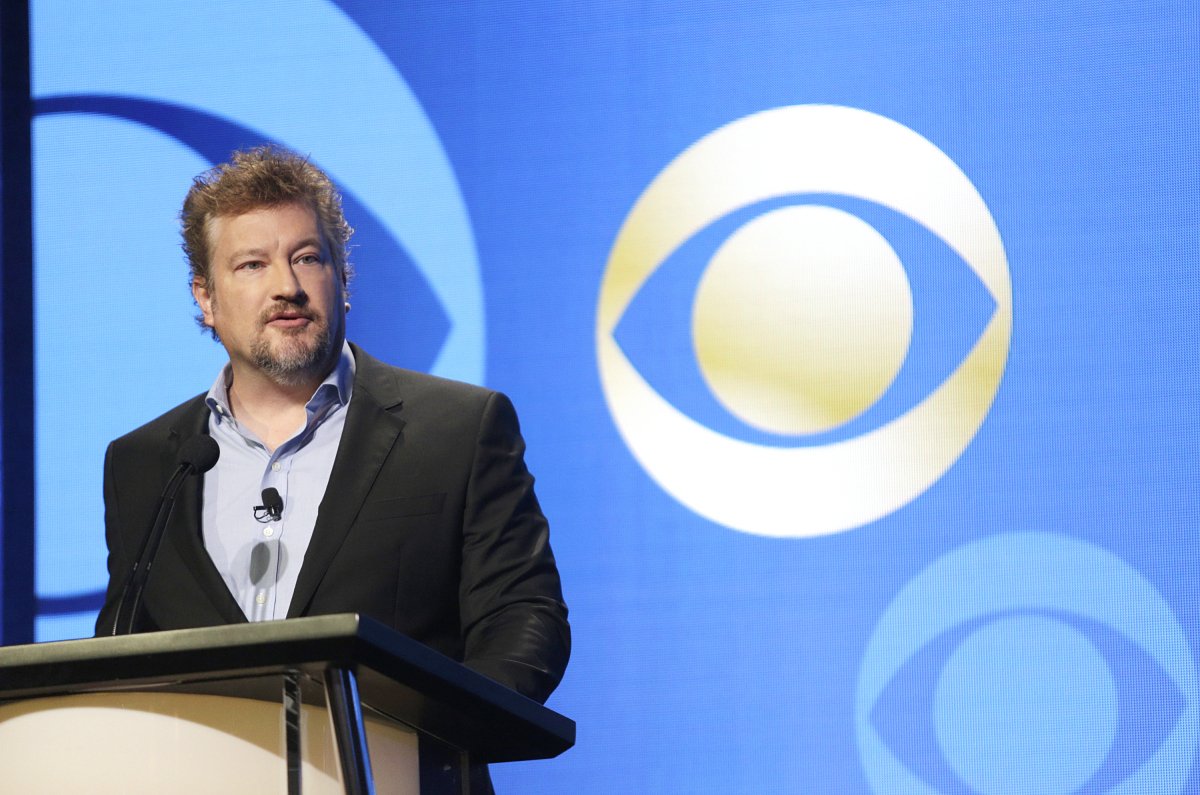 Beverly Hills, CA – In what may have been one of the most challenging executive sessions in the long history of Television Critics Association tours -- or at the very least in recent memory -- CBS Entertainment President Kelly Kahl on Sunday took the stage at the Summer 2018 TCA tour to address the ongoing allegations against CBS Corporation Chairman and CEO Leslie Moonves (and also to support CBS' new fall shows).  Given the gravity and sensitivities of the disturbing issues involved, it was a surprisingly effective session at which a leader and the press conducted themselves with honesty, integrity and mutual respect.  The White House should ask for a transcript.

Kahl opened the session by tackling the issue head on.  “Obviously, this has been a tough week at CBS,” he began.  “I know there was some speculation we might cancel today.  Well, we wanted to be here.  There are literally thousands of talented producers, writers, actors and crews -- not to mention all the people at CBS -- who have been preparing for months to launch the fall season.  They’ve worked incredibly hard, and we think they deserve our best efforts to share all the new shows with all of you.

“I’d also like to say a few things about CBS Entertainment,” he continued.  “First, we are committed to a collaborative, inclusive and safe workplace. I’ve had many female colleagues come to me this week who have been saddened by what they’ve read about our company.  They said it does not represent their experience at CBS.  We’re not saying we’re perfect.  No large company is.  And there’s always room for improvement.

“In regard to Leslie, a few people at CBS have already attempted to put their thoughts into words.  [He] has been an excellent boss and a mentor for a long time, and he put me in this job.  At the same time, we must respect the voices that come forward.  All allegations need to be and are being taken seriously.  As you can imagine, the scope of what I can talk about today and this morning is limited.  There’s simply nothing else I can say about Leslie or the current investigation.  It’s a pretty safe bet that not much I can say up here is going to satisfy all of you or answer all your questions.”

He was right … but, again, the professionalism on both sides of the room was impressive.  Also, the fact that ABC and NBC had recently let the TCA know that their programming chiefs would not be taking the stage at the tour -- despite the fact that they have no controversies comparable to the CBS mess to deal with -- had all of us appreciating Kahl’s efforts all the more.

Still, the press politely hit hard.  “There have been allegations of problematic behavior regarding Madam Secretary executive producer Morgan Freeman, against Leslie Moonves, against Jeremy Piven, against Brad Kern, and there are reports in the press of problems at Star Trek: Discovery and at the main NCIS drama,” one critic noted.  “This is a yes or no question.  Do you believe that CBS needs to undergo radical cultural change in order to be a safe work place for all employees?”

“I believe we take workplace safety very seriously,” Kahl replied.  “If you look up and down the halls at CBS, you will find a very safe environment.  We have over 40 shows in production and the vast majority of [them] are excellent sets where everybody’s very happy and everybody’s very safe.  Any time any allegation comes up on any of our shows, it’s investigated immediately.  There’s no wiggle room there.  Any complaint, we have a procedure we follow.  It goes to HR and sometimes to outside counsel, if necessary.”

One critic pressed on about allegations against executives at CBS News and other areas of the company.  “How can you stand there and not admit that there might be a problem with how you guys evaluate harassment situations and that maybe you need to change how you’re looking at these situations and look at them a little more stringently?” he asked.

Referring back to his opening remarks, Kahl said, “Every female executive who came to see me this week, to be honest, was kind of dismayed by what they read.  That’s not their experience.  All came to me and said they feel at least CBS Entertainment is a nurturing, welcoming environment.  Many of their careers have advanced at CBS.  Almost all our department heads are women.  They feel supported.  What I try to do in my job is help them do their jobs to the best of their ability, and I certainly stand on that record.” 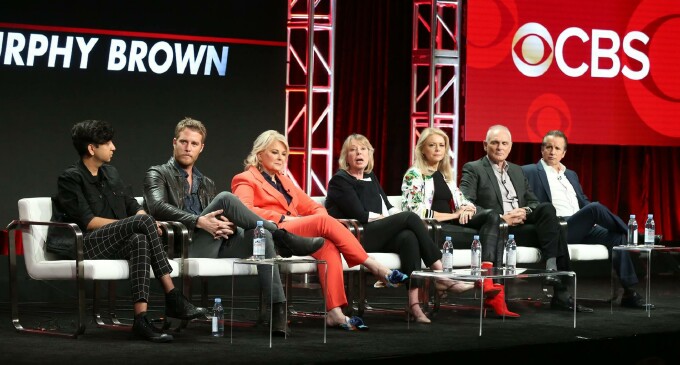 The first session after Kahl’s in a very full day was for the revival of the uber-topical sitcom Murphy Brown, which ran on CBS from 1988-98 and returns this fall with most of the original cast and writing team intact.  That includes series creator and executive producer Diane English (above, center), who in the early ‘90s devised the storyline of Murphy’s unexpected pregnancy and had to manage the controversy that followed when then-Vice President Dan Quayle attacked the show over what he perceived to be a lack of morals.  English had a statement of her own to make about the problems at CBS.

“We’ve always been a political show with something to say, but I’m focusing the show really through the prism of the press,” she began.  “The First Amendment and free press is under attack like I’ve never seen before, I don’t think anybody’s ever seen before.  The press is not the enemy of the people, and these guys, our characters, are the press.  So we deal with that a lot.

“And speaking of dealing with things, we know there’s a question that’s going to come up, and I just want to address it right now regarding the New Yorker article that appeared a few days ago,” she continued.  “I just want to say on behalf of everybody on our show that we take the allegations of sexual misconduct extremely seriously, so seriously that we actually developed an episode about the #MeToo movement many months ago, and that will be our fourth episode.

“We support the investigation fully.  None of us have had any negative experience in that regard at CBS, and I go back to the Bill Paley days.  I have never experienced any kind of sexual misconduct or misogyny, and as far as I know, no one on my crew has.  I feel like I just want to say that up front on our behalf and would much rather talk about our show coming back.  I think that’s the only comment we will have until the investigation is complete.”