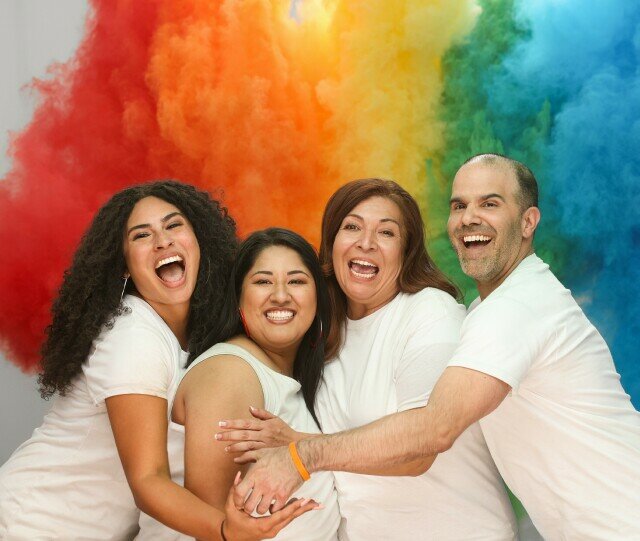 Telemundo, NBCUniversal's Spanish-language broadcast network, doing a June outreach to mark Pride Month and the contribution of Latino LGBTQ citizenry to society at large is not new. What's new -- and notable -- is the comprehensive and thematic nature of this June's special content, presented under the name Orgullo Imparable (Unstoppable Pride).

Orgullo Imparable will feature news coverage, original programming segments, public service messages and online forums. Many of the original segments and the PSAs will showcase members of the Latino LGBTQ community and -- of equal importance to Christina Kolbjornsen (pictured), Telemundo's Senior Vice President of Corporate Affairs and External Affairs -- key people in their lives who unconditionally support their status, from family members and life partners to workplace colleagues."It is our largest effort to date, in the sense that we are really leaning in this year, more so than in past years, really demonstrating that we live our values," Kolbjornsen said. "It's about diversity. It's about inclusion. It's about showing unity and progressive advancement across the 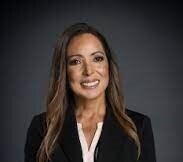 board, showing that support and understanding across our communities."

All of Telemundo's daily and nightly newscasts, along with multi-hour morning program Hoy Dia and other weekday unscripted series, will present Orgullo Imparable segments through the end of June. Some segments will be personal profiles, while others will focus on LGBTQ issues and conversations with Hispanic community leaders. Telemundo station affiliates across the U.S. will present segments throughout their news and public affairs programming, some of which will take a local focus on the network material. Telemundo's website, and similar online destinations from network affiliates, will also feature Orgullo content.

"We're taking a complete holistic approach in how we continue to tell this story," Kolbjornsen explained. "We shared across the board (with our news and programming units) early enough in terms of how we want to approach the celebration. From there, each program has their own autonomy in developing the segments they want to develop."

A series of PSAs will run throughout Telemundo's daytime and primetime schedule. In keeping with the overall theme, each message will feature one or more LGBTQ community members, together with an ally. Among the subjects:

"We approached this effort with the angle of love and support of LGBTQ individuals when going through their journey, because no one can do it alone," Kolbjornsen continued. "There are challenges, unfortunately, that still do exist. So, we looked at (this campaign) in terms of what can we highlight to really help folks understand what these individuals go through, and how important it is to be an ally."

Besides giving these individuals a spotlight, Telemundo's campaign includes the people they depend on to get them through the challenging times. "They help demonstrate to us … what their support meant, and how it helped them overcome," Kolbjornsen said. "It's about showcasing the love that person provided to them that helped them move forward."

Both national and local news features will cover recent accomplishments within the LGBTQ Latino community at large in several industries, and explore issues impacting progress in other aspects of society. Live Spanish-language online forums, some with social media tie-ins, will focus on how to resolve those issues, featuring extended question-and-answer periods between forum participants and viewers. Also, a special Orgullo Imparable page on Telemundo's web site will run down breaking news developments impacting LGBTQ community members, and pinpoint a variety of national and regional Pride Month activities, as well as resources available year-round.

Universo, Telemundo's sister linear channel, will feature a number of campaign elements on-air and online throughout the month. Telemundo plans to run the PSAs, and other Orgullo content, until the end of summer.

For more than a decade, Telemundo-produced primetime telenovelas have featured storylines involving gay, lesbian and transgender characters. Look for "more to come this year with a couple of our other shows," Kolbjornsen promised. "As an entertainment and media company, we have a role to play in telling true and authentic stories and are happy to play that role."