Telemundo’s "Guerra de Idolos" is a Mix of “Empire,” “Narcos” and “Glee” 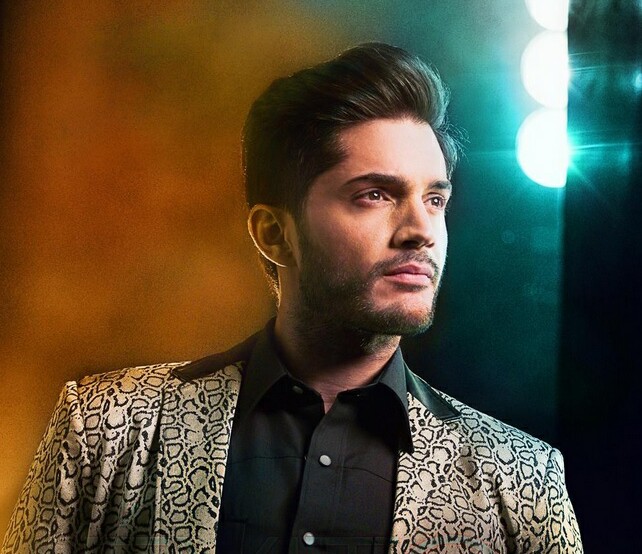 The entertainment industry is seen as one of the most competitive career arenas in the world.  Thousands of people want to be famous, yet if they don’t have the right connections, it’s hard to get started.  U.S. shows like Empire, Smash and Glee have explored the lengths talented people are willing to go to in order to stand out and get ahead.  Now Telemundo is venturing into the same territory with Guerra de Idolos (U.S. title Price of Fame).  Its the network’s first scripted drama series with music, and although it is categorized as a telenovela it is produced very differently from most of the soap operas that populate Spanish-language television.

In general telenovelas are filmed on massive sound stages with build sets and multiple camera set ups and have an overall melodramatic tone. Guerra de Idolos, however, follows the production pattern of most American dramas:  It is shot on location with single camera set ups and has more of a reality-based feel, while still drawing in the audience with its mix of secrets and scandals.  It isn't as melodramatic as other stage-y telenovelas, but it has just as much sex appeal and as many twists and turns as some of the U.S.'s hottest dramas.

Guerra de Idolos follows Texas brothers Julio and Mateo Solar, played by Daniel Elbittar (pictured at top) and Alberto Guerra, respectively.  Mateo is one of the biggest music producers of his time, with successful artists of all genres in New York and Los Angeles.  He is also his brother’s producer and songwriter, Julio being one of the most popular Mexican singers and musicians. 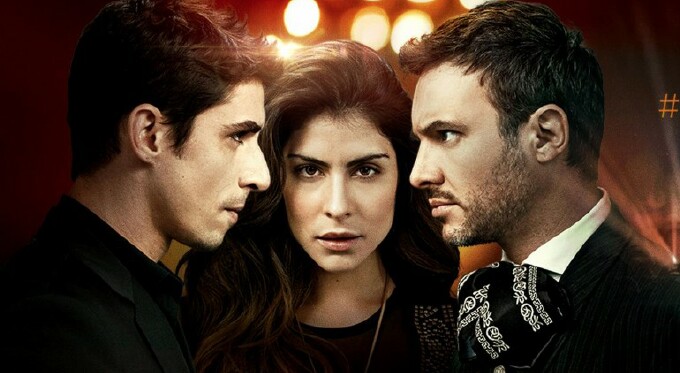 At the very beginning of the first episode, Julio is shot and rushed to the hospital with a panicked Mateo trailing behind, wanting to help his brother.  As the police ask for his statement, and if he knows who attempted to kill Julio, the story rewinds to the events of a few days before.  Mateo meets an up-and-coming music trio who quickly reveal they can offer ‘other services’ – as in armed protection.  The leader of the trio insists that Mateo may need their help, revealing that some powerful people in prison that are angry with Mateo’s brother.  Later, Julio and Mateo’s team decides to buy out one of their producers, Rafael Zabala (Alejandro de la Madrid), much to his objection.  Amado Matamoros (Juan Pablo Medina), a very wealthy arms dealer, hears the news of Rafael’s departure and assures him that he’ll get him back on top, if he can make his sister Manara (María Leon) into a huge pop star. Rafael becomes infatuated with her and quickly agrees to do so. (Leon is pictured above, center, with Guerra, left, and Elbittar.)

The story boils on from there.

With its mix of soap opera stars from Mexico, Venezuela and the U.S., and some new faces, the well-rounded cast is filled with talented actors.  Special attention goes to Elbittar and Guerra as the Solar brothers, whose uncanny resemblance to each other suggests they are actually related. (They are not.)  Their performances had incredible range in just the first ten minutes of the premiere, and their musical abilities are stellar, as are those of the rest of the cast.

This series, which runs five night a week,features a wide range of music, from pop and reggaeton to Spanish ranchero and mariachi, with some songs performed ‘in concert’ and others sung completely live by the very talented cast of singers and musicians.  María Leon’s voice is simply outstanding.  She is the show’s Lea Michele.

Guerra de Idolos blends the underworld manipulation of Netflix’s Narcoswith the music production and high drama of Fox’s Empire – plus the sizzling sex and star-crossed romance Latin audiences love to see on their favorite telenovelas and dramas.  Most Spanish soaps and dramas don't start out at the level this one hit right at the start, with a premiere drenched in blood and tears.

Credit for that goes to series creator Mariano Calasso, who knows a thing or two about putting together hot shows for Latin viewers:  He has developed a wide range of successful programs including dating game show 12 Corazones, reality court show Caso Cerrado and the reality competition series Protagonistas de Nuestra Tele.