That Time When "The Good Place" Met "Broad City" 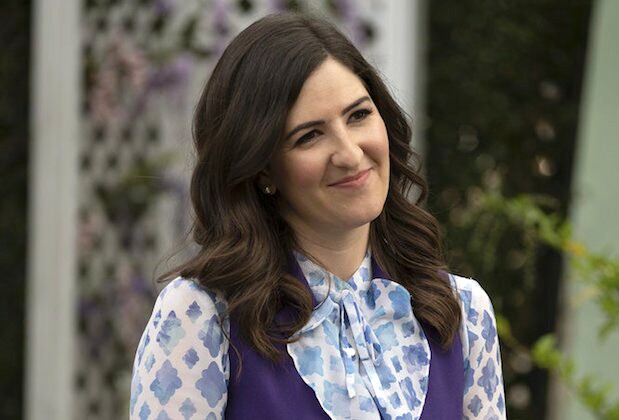 It was a chilly night in January, and I was fortunate enough to find myself at the 92nd Street Y, a nonprofit cultural and community center in New York City.  On this particular evening it was playing host to three of TV’s biggest talents: D’Arcy Carden (pictured above) of NBC’s The Good Place and Abbi Jacobson and Ilana Glazer of Comedy Central’s Broad City.  Abbi and Ilana were there to conduct an interview with their dear friend D’Arcy.

The 900-plus seat Kaufmann Concert Hall was packed to the rafters, yet the setting couldn’t have felt more intimate.  The event began with a screening of the Janet(s) episode of The Good Place that had debuted the month before and was a fantastic showcase for D’Arcy’s talents.  And then the ladies took the stage.

Dimly lit, and filled with the warmth and friendship that Carden, Jacobson, and Glazer couldn’t help but emanate, the event was even more funny and informative than I had hoped.  I learned a bit more about D’Arcy, her friendship with Abbi (below left) and Ilana (right), and their collective history at UCB, her amazing role as Janet, how she felt about her career to date and what’s to come. 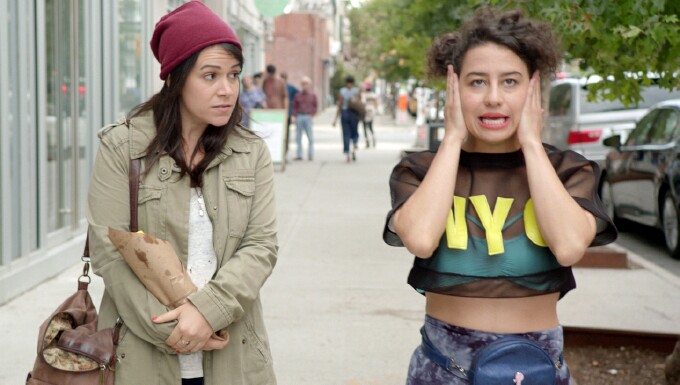 Here’s a sample of the interview, which came off more as a conversation.

Ilana: Janet … the concept … the whole show is wild, you know?  It’s so layered and genius and complex.  We were wondering how this character was pitched to you initially?

D’Arcy: I auditioned for this character not knowing she was like an A.I. or any sort of robot anything.  She was just like a helpful woman.  Just a helpful woman.  That’s it.  Mike Schur, who created it, and some of the writers, wrote it like, if you had a doll that was broken, you would call a hotline, and I was the woman on the other line.  Which kind of makes sense when you see Janet, ‘cause she’s just like a helpful gal that’ll like fix all your problems.

Ilana: This is what they described to you?

D’Arcy: Yeah!  So, it was a damn lie!  (The audience roared at that one.)  And then when I got the role, Mike sat me down and he took me through some of what she was.  You know, it was that she was like Siri with a body.  That was it.  It was a “script by script” situation.

The Janet(s) episode of The Good Place featured all of D’Arcy’s co-stars’ characters inhabiting the physical/metaphysical forms of Janet.  This created a situation where, in real life, D’Arcy had to do several overlapping performances, creating the visual effect of several versions of herself (many of them as her co-stars’ characters) interacting with each other.  While there were other actors in the episode, it all hinged on D’Arcy’s prowess as an actor.

Ilana: Regarding “Janet(s)” -- which is in-sane, in-sane -- it is so funny, so beautiful and deep and real.  I hope you win a freaking Emmy because that episode is gorgeous!

Ilana: It’s not like you’re an impressionist, right?  How did you prep for this?

D’Arcy pointed out that while doing a spot-on impression of one’s close friends or co-workers isn’t particularly difficult for any given person, capturing the “essence” of Eleanor, Chidi, Tahani, and Jason, respectively, was the focus of the episode.  She then made the point that the gravity of this opportunity was far from lost on her.

D’Arcy: ‘Cause it wasn’t a scene; it was like the whole episode, and I haven’t had anything like that so I was putting a crazy amount of pressure on myself.  And then once we got there, like on the week that we did it, the crew and the director and everybody was so wonderful and so helpful and it was like, “Let’s just do whatever you need to make it as easy as possible.”  It was truly one of the best weeks of my life.

Like many a great performer, D’Arcy found herself torn, saying that she enjoyed that week so much that she was initially afraid to watch the episode.  “What if the product doesn’t live up to the process?” as Ilana put it.  Apparently, it all turned out well because D’Arcy wrapped up that question by saying, “[Kristin Bell] said she was so proud of me that she could feel her milk coming in.”

The entire event was filled with similar anecdotes, and the familiar chemistry these three shared permeated the building in a way that made me feel as though the four of us were sitting alone at a dinner table.  From the story about the time she handed her UCB tuition check to a pre-Community Donald Glover (who was working at UCB), to her reflections on what a wonderful time she had working with her The Good Place castmate Ted Danson; every moment was more eye-opening and informative than the last.

The full audio from that night is available on the 92Y website in podcast form.

The Good Place recently concluded its third season on NBC.  It is currently streaming on Hulu and Netflix.