The CW's "Naomi" Has Some Unpacking to Do 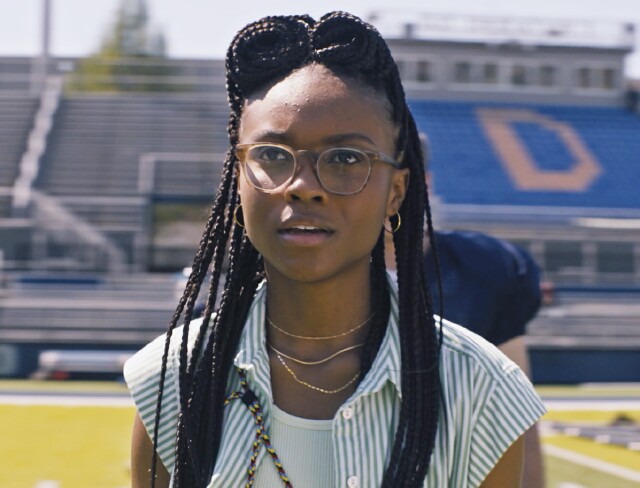 The CW is certainly no stranger to the whole superhero show thing, and recently that "thing" has represented a changing of the guard. All or most of the big-name supes we know and love in both the DC and Marvel universes have been stepping down, or at the very least are preparing to, in order to make room for new blood. Yes, many creators of superheroes and their stories have been seizing this moment as an opportunity for increased inclusion and an ever-improving state of representation, but if one puts those things aside the question becomes, "Do these new heroes even hold a candle to their predecessors?" I'll answer that question using The CW's newest, most diverse hero on the block, Naomi, whose primary superpower right now seems to be having the estimable Ava DuVernay as an executive producer.

Created and written by Ms. DuVernay and Jill Blankenship (who wrote and produced a number of Arrow episodes) and based on the 2019 DC comic of the same name (created by writer Brian Michael Bendis, writer David F. Walker and artist Jamal Campbell for Bendis's Wonder Comics imprint), Naomi stars Kaci Walfall (pictured at top) as the titular superhero-in-the-making. Naomi is a sixteen-year-old military brat who lives in Port Oswego, Oregon, with her adoptive parents. In this version of the world the existence of actual superheroes is somehow a question mark, yet Naomi has the third most popular Superman fan site in the world. She's also an A student and proficient skateboarder, all while juggling multiple suitors of different genders in the most wholesome way possible.

While preparing for a school debate, Naomi hears of a possible "Superman stunt" happening nearby. She gets about a block away, everything gets fuzzy and she passes out, a la having low blood sugar. From there begins the semi slow burn of her discovering her (at this point) pretty non-descript list of superpowers.

The things that make Naomi fresh are not all that different from the things that end up hurting it -- particularly, the main character's general newness. Naomi's superhero sister-shows with diverse leads, like Black Lighting and Batwoman, have the advantage of being re-imaginings of classic heroes from comic book runs that go back decades, but Naomi didn't exist at all before 2019, so banking on nostalgia and recognition to fuel the popularity of the series is probably a wash. This begs the question, "What is this show's true draw, if it's not a way to capitalize on something that is already popular?"

Diversity is "in" right now, so pack it on, you know? That at least feels like what the thought process might've been with this one. Naomi's not just Black. She's Black, female, a member of Generation Z, bisexual and adopted. Also, she has a multi-cultural Scooby Doo-esque gang of friends and a gender-irrelevant love life. Oh, and spoiler alert, she's "an alien from outer space" (her words). In the third episode, we also finally find out that her parents found her in the woods after she fell out of the damn sky, and basically knew she was an alien the whole time. I mean, Superman much? It's a lot.

Beyond all that, Naomi does have that signature flavor that everything from The CW has, but I anticipate the slow-release nature of its story getting in the way of its progress. With Batwoman for instance, things were already familiar, so the only real goal was to get Kate Kane in that suit and on the street fighting, and the blanks could be filled in later. Same thing with Black Lightning: Suit him up and send him out, because that's what we want to see, and then tell more of the story once it's on its feet. Naomi, however, is slowly disseminating the answers to all our important questions. Ironically, this sort of piecemealing sets the show up to seem like it's getting ahead of itself at times.

For example, in the first episode Naomi is just barely figuring out that she has powers, and by episode's end she has to take a literal leap of faith off of a bridge in order to know for sure. She ends up doing it, but the camera cuts away just before showing us what happens, instead cutting to the reaction shot of her supposed mentor Dee (Alexander Wraith), who reacts affirmatively. By the very next episode, she's saying stuff about being able to control her powers, even though all we've seen Dee do to train her is have her bounce two tennis balls in the tattoo shop's basement dojo (yes, you read that correctly).

Hmmm. What happened after she jumped off the bridge? Can she float? Can she fly? Did she generate a force field? Did the VFX budget not cover what we needed to see so they cut around it? When did she figure out how to control anything? In-between episodes? And what exactly are this young woman's powers, anyway? So far, we've seen her telekinetically swirl leaves and debris around herself, and we know that she has telescopic vision, super-hearing and can generate some kind of force that makes her hands glow. Maybe I'm impatient .... but this lack of definition about her skill set makes it hard to wrap one's head around anything that feels familiar to the DC universe other than Superman name drops and general tone.

To its credit, however, I do really dig Naomi's supporting cast. Naomi's dad is Barry Watson, the older brother from 7th Heaven, so I got a kick out of that. Also, the banter between Naomi and her best friend Annabelle (Mary-Charles Jones) is down to earth and always entertaining for some reason (something about Annabelle  calling Naomi "babe" all the time is fun), her friend and crush Lourdes (Camila Moreno) is a Latinx LGBTQ high-school dropout who runs a comic book store, so I love everything about that, and whenever Law & Order: SVU's Stephanie March isn't serving us looks, she's bringing heavy serious actor vibes as the ominously mysterious Akira.

When it's all said and done, I think DuVernay's influence on the series shows in its emotional grounding, like Naomi's concern about being an alien on top of being Black, and how she loves the idea of Superman because they're both adopted, but narratively we have to get to a place where the series makes sense not only alone, but in the context of DC's greater TV universe.

So, while it may leave a thing or two to be desired as a TV show in the superhero landscape, Naomi still gives us a big step in the right direction representation-wise, and will ultimately make more space for shows like it, which is the real goal, right?

Naomi is telecast Tuesdays at 9 p.m. on The CW.