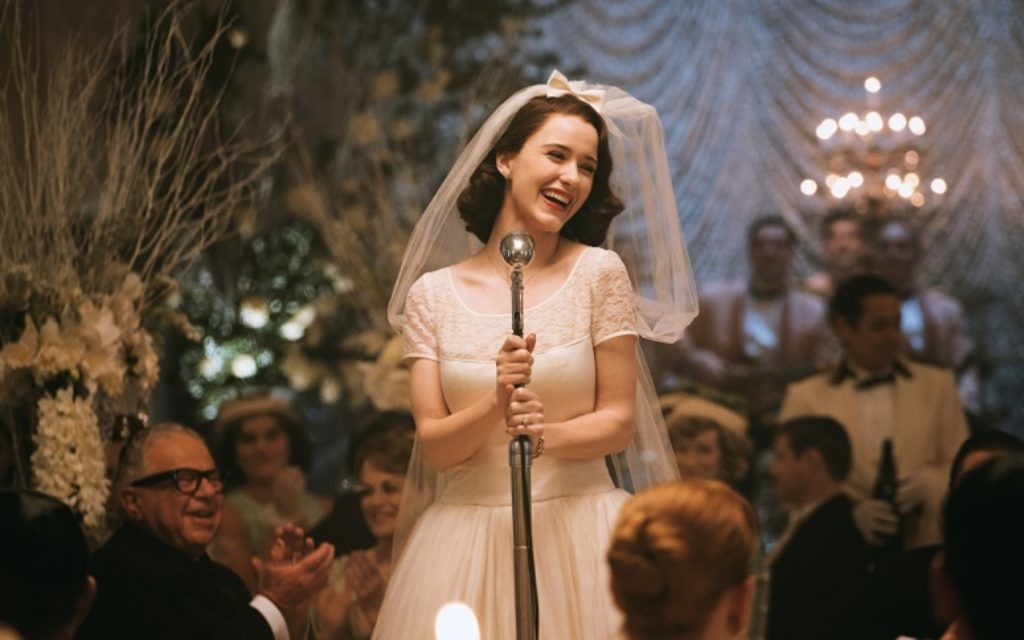 Since it first released to the streaming world in 2017, Amazon Prime Video's The Marvelous Mrs. Maisel  has found critical success across the board. The show has claimed an Emmy and Golden Globe for being TV's best comedy; the show's creator, Amy Sherman-Palladino, has won multiple Emmy Awards herself. Cast members Alex Borstein and Tony Shalhoub have received Emmy Awards for their supporting roles. Rachel Brosnahan, who portrays the eponymous Mrs. Maisel, won multiple Golden Globes as well as an Emmy for her performance.

With the third season of The Marvelous Mrs. Maisel  hitting TV screens last month and already generating awards buzz, here are some insights and data on the viewership for the newest season, via Nielsen's Subscription Video On Demand (SVOD) Content Ratings solution.

After the third season of The Marvelous Mrs. Maisel released on December 6, 2019, the series has now found more accolades to add to its resume. The new season had a strong showing in terms of viewership — more than doubling its premiere day average minute audience from Season 2. The first episode Mrs. Maisel's Season 3 brought in an average minute audience of over 2.1 million U.S. Persons 2+ TV viewers compared to the previous season's first episode, which brought in 972 thousand viewers on its premiere day. Additionally, when we look across all episodes on premiere day, Season 3 drew over 600,000 viewers, compared to 240,000 for Season 2.

When looking at average viewership by day, Season 3 of Mrs. Maisel had an average minute audience of 3.2 million viewers across its first seven days, surpassing the audience numbers of Season 2, which were just under 2 million.

Continuing the trend from Season 2, the third season of Mrs. Maisel found a strong base of female viewers, as 62 percent of its audience was female. However, that number is down from Season 2's audience share (65 percent of viewers were female). Even so, the show's female skew is still more prominent than that of the average minute audience of streaming Amazon programs overall (52 percent female). 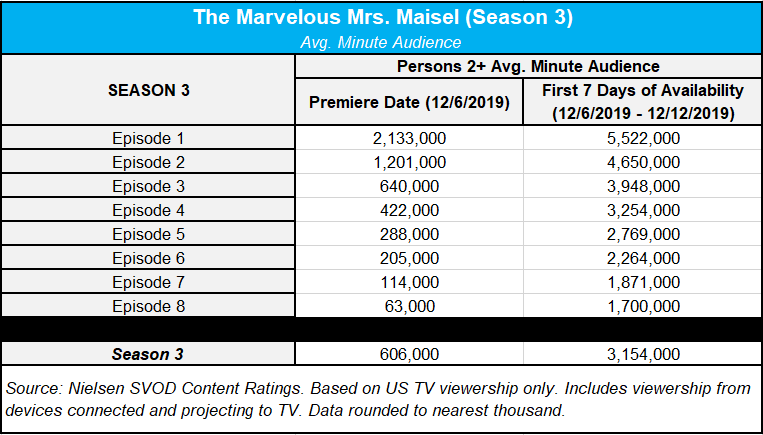