The Upcoming Revolution in Marketing -- Conclusion 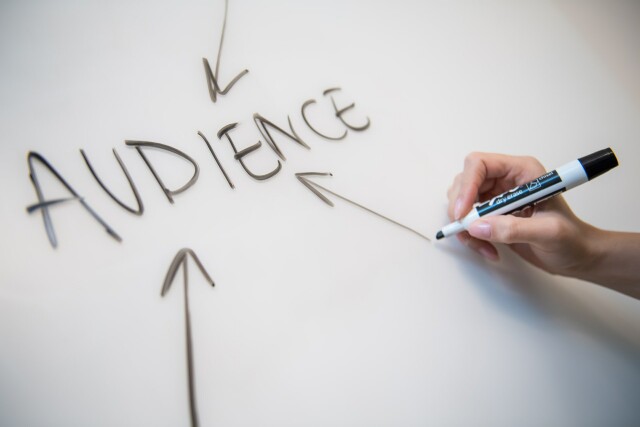 Continuing last week's column ... Networks have been trying for years to prove the greater value of a TV impression, although no one doubts it. Nor should they. In the revolution, the swift increases in sales and branding effects will be widely noticeable. This will restore linear TV stock. It will no longer be necessary to prove the value of linear TV. Soon the term linear will disappear as all TV becomes addressable. TV will grow revenues again and imbalances will be restored leading to an eventual win/win Nash equilibrium.

Why is this a revolution? Because it will institutionalize a standard way for incorporating impression quality/value in terms of probable outcomes in the CPM. Because this has been missing, for more than half a century, impact per impression has not been explicitly built into the CPM. Instead, the CPM has been left to float based on the blind hand of the market -- in other words, muddy implicit guesswork has been allowed to set the CPM.

This is not the sign of a rational market, nor has it led to a win/win Nash equilibrium for buyers, sellers and society. The most blatant sign of the damage this omission has done is that total U.S. TV adspend has stayed in the $60-$70 billion range since 2005, while U.S. digital adspend has grown from $12.5 billion in 2005 to $240 billion in the same timeframe, mostly on the basis of CPM and self-reported audience/efficacy estimates (plus low cost of entry, addressability, interactivity and the shiny new object factor). The beneficiaries are a handful of companies, and those most damaged by the situation are the advertisers, agencies, all other media, and the other businesses whose success depends upon the success of advertisers, as well as collateral societal damage. Only 18% of top national advertisers studied by BHC, Fox, McKinsey and Standard Media Index 2014-2019 grew brand share during those years in which digital adspend by national advertisers grew the most since 2005.

Common sense would indicate that most digital advertising, scrupulously avoided by consumer eye movements, could not even come close to the impact of linear TV advertising, and yet the way the herd stampeded after the CPM is a fact of history, not speaking well for common sense nor the respect paid to media research empirical sciences.

The Impact Revolution -- widespread use of impact weights on CPMs in media selection -- will transform marketing into a business nearing a true science and make more companies successful.

This is not a story about RMT, although RMT is playing a catalytic role. Using RMT as a predictor of sales effects and branding effects, practitioners will notice that some money is still being left on the table because of other mediating factors which RMT leaves out. Other companies will strive to add in those missing factors.

The most obvious one is ad clutter. Ad clutter is a mechanical variable (ARF Model level one, Vehicle/Ad Distribution) whereas RMT operates at the human psychological level (ARF Model levels two and three, Vehicle Exposure and Ad Exposure). Adelaide is the company currently leading the charge to go beyond viewability and to estimate an Attention Unit (AU) value for media contexts. Ad clutter is one of the factors at the mechanical delivery level and is used by Adelaide along with other factors at the mechanical level to measure what RMT doesn't measure that ought to be reflected in the Impact weight applied to the CPM in media selection. So, Adelaide is very much a part of the great revolution, as are other companies in existence today and to come. Welcome them all in, and use those who give you the best results, expecting that it will probably be a combination.

The way I think of what RMT does not measure which is relevant to impression value is the distractabilityof an environment. Each media environment has its own built-in level of distractability which needs to be measured, and from our point of view, that is the service that Adelaide is providing, while RMT is finding the audiences and media environments that most amplify the specific ad by their resonance with that ad.

Duane Varan of Media Science says that we ought to be concerned about inattention, not about attention. Firstly, because you don't need to maximize attention, you need to get a sufficiency of it; and secondly, because inattention can be measured more precisely and comprehensively than attention, since Media Science has found that there are many types of attention, and scientifically pursuing the subject of all those types will take us down a long rabbit hole. A trip we can perhaps pragmatically set aside for pure researchers divorced from day-to-day concerns of industry.

This suggests that Adelaide might consider itself focused on distraction indexing rather than calling it attention indexing, but a rose is still a rose whatever we choose to call it.

Come the revolution all companies negatively affected by digital shall rise again. Digital itself will feel no pain, runaway growth in the advertising business will plateau and be replaced by the development and exploitation of new technologies.