The Vision Thing: What It Means for Marketers 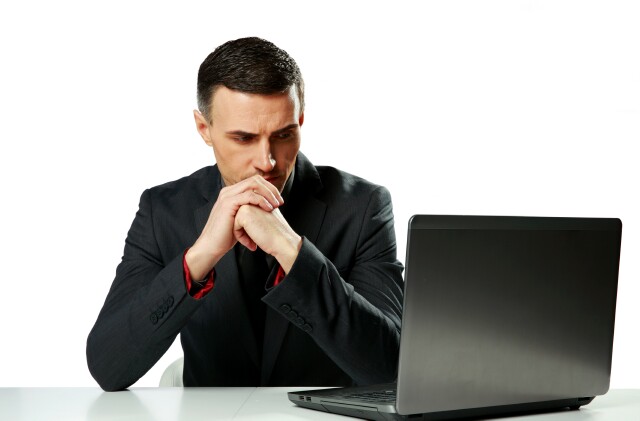 This is not the vision thing that Vice President George H.W. Bush had in mind in January, 1987 when he had a problem articulating his vision running for the presidency in 1988. No, my vision is more concise and imperative if we, as an industry, expect to correct some of the missteps that have been going on for some time now.

It’s no secret that the relationship between advertisers and their agencies has deteriorated. This has occurred for many reasons including service, staffing, alignment with client goals and objectives and of course compensation. But transparency has now become the breaking point of trust between the parties.

Many attempts have been made to correct several of these issues but invariably they keep coming up again and again because no one really has been able to make radical changes necessary to the system. The system is broken because it continues to rely heavily on the status quo and on certain new methods that don’t always work for both parties. But the way the system is going now it’s a slow crippling death anyway.

The future really does require major changes in the way we think about the advertiser and agency relationship. For example: Is the agency truly an agent in all respects for the client (or a principal when acting as a reseller of inventory)? Is the client really first priority or does agency business come first?  (When clients do come first it really does elevate agency business.)  Are compensation methods geared to meet revenue and profit goals for the agency even if client objectives are not met and value is not received?  And if the agency does come up short on their financial goals, are undisclosed methods used to leverage client income to make up the difference? Has transparency gone far enough?

These concerns must be resolved if we are to restore client confidence.

There is also another transformation taking place that is destined to disrupt the status quo. Precipitated by the digital world, who should control the trading desk and how should (private) first party data be disseminated? Is there an element of mistrust that agencies aggregate first party data across clients to build their own database?  Should ad tech companies work directly with clients and who should handle Data Management Platforms? Will the agency continue to be the primary client strategist and a full partner or be relegated to data analytics or negotiating media pricing? These things are being evaluated now. And they are adding to a disconnect of the client/agency partnership.

A model that’s been considered for an agency and client to operate in a real partnership is for compensation to be implemented on a pay for performance basis. That may be a legitimate argument although it’s often been difficult to implement because there are so many marketing and creative variables to pinpoint performance leading directly to sales results. And now, with more digital players involved in many aspects of every campaign effort and more project based assignments offered, it’s even more demanding to draw specific correlations. The idea that a pay for performance partnership can be created to reward both the client and the agency by achieving certain performance goals is possible by setting reasonable goals agreed upon in advance by all parties. In other words a model that attempts to establish a proportional reward that allows agencies to profit even more from their performance when clients succeed.

Agencies raise a good point when they advocate the strength of advertising investments.  But if clients are encouraged to spend more and the agency makes more money (on commission) as the budget goes up but only rarely adds to staff even when needed, that’s unreasonable. And when advertising budgets are reduced and agencies cut back staff (or put juniors on the business) to keep the margins up that doesn’t seem like the right way to have a strong, enduring client relationship.

One of the most fervent arguments in favor of fee-based remuneration has been that scope of work for a client is the determining factor for judging compensation. That sounds reasonable and it certainly is a factor. But workload is not necessarily related to business outcomes. And any additional incentive bonus that may be offered based on performance metrics doesn’t always go directly to the staffers on the account. (Oftentimes it goes to agency corporate overhead instead.) That doesn’t seem entirely fair either and probably deflates employee moral.

My vision is to see a compensation model that works best for all parties. Not only commission or fees but KPIs (key performance indicators including hard and soft measures) tied to business results.  A model directed to client success and business improvement that also reveals where and how the money is managed and how it contributes to smarter strategic and innovative thinking.  And yes, one that also reduces waste and maximizes efficiency at all levels; operationally, in staffing and with media pricing. It can be done and it’s not just imagined.

Mike Drexler is currently a Managing Partner at Drexler/Fajen & Partners, a media agency review firm that works with advertisers to evaluate their agencies’ performance. He was previously Founder and Principal of Drexler Geller Associates, an execu…