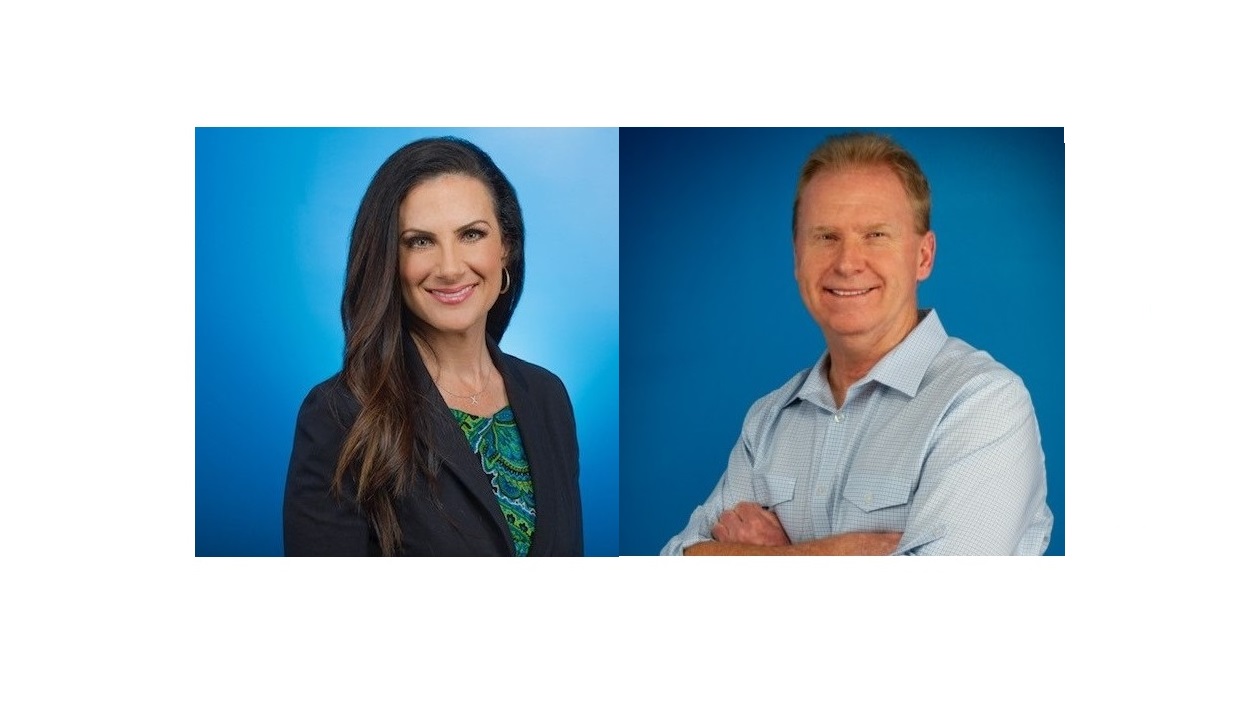 From feature stories to long-form podcasts, journalists have long realized that there's more to tell than just straight news and breaking updates. The Weather Channel television network is recognized as the category leader in live weather news, but also serves as a destination for original TV series, featuring compelling and often surprising stories about how weather impacts life.

MediaVillage talked with The Weather Channel's Nora Zimmett (pictured above), chief content officer and executive vice president, and Howard Sappington (pictured above), vice president, original programming, about entertaining and empowering viewers with character-driven storytelling. The conversation also dives into how, when it comes to covering sociopolitical weather issues such as climate change, The Weather Channel's approach is to "follow the science."

Michael Smith: How does long-form original TV series content fit into your programming and scheduling strategy?

Nora Zimmett: We've listened to our audience and learned that they're going to plan their day in the morning with our AMHQ show, and during the day when they're out running around or at work, they rely on our live forecast shows, like Weather Center Live, to plan their activities. But at night when they're at home, they're looking for a lean-back, big-screen experience, from shows like Heavy Rescue: 401 and Storm Stories: The Next Chapter, with family-friendly storytelling that everyone can enjoy together.

Smith: What's your approach to originals; what formats and topics work for you?

Zimmett: One of the things that differentiates us from other nonfiction networks is that we uniquely leverage weather as a character in all our storytelling. It's the protagonist against which human characters must compete in challenges to achieve goals and often to secure ultimate survival.

Howard Sappington: When we evaluate potential show pitches, the show can't be just weather adjacent, like a show about just the outdoors. We need to see weather as a key part of the story conflict and resolution. Compelling stories of real people working under and surviving in extreme weather conditions work best for us.

Zimmett: We've discovered that our audience wants character-driven shows more than purely how-to, informational shows. They love shows that pit man against nature, like in our popular show Highway Thru Hell,where the Jamie Davis Heavy Rescue crew faces the daunting job of clearing major wrecks to keep a key highway open against blistering weather conditions. I believe people sell the story, whether it's our engaging meteorologists during the day or our compelling real-life characters in primetime.

Smith: What are some other key success factors for your shows?

Sappington: Shows like Storm Stories really resonate because of the emotional and often gut-wrenching impact of seeing the amazing experiences people have gone through and how they've overcome and become stronger.

Zimmett: We avoid generic narrator hosts. It's important that we personalize the story, telling it through the actual people who suffered through the storms, survived the extreme conditions, and can offer a unique firsthand perspective. Instead of a show in the Arctic or on Everest where most people will never go, we choose more relatable topics, like hurricane and tornadoes happening in America, to show people that they might find themselves in those situations.

Sappington: Characters and stories are key, but viewers also like some useful takeaway info, like survival tips they can use if they ever faced situations like the ones in our shows.

Zimmett: Recently, we were doing focus group research in Houston and a woman told us about how she and her daughter survived Hurricane Harvey and were stranded on a rooftop for 14 hours, and as scared as the she was, her daughter said, "Mom, I know what to do because I watched The Weather Channel." It's so affirming to know that we're doing our job by both entertaining and educating through storytelling.

Smith: The Weather Channel is all about how weather impacts our lives, but is your original content also impacted by current cultural and political trends?

Zimmett: I'm glad you brought that up. I don't think we're getting into political topics. We're simply getting into science topics that everybody else has deemed political. It's interesting that in this country, we think of science-based topics like climate change as political once different political parties take a stance on them. We don't advocate for one policy over another, we advocate on behalf of science and the planet.

Smith: What inspired your new series of specials, Race to Save the Planet?

Zimmett: We believe strongly that talking about climate change is key to fulfilling our mission of protecting and saving lives. We started last November with our first Race to Save the Planet special, where we talked to 2020 presidential candidates about their climate policies and what science shows us are going to be the problems during their administrations.

Smith: What are you excited about for the rest of this year?

Zimmett: We're taking our original series Storm of Suspicion to a new platform when it hits Entertainment Studios broadcast syndication airwaves across America at the end of this year. The show idea came to both Howard and me literally at the same day, when we said to each other, "Let's create a CSI crime show where weather is either than main character, an alibi for the perpetrator, or something that helps officials solve the crime." Stations around the country fell in love with it, so it will be coming soon to a city near you.

Sappington: Weather Gone Viral is also entering syndication. It takes an entertaining look at some of the funny things in the world and in life that happened around the weather.

Don't stop now! Stay in the know with more fromWeatherChannelInSites.com
Click the social buttons to share this story with colleagues and friends.
The opinions expressed here are the author's views and do not necessarily represent the views of MediaVillage.com/MyersBizNet.

Michael Smith advises startup and established companies in the TV/OTT, digital media, video content, and technology sectors.  For the past 20 years, Michael has established a career focused on building the “What’s Next” in the lifestyl…