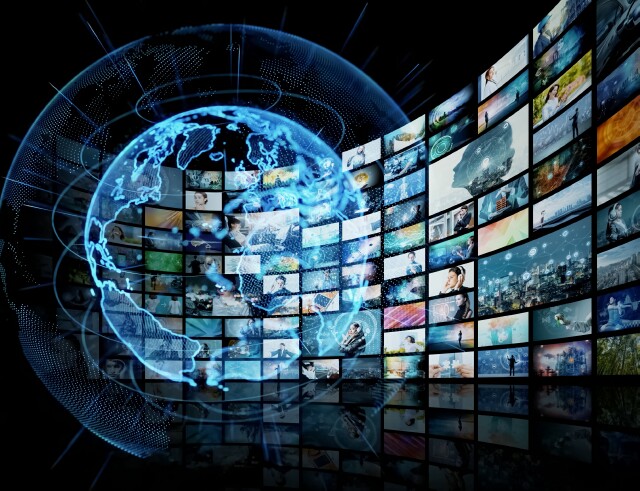 At the beginning of each semester when I was in college, it was typical for the professor to suggest an icebreaker exercise on the first day of class so as to allow us to get to know our classmates better. In one instance, we were tasked with identifying a "pet peeve." Not having a particular answer in mind, I mentioned, truthfully, that the term "pet peeve" itself had always rubbed me the wrong way. For whatever reason, this elicited a series of chuckles. But here I am, several years later, now invoking that very phrase to draw attention to three news media practices I have recently taken note of (even though each has been surely practiced before) and believe ought to be discontinued.

The first concerns the press' penchant for making grand, sweeping pronouncements, particularly as such pertain to predictions about the future. A November 22, 2021 RealClearPolitics commentary piece by A.B. Stoddard declared, "The Democratic Party Is Poised to Blow Up Soon." This was not unlike inverse predictions trotted out in the aftermath of the Georgia Senate runoff elections on January 5, 2021, when Republicans lost both contested seats and commentators declared the end of the GOP. But fewer than 11 months after Tom Nichols, writing in The Atlantic under the headline "The Republican Party Is Now in Its End Stages," forecasted the imminent collapse of one of the world's oldest political parties, a just released Gallup poll showed a dramatic shift in party preference of Americans toward the GOP over the course of 2021, with Republicans holding their largest fourth quarter lead since 1995. What a difference a year makes. So beware of grand pronouncements, whether it's "Demographics are Destiny," "The Second Coming of American Fascism" or pick your sweeping statement du jour.

Second, as readers of this column and my writings elsewhere may recall, I frequently draw attention to how certain terms are employed in both the press and in political discourse more broadly. I have variously taken issue with the terms or phrases "officials and authorities," "holding the powerful accountable," "the American people," etc. But there is another recent term frequently thrown around by journalists that ought to be reconsidered, and that is "reform," whether used in the context of "voting reform," "filibuster reform," "entitlements reform" or anything else. The use of the term "reform" -- as opposed to the more neutral word "change" or "modification" -- presupposes, in its connotation, the inherent desirability of a proposed change, even if the burden of proof still remains to demonstrate that such a proposed course of action is, in fact, preferable to the status quo. "Reform" is in the eyes of the beholder, and any journalist striving for even a degree of neutrality should be mindful of language choices such as this one. Although political operatives, perhaps most famously Frank Luntz, are famous for pushing language choices that subtly reframe the terms of the debate, media outlets ought to abstain from this endeavor. A key component of politics, I often say, is about defining (and redefining) language. But the press should leave that to the political strategists and campaign advisors. Lord knows there's enough of them already.

For my third and final (at this time) pet peeve, there is the national press' habit of seeking to define -- through coverage choices and interview questions selected -- a given political figure (or elevate a given officeholder to prominence in the first place) by a certain issue or dispute, often one in line with a media outlet's editorial position. In a previous column, I invoked Spiro Agnew's 1969 observation about how the press can "elevate men from obscurity to national prominence within a week." Had anyone heard of Rep. Adam Kinzinger (R-Il.) prior to the aftermath of the presidential election of 2020? Similarly, based on media coverage choices, Rep. Liz Cheney (R-Wy.) has become synonymous with the events surrounding the second impeachment of former President Donald Trump -- never mind her very relevant foreign policy views (and what they represent in the current foreign policy schism within the GOP) or her actual voting record during the Trump administration. On a similar note, if the press had devoted as much attention to, say, the Iran issue as was spent on the Russia collusion question, Rep. Michael McCall (R-Tx.) or Rep. Brad Sherman (D-Ca.) would be as much a household name as Rep. Eric Swalwell (D-Ca.). Something similar might be said for Rep. Chris Smith (R-NJ.) and his long-standing signature issue of combatting human trafficking.

And as it relates to this third point, as I have discussed in the past, it is important to recall that media coverage does not just flow one way, where the political tos and fros are covered through journalists and then disseminated outwards to the public. In reality, public demand for certain coverage choices can impact which stories are told, and this, in turn, influences which issues media-savvy or attention-hungry politicians devote themselves to. So, for instance, if prime time news consumers were as focused on solving a given issue (like, say, human trafficking, or Alzheimer's, or gang violence) rather than endlessly following personality clashes and the horse race, more officeholders would clamor to put forward such proposals and, thus, garner the sort of media praise that is oxygen to many (if not most) in the political realm.

I am conscious of the fact that many of my columns tend to point out where the news media could do things better. "Criticism," despite its connotation in modern use, is not always meant to be negative and can take the form of praising a work of art or literature or, in the case of media criticism, commending when the press -- on the whole -- has covered an issue comprehensively and well, and certainly some of my columns do this exactly. With that said, this column can perhaps best be read alongside last month's piece "Media Herds, Now and Forever?" in the sense that that column discussed a general framework for how news outlets can improve for 2022, while this one lends its focus to a few specific, more micros areas of potential improvement. However, I would contend that despite the criticisms here perhaps seeming specific or picayune, they actually say a considerable amount about the state of the news media in the early stretch of this new decade.