Transitions are Difficult, But Inevitable. Learn to Embrace Change. 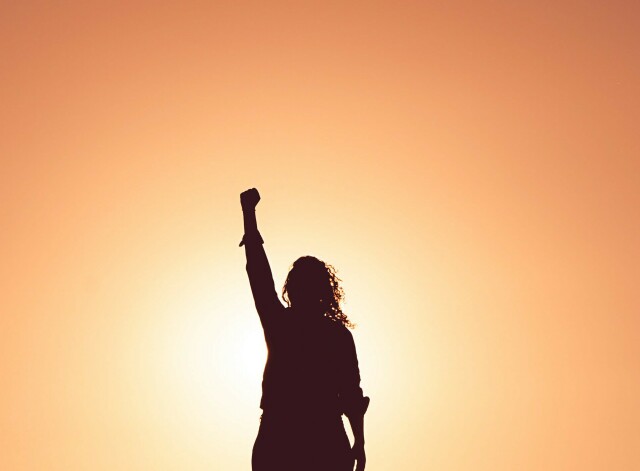 Transitions are hard -- that's undeniable. We're kicking off 2022, and we've all read our fair share of "New Year, New You" articles, or opinion pieces lamenting how COVID-19 has changed all of our lives forever. This relentless virus has caused us all to transition at the same time and for the same reason. This shared experience within the global community has left me contemplating my challenges with transitions and how best to overcome them.

In 2015 I experienced a professional transition. I quit my non-profit job as a college access counselor/trainer to pursue a career in the corporate space. In June of that year, I joined NCC Media, a cable company owned by the three largest cable providers -- Comcast, Spectrum Reachand Cox Media. I didn't have a clue what NCC Media did and or how they did it, but ultimately I was hired to train sales coordinators on how to do their job. So, I entered into the lion's den of the TV industry and learned everything I could. Pulsing and posting, under-delivery, what an actual spot meant, etc. As a television fan, it was exhilarating to learn about the business from the other side of the screen. I was no longer just judging the advertisements that I saw on the level of creativity or if they spoke to me. I was beginning to time how long they lasted. Was that a 15- or a 30-second spot? Why did I see ads for Sonic when the closest Sonic was two states over? I began to question the logic for how and why brands advertised the way they did. The leap of faith I took taking this job and accepting this transition was already paying off.

Three years later, as I was beginning to hit my stride as the sales trainer, our company experienced a transformational shift. The company was getting a full-on makeover. In what felt like the blink of an eye, we had a new CEO with a brand new executive team (now 50% female versus the previous all-male team) and a new name. We were now Ampersand. To help inform the industry on who we were and where we were heading, I transitioned from being the training specialist to the marketing operations manager. So, again, it was time to learn a new team, new leadership, new processes and fresh skillsets. It was as if not only NCC was rebranding, but I as well. On top of that, Ampersand was built as the primary force in an increasingly transitioning and evolving TV industry.

I was excited about the big changes I was experiencing in my professional career, but little did I know, a few months into my new role, I would be preparing for yet another transition -- motherhood. The following spring, I found out I was pregnant. Needless to say, I waddled through most of 2019 working with my team on the company's rebrand from NCC Media to Ampersand -- an exciting project that taught me a lot. The year was ending, we were firmly Ampersand, I had solid footing in my new role, and I had had my beautiful baby boy. So now it was time for a break from transitions, right?

On the exact day my maternity ended, mid-March of 2020, lockdown began. I was looking forward to enjoying our new office as well as playdates with my friends and their little ones. Unfortunately, the world changed in an instant. We had to learn how to operate in a new and strange way. And working in television, we had to also pivot the way we represented viewership habits -- as more and more people were home watching television. All at once! All with a newborn! My professional and personal life required me to reassess how to transition in a healthy way.

There are many different ways to navigate the changing landscape of life. I chose these methods:

Transitions are never easy, but they are inevitable. To move forward in this industry and in life one must embrace change and not let fear of failure drag you down.

This column was written by Asha Atkins, Marketing Operations Manager at Ampersand (pictured at right).