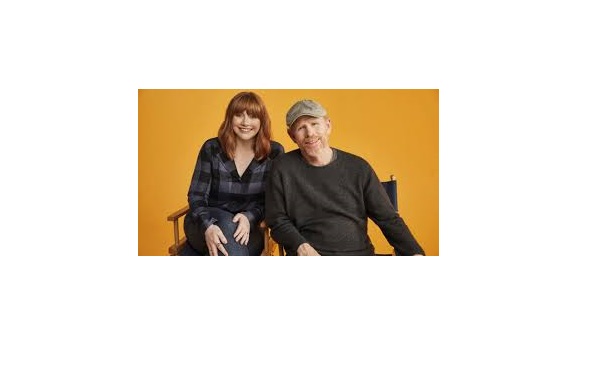 After a bumpy first few months of existence, Apple TV+ appears to be getting its programming mojo in top gear. Recent series from Visible: Out On Television to Central Park are winning attention from critics and viewers as candidates for year-end 2020 accolades, while Dickenson gave the mega-programming venture its first Peabody Award, a rare citation for a media enterprise still in its first year.

Dads is Apple TV+'s latest presentation, a documentary feature exploring the positives and perils of fatherhood using experiences of both celebrities and non-celebrities. Put together by first-time feature filmmaker Bryce Dallas Howard—eldest daughter of director/actor Ron Howard (both pictured at top), who co-produced the movie through Imagine Entertainment—Dads was primarily financed by Unilever under its umbrella of Dove Men+Care products. Aline Santos, Unilever's Executive Vice President Marketing and Chief Diversity and Inclusion Officer, discussed the Dads investment during her Jack Myers Leadership Conversation hour last week.

"(Dove) is a big sponsor of paternity and maternity leave, so we want to expand the rights for men to have paternity leave all around the world," Santos explained. "This is something that we are doing with them. It's absolutely amazing."

For Unilever, Dads represents the beginning of a new TV direction, one where you go beyond commercials to exhibit social values, or in Santos' vocabulary, purpose. "if you are selling a soap, the conversation is not only about soap, it's about self-esteem, a positive image of your body," she suggested. "There are so many different elements, so many different aspects. That makes it much easier to create content in a different way, that you can be participating differently. New media, channels that we didn't have before." 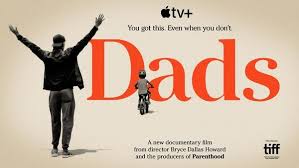 Howard appreciated Unilever's financial support of her documentary. "It was really clear that it wasn't a commercial for them," she told The Los Angeles Times last week. "It wasn't (about) advertising products. It wasn't even advertising their name. They wanted to invest in supporting modern fathers around the world."

"It's empowering men to get in there, and empowering women to allow for that to happen," Howard added.

Santos hopes Dads will trigger a paternity rights movement that extends beyond what individual companies enact. "Around the world, this is something that (our brand) is fighting for. This is something that we are changing, and we are making sure that more and more countries have legislation that can give this right for men," Santos declared.

The explosion and viewer acceptance of new content options, many circulating through smart TV sets and TV-connected gadgets, will lead to many more non-commercial ways advertisers can empower the public, Santos continued. "For brands to really thrive, they need to be in the front seat with consumers because at the moment, consumers are leading the way. The sweet spot between brands and consumers is to be co-creators, to be the ones who are going to be shaping culture."