UP Entertainment Delivers Easter Programming Celebrating the Season Of Renewal 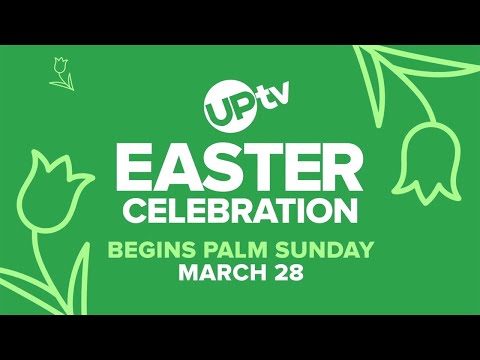 Spring is upon us, and for many it begins a time of renewal. It also marks the Easter season, and this year the folks at UPtv and Aspire, along with their streaming service UP Faith & Family, are embracing that theme with a week-long programming event titled "Easter Lives Here" that promises the best in uplifting and faith-friendly entertainment. "If you look at UP Entertainment through our three brands, we are the destination for the millions of people who celebrate the deeper meaning of Easter and Christmas," said CEO of UP Entertainment Charley Humbard. "That's one piece that I think is very important; that we curate different types of programming around those holidays and we make sure we deliver the storylines and types of shows that really celebrate the season."

"Easter is a perfect season for us with it being a time of renewal," he continued. "Whether you're coming to us as a place to celebrate the spiritual and faith meaning of Easter, or you're just coming to us for the season of hope, love and new beginnings, you'll find that on UP. Unlike any other network out there, we celebrate the Easter season as an event."

"This year, like no other year, is a time of new beginnings," he added. "And from the advertising community, they're really pushing that theme of a fresh start. We are starting to come out of this season of COVID, so I think our programming offering aligns perfectly with what brands and advertisers are seeking."

"Easter Lives Here" commences on Palm Sunday with The Passion of the Christ and culminates with the world broadcast premiere of the theatrical film When We Last Spoke on Easter Sunday. Humbard is particularly proud of the variety of programming curated this year for a myriad of reasons. "The Passion of the Christ is obviously not a film we made," he explained. "But we're the ones who brought that film back and put it on television on its 10th anniversary. There are so many families out there [for whom] watching the movie on UPtv is an annual event. While the film is rated R because of the violence, it has such an amazing story of forgiveness and love. It's really a coming-of-age film for a lot of faithful homes." Other hit theatrical movies included in UP's Easter lineup include Courageous, God's Not Dead and Heaven is For Real.

"This year we also have The Chosen, which is the largest crowdfunded media project ever made," he continued. "Bringing that to television for the whole week in between Palm Sunday and Easter Sunday is a big promotable for us. It's the first multi-season series about the life of Jesus Christ and fits nicely with our Easter offering. In the past, we've celebrated Easter with a lot of the more classic Bible films, and we thought this would be the perfect addition for us. It's gritty, it's real and it's produced unlike any of the other kind of Bible films on the life of Jesus. You really will feel how tough it was in Roman times." 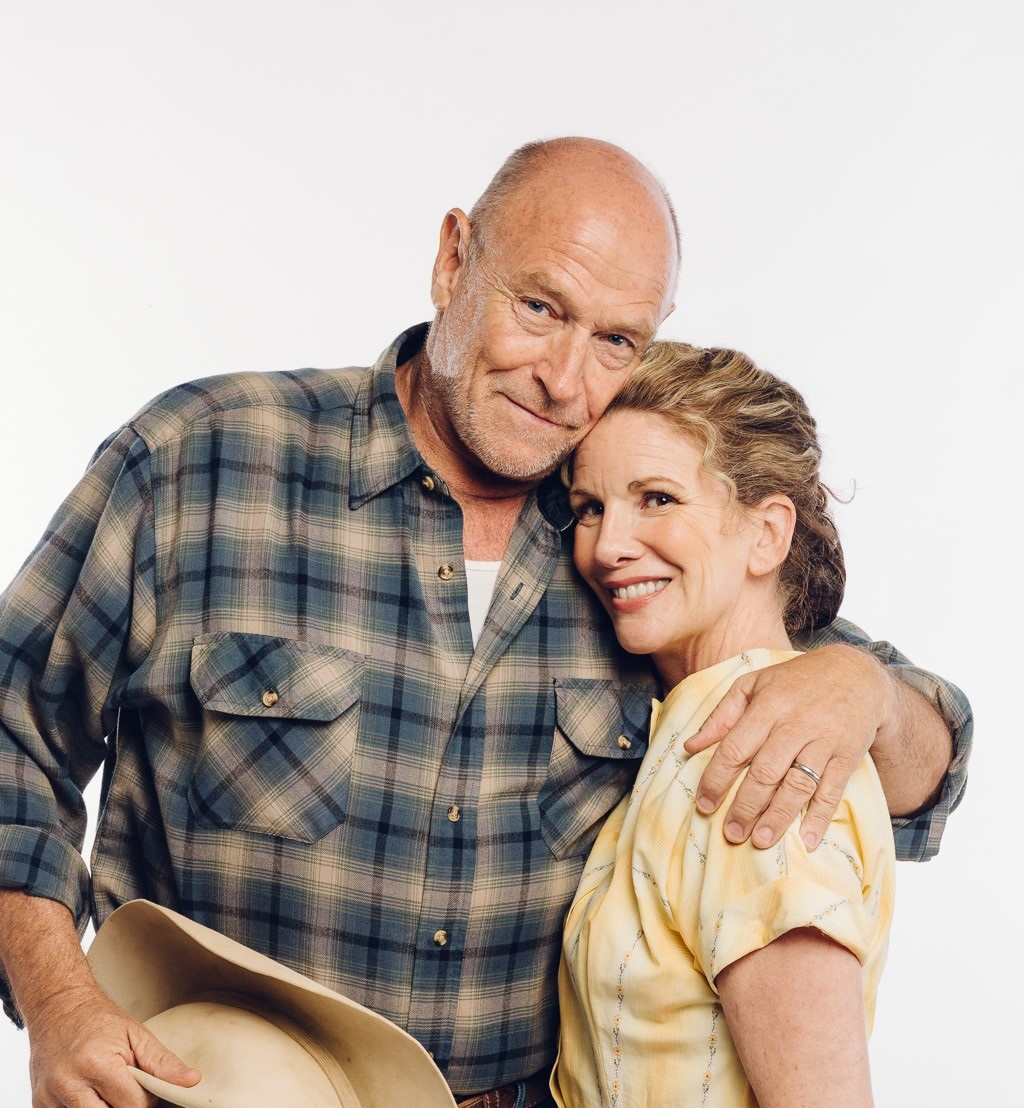 Originally released as a theatrical, Humbard is excited for the world broadcast premiere of When We Last Spoke, the jewel in this year's "Easter Lives Here" programming event. "Not to give it all away, but I think this story fits our theme of renewal and second chances perfectly," he said. "It has a great cast with Corbin Bernsen, Melissa Gilbert (both pictured above), who people love from Little House on the Prairie(which airs weekday mornings on the network), and Cloris Leachman (pictured below), in one of her last performances. To be able to celebrate her life with a modern story was the perfect fit for how we'd like to end the Easter week." 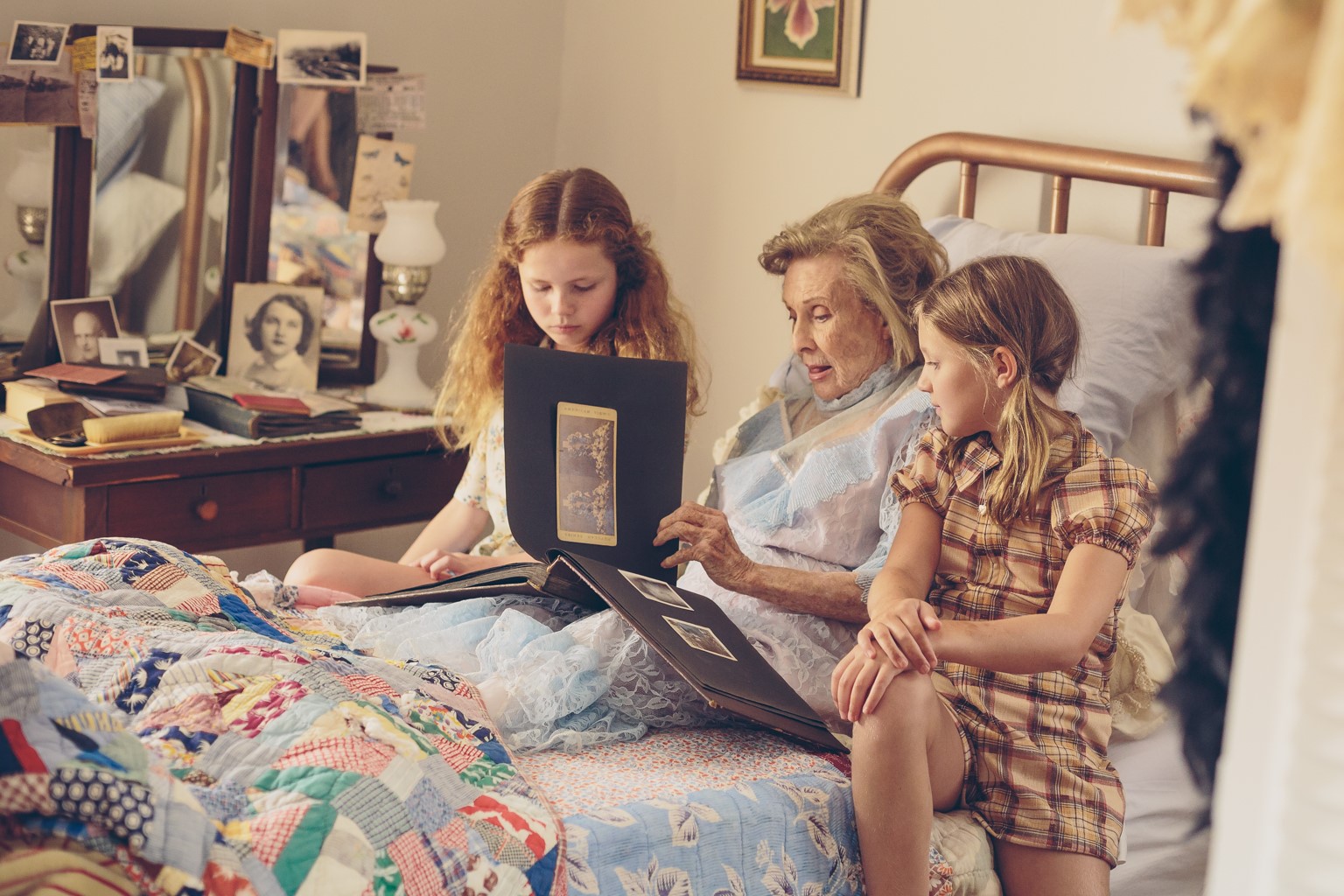 In addition to these uplifting premieres, UPtv is providing some fun for viewers courtesy of an on-screen Easter egg hunt in their telecasts of Gilmore Girls and Reba. "It's another way to have some fun with the shows that are very popular for us," Humbard explained. "During the week we're sprinkling little Easter eggs through those programs. So, weekdays from March 29 through April 2, fans can collect the eggs. Then one lucky viewer will have a chance to win a $1000 gift card by entering at UPtv.com/hunt."

Easter Sunday will also see the premiere of The 2nd Annual Stellar Music of Hope Easter Special, a musical offering of hopeful and soul healing classics. "This is something that goes back to our roots," Humbard said of the special. "UPtv began as the Gospel Music Channel, so during the Easter and Christmas seasons, we like to find a standout special that celebrates the music I call the most hopeful and promising on Earth. It's hosted by Jekalyn Carr and Tauren Wells and has a stellar lineup of the best of the best and all the big names in the gospel community. It's a great way for viewers to celebrate the season musically with us, and it's a fabulous piece to have on both UPtv and Aspire."