UP Entertainment Invites Fans to "Christmas Together" 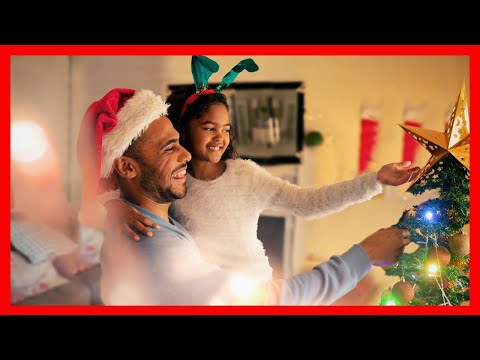 This Christmas, UP Entertainment wants to help its viewers find silver linings in this very unusual holiday season. To celebrate, the company created a special Christmas anthem video, titled Christmas Together, that illustrates this year's unusual and difficult holidays. The one-minute piece shows that, amid all that's happening, Americans can still reflect and rejoice in the true meaning of the season, even if they are physically separated from their friends and family.

"This holiday is actually bigger than being physically together. It's about a bigger purpose and bigger meaning," noted Charley Humbard, founder and CEO of UP Entertainment, which owns cable networks UPtv and Aspire, as well as the streaming service UP Faith & Family. "It is about helping others, sticking together, and having each other's backs. That's how we Christmas Together."

To communicate that message, UPtv partnered with creative agency Dixon & Co. and renowned spoken word artist IN-Q,who is also a slam poetry champion,to create the 60-second anthem. With IN-Q narrating, the video strikes a youthful and inspirational tone, and features images of diverse families in small gatherings and intimate exchanges. The style is different than UP's other brand promotions, something Humbard said was intentional.

`In fact, Humbard regards Christmas Together as a new verb that invites people to feel the peace and love of the season, this year more than ever before.

The new anthem is a cornerstone of UP's holiday strategy. The season is UPtv's Super Bowl, so between Thanksgiving and New Year's, it pulls out all the stops. UPtv will telecast more than 500 hours of Christmas-themed movies, including five world premieres. Also, over Thanksgiving week, UPtv aired its popular Gilmore Girls 24/7 binge-a-thon, and Humbard said this year's ratings were up 20 percent over last year.

To help viewers keep track of the merry offering, UPtv recently launched a new app, My UPtv Movies, where users can explore the network's extensive library of uplifting movies, watch previews, search channel listings, add airtimes to their calendars and sign up for alerts.

This season, UPtv is also airing two music specials, The 12th Annual Stellar Awards Tribute to the Holidays (will also air on AspireTV) and Christmas with the Chosen, featuring gospel and Christian artists. Since the network started as the Gospel Music Channel, Humbard said it is a natural fit to feature gospel and Christian musicians.

With its positive, optimistic and fun programming, UPtv is already riding a wave of recent successes. The last nine months have been so stressful that many consumers are seeking out comforting fare, Humbard said, and that's UPtv's specialty. According to Humbard, UPtv's overall ratings growth helped it move up 20 spots in the Nielsen cable rankers, and the Faith and Family OTT service (UP Faith & Family) has doubled its subscribers.

"Being uplifitng is in our DNA, our brands are the perfect antidote for tough times" he said.

Much like his networks' viewers, Humbard's own holiday plans will look different than Christmases past. As a child, Humbard spent many Christmases in Israel where his father Rex Humbard, the first televangelist, produced Christmas specials including the first ever worldwide live broadcast Christmas eve from Jerusalem and Bethlehem. Charley was part of the Humbard family singers who performed on the specials. This year, like so many Americans, Humbard is planning a quiet holiday with his wife and two sons.

"Just like Thanksgiving, it will be the four of us, hunkering down together," he said.

Even during the pandemic, UP Entertainment is finding some positive effects. Humbard said the company has enacted new corporate practices to promote self-care and personal development, such as a daily no-contact hour from 12 p.m. to 1 p.m., and weekly virtual meditation, yoga and wellness sessions.

"At our company, we're working on mental, spiritual and physical [well-being], and this year really helped us pull it forward," he said.

The company's ethos is displayed in the Christmas Together anthem. It is the first time all of UP's brands have united on a collaborative piece, which is running across their linear networks, online platforms and social media.

So far, the anthem has garnered tens of thousands of views, and Humbard is hoping viewers continue to engage with the video and its message. "As a brand, the best compliment that you can have is people sharing your piece," he said.