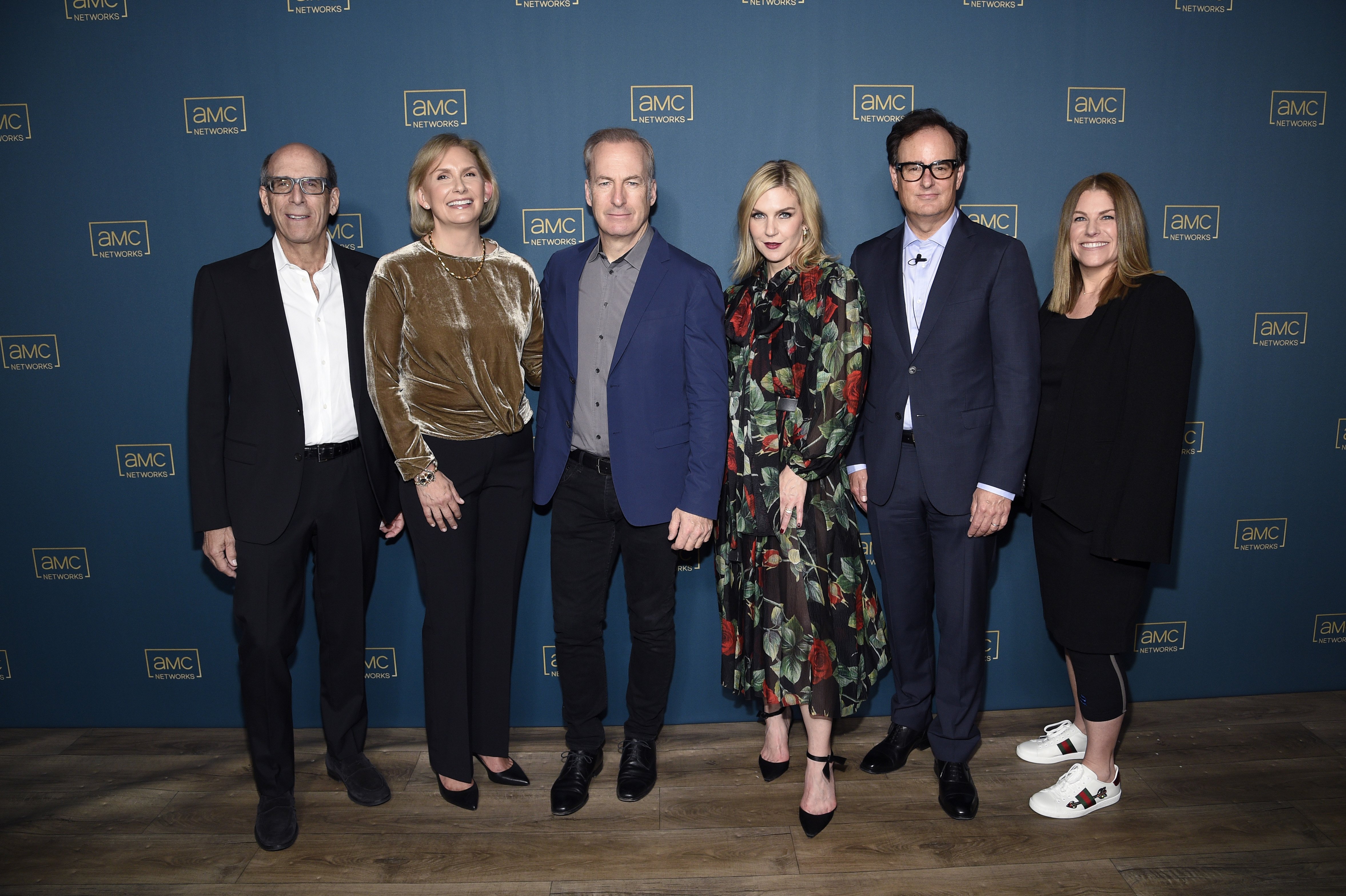 Every few years, AMC Networks stages an Upfront event somewhere in Manhattan that ends up being one of the most memorable that year. For example: The immersive spectacle several years ago of zombies from The Walking Dead roaming through the audience. The programmer's streak of memorable events continued Wednesday with an evening affair at The Peak, the rooftop restaurant of Hudson Yards' The Shops complex.

The Big Message:Mothership AMC is rolling out the next generation of groundbreaking scripted programs, starting with this weekend's debut of the gritty, contemporary Chicago-set drama 61st Street (starring Courtney B. Vance). Expect similar waves of new scripted and unscripted series across AMC's other linear channels, plus more originals playing on smart TV products or Web sites and a big move into the free advertiser-backed channel universe. "Our mission is to deliver premium marquee content for adults, proudly ad-supported," declared Dan McDermott, AMC Networks President of Entertainment and AMC Studios.

What Worked:Having the formal presentation sandwiched between extended networking time among attendees pre-dinner and dinner, and having celebrities on hand, including Better Call Saul star Bob Odenkirk and Partners In Rhyme star MC Lyte, engaging with guests around the dinner tables.

What Also Worked: Maxing maximum use of The Peak, from giving everyone a monitor to watch video segments on in the main room, no matter where they sat, to the elevator ride flashing "AMC Is Taking You to New Heights" on the walls going up, and "Thank You for Your Partnership" on the way down. For an unbilled -- and so thematic -- event finale, Grammy-winning performer Andra Day came on to sing her big hit "Rise Up."

What Didn’t Work:Offering few details on original content coming this fall and beyond to several networks, including IFC, Sundance TV and BBC America.

Data Points: WE tv is the top-rated network with African American women on Thursday nights; the ALLBLK subscription service (via smart TV products and multi-channel bundles) grew its sub base by triple digits over the last two years.

News: Odenkirk, whose current AMC series wraps later this year, will come back next year in Straight Man, playing an educator in mid-life crisis. Fans of the Emmy- and Peabody-winning series Orphan Black can look forward to a sequel titled Echoes in 2023, with Blackco-creator John Fawcett on board as executive producer and lead director. After years away, WE tv will re-enter the scripted universe later this year with Kold X Windy, a hip-hop family drama set in Chicago's South Side district and executive produced by Curtis "50 Cent" Jackson. The network's new unscripted roster includes Brat Loves Judy, documenting in Dismuke’s words "a reflection of black love and black success." One BBC America newbie series that was highlighted: musical dramedy Mood with Nicole Lecky playing a wannabee singer. Expect a number of franchise-extending digital series throughout the rest of 2022 and into 2023, among them terror drama The Night Island (based on elements of fiction by Interview with the Vampire author Anne Rice) and You Are Here, an unusual take on travel shows hosted by Fear the Walking Dead co-star Colman Domingo. Six new channels distributed through smart TV gadgets and bundles will take off in the months ahead, including two Spanish-language services (AMC en Espanol and Cortos/Shorts), anime showcase HIDIVE X ANIME and sports-oriented Overtime. In advertising developments, every hour on AMC and its sister linear channels will have at least one addressable commercial break for national sale, with Amazon the first client. Also, through a new venture known as TEAL (Technology Enabled, Audience Led), AMC will offer interactive overlay, shoppable and product integration options, and single-sponsor opportunities with episodes presented with limited commercial interruption.

"No masks and a lot of great faces. The coming year looks to be one of the most successful in AMC history." -- Matt Blank

"The slate promises to take you to mind-bending heights. We want to be the talk of the proverbial watercooler." -- Kim Kelleher

"WE tv and ALLBLK are both inclusive, diverse and incredibly brand-friendly." -- Brett Dismuke

"What makes a good AMC series? Three pillars: lightning-in-a-bottle characters, characters who usher the audience into a unique subculture, and we want to shine a light on humanity -- the good, the bad and the ugly." -- Dan McDermott

Photo at top by Evan Agostini/Invision for AMC Networks/AP Images.