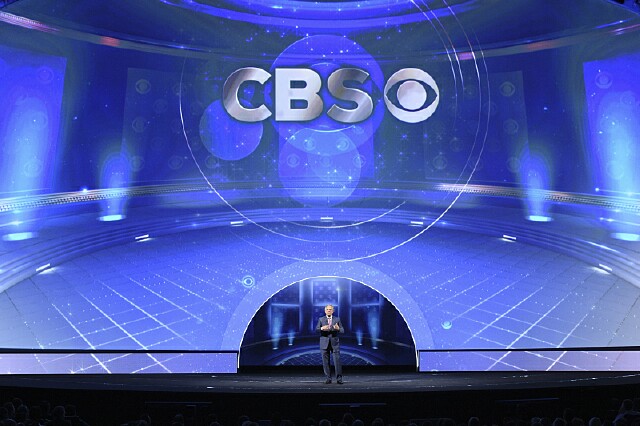 Upfront Week 2016 will be remembered for three things: “Hamilton”-inspired musical performances, the assured debuts of two new network presidents on various Upfront stages and lots of dumping on digital.

Nobody had anything good to say about the latter, but I think CBS Corporation President and CEO Leslie Moonves (pictured above) summed it up best. Talking with a group of press people at a breakfast several hours before his network's event at Carnegie Hall, Moonves said, "We see money coming back to network," adding that "some of the glow of digital" had dimmed during the last year. "The bloom is off the rose," he declared.

The week will also be remembered for its crazy kick-off – a dizzying presentation from NBCUniversal on behalf of its broadcast network, its many cable networks, its digital and streaming franchises and a celebration of the 2016 Summer Olympic Games. It didn’t quite work. Read on to find out why.

What follows are our annual MediaVillage.com Upfront presentation reviews and ratings. But first, here’s a reminder of how our Jacks rating system works.

Once again – or perhaps I should say, as always – CBS did everything right in its perennial Upfront home at Carnegie Hall, beginning with a “Hamilton”-inspired live production number (below) featuring “Late Late Show” host James Corden and lyrics customized to convey CBS’ primary messages about its business and clever jabs at its competitors. A grand assortment of stars from upcoming and returning series appeared on stage to promote their programs and thank the audience in advance for any support they might give them. I noticed more expressions of thanks and gratitude to the advertising community throughout CBS' presentation than any of the others, but I wasn’t keeping a formal count so that might not be the case. 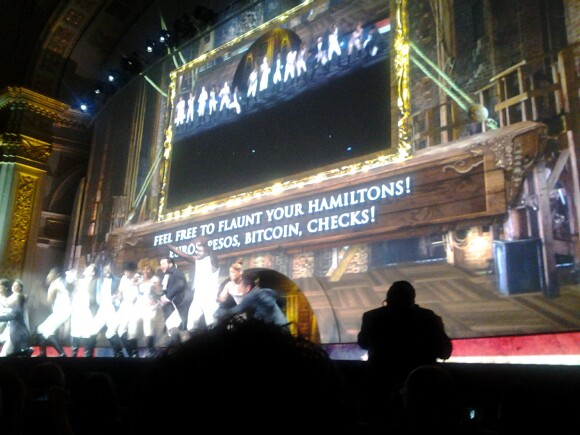 Further, new CBS Entertainment President Glenn Geller in his first time on the Carnegie Hall stage was strong and self-assured. It was as though he has been doing this for years.

This may not have been CBS’ very best Upfront presentation ever. (Who could tell given its masterful productions year after year?) But any such concerns were eradicated by the after-party, which occupied two floors of the Plaza Hotel including the cavernous, high-end subterranean food court many of us didn’t know existed.  There was ample time and plenty of room for networking among executives and fawning over stars. In other words, it was perfect. Why don’t NBC, ABC and The CW do this, too?

Fox’s annual presentation of the Beacon Theater and after-party at Wollman Rink in Central Park didn’t make quite the same impact as CBS’ Carnegie Hall/Plaza combo, but it was thisclose. The network proved once again that it knows how to warm up the crowd and get everyone in the mood even before the show begins, with a gang of “Prison Break” inmates (below) positioned on the sidewalk in front of the Beacon to steer guests toward the free pretzels and soft drinks. “There won’t be any food inside,” one warned, with a hint of menace. 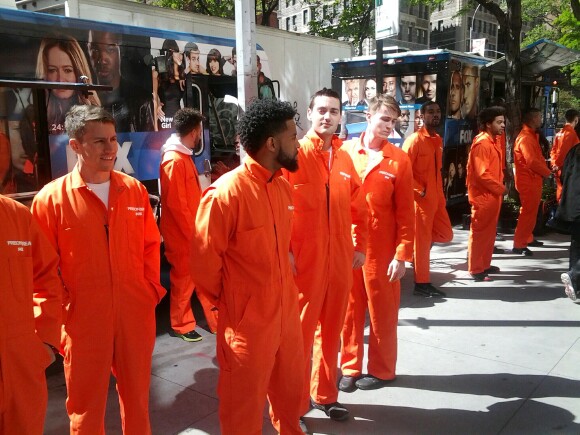 Opening remarks from Fox executives, which included references to the FX Networks and the National Geographic Channels, were brief and to the point. Clips from Fox’s new shows were for the most part very effective – the crowd laughed at all of the comedies – and did much to reinforce the “family feel” (or should I say “environment”?) that the elements of Fox’s schedule often collectively exude. That is broadcast branding at its best.

In a week filled with memorable musical performances Fox uniquely gave us two that entertained the audience while directly serving two series. The first was yet another sensational effort by “Empire” stars Jussie Smollet and Bryshere Y. Gray (below); the second was by the three stars of the upcoming “Empire” spin-off “Star.” 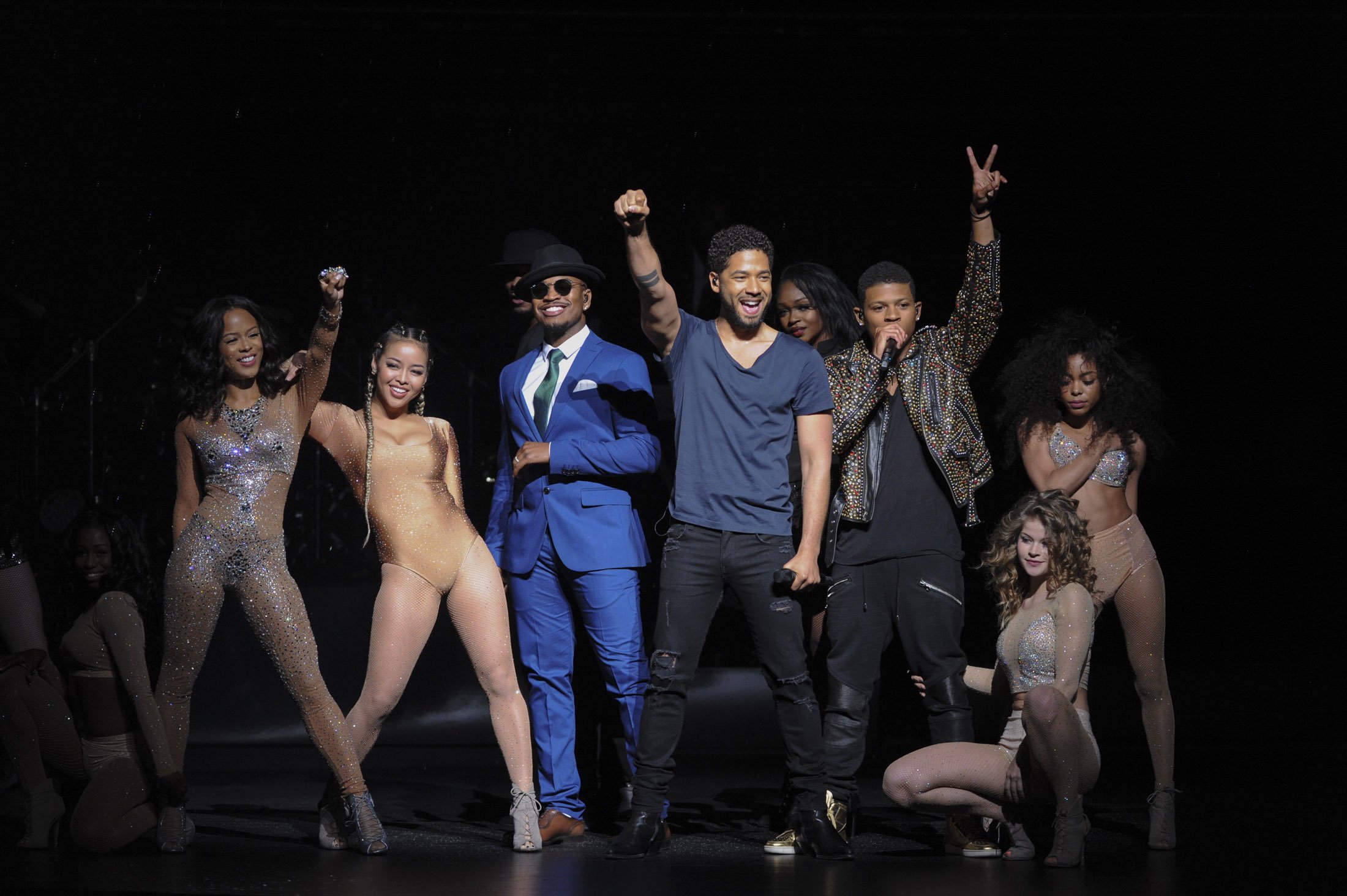 For the first time in four years I attended ABC’s presentation at Lincoln Center rather than stream it from the comfort of my home. I was glad I did, if only to fully enjoy the elaborate production number featuring Priyanka Chopra (below) of the network’s returning drama “Quantico.” While it seemed a little strange that ABC chose to make that show a primary element of its overall presentation (is it that popular a program?) the spectacle of it all was nevertheless, well, spectacular. And it set a very upbeat and receptive tone for the highly effective presentation that followed. 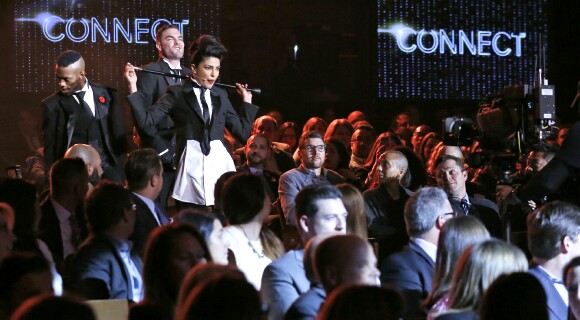 It was also nice actually being in the room for the preview of what is likely to be the most heavily buzzed about new network series during the months to come – the Kiefer Sutherland thriller “Designated Survivor.” Appearing on stage to thank advertisers in advance for any interest they may have in the show – which will likely be a lot – Sutherland was once again one of the class acts of Upfront Week, just as he was whenever he took to various Fox Upfront stages on behalf of “24.”

Like Glenn Geller the following day at CBS’ presentation, new ABC Entertainment President Channing Dungey seemed right at home on stage. But the afternoon belonged to ABC Sales and Marketing President Geri Wang. Now that CBS’ Nina Tassler has moved on to other pursuits, Wang is the most engaging executive on any Upfront stage.

I’m unclear as to whether or not ABC had a party of some kind after its presentation. If it did, the press was not included. Given the effectiveness of the post-presentation gatherings thrown by CBS and Fox, ABC’s continued refusal to do the same was regrettable … and it cost the network a significant half Jack.

In accordance with its relative lack of primetime real estate (a whopping ten hours in all) The CW once again kept its presentation short, sweet and on point, opening as always with a hot musical act of the moment with which not everyone in the house is necessarily familiar going in but will likely in some way purchase an album by shortly after going out. This time it was neo-soul artists Fitz and the Tantrums. 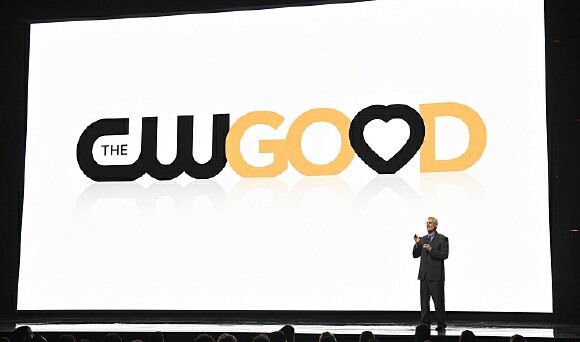 With the help of multiple stars from the network’s shows, The CW President Mark Pedowitz (above) outlined the company’s strategy for the season to come. He also announced a new digital initiative, CW Good, that will feature programming geared toward causes that the network’s stars and viewers care deeply about. The first CW Good project will be a continuation of “My Last Days,” the powerful online documentary series about people facing the end of their lives created by “Jane the Virgin” star Justin Baldoni. In August the premiere episode will run simultaneously on CW Good and The CW.

In a nice touch, as they left the New York City Center attendees were greeted on the street with small apple pies and french fries from Pop's Chock'lit Shoppe, a food truck created for the occasion and named after the hangout frequented by Archie and his pals throughout decades of Archie comic books and syndicated newspaper strips. “Riverdale,” a dark adaptation of that franchise filled with twisted new twists on its iconic characters, will debut on The CW at midseason. – with Simon Applebaum

This is a tough one. I suppose we have to give NBCUniversal credit for trying something new with its Radio City Music Hall extravaganza, which was designed to promote Comcast’s entire NBCU media hive, including the broadcast mother-ship, at least ten of its cable networks and multiple digital platforms. And it was obvious that an enormous amount of work went into this epic effort – including Jimmy Fallon’s opening performance (below), the first of multiple “Hamilton”-inspired references throughout the week. Hence, a score here of 3 Jacks, rather than a lower number. But gosh, what a hodgepodge of a presentation. It was clear what the company was up to, but it just didn’t work. For the first time in the 25 years that I have been attending broadcast Upfronts I left without a clear idea of what a network’s fall schedule would look like and how its freshman series will fit into it all. 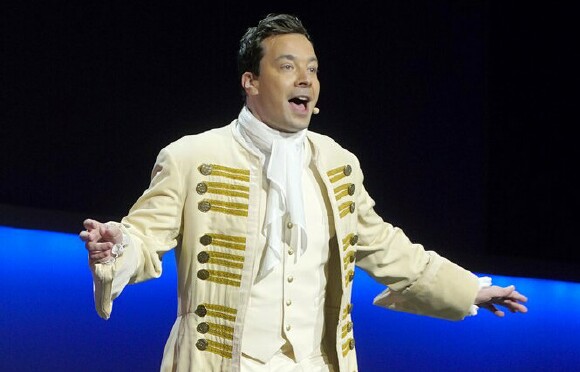 The only time it really tied together was during a strong mid-show production number on the stage and in the aisles celebrating the live programming that will truly have all of NBCU’s media assets functioning as one: Coverage of the 2016 Summer Olympic Games in Rio.

The mighty NBC broadcast network was at times all but lost in the controlled madness of it all. Even with help from incoming “Voice” judges Miley Cyrus and Alicia Keys, “Shades of Blue” star Jennifer Lopez and new “Celebrity Apprentice” boss Arnold Schwarzenegger the network never quite dominated the proceedings. Blink and you missed NBC Entertainment Chairman Robert Greenblatt, not seen until the presentation’s mid-point in what had to be the briefest appearance by the top programming executive at any broadcast network Upfront in forever. Also lost in the jolly jumble: A clear explanation of exactly how the full NBCU hive would benefit buyers and how it would fit in with their larger plans.