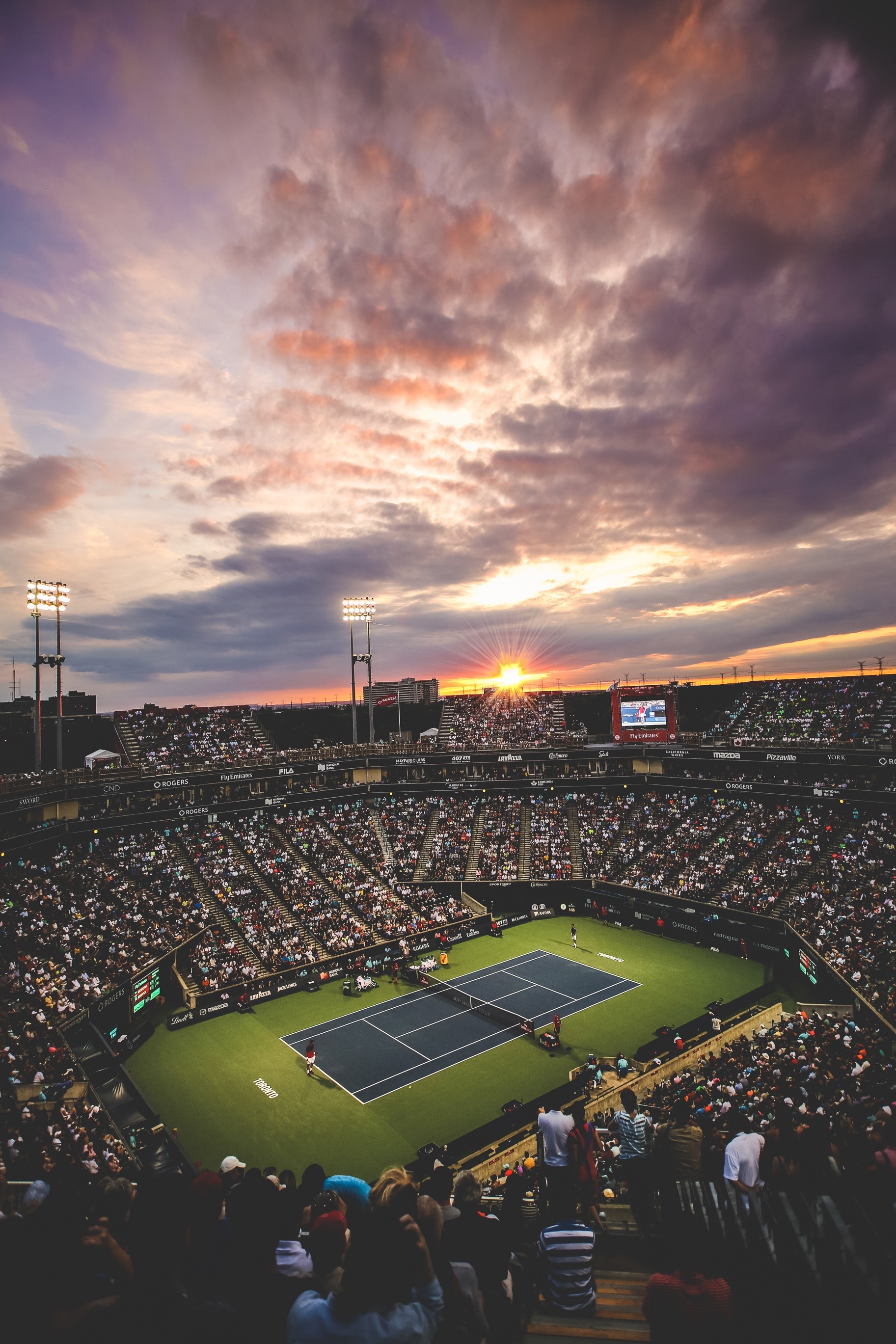 One of the summer's finest annual traditions, the U.S. Open tennis tournament, is as hot for brands as the August heat is for the players and fans.. The tournament is basically a two-week festival for the sport and for New York City. .I've had the pleasure of spending many hours in the hallowed ground of Arthur Ashe Stadium, located in the Billie Jean King Tennis Center (BJK) in Queens, N.Y. .Having had the privilege of working at Tennis Channel and being credentialed for three of these 16-day events, I know how grueling the U.S. Open is.

It starts out innocently enough with Arthur Ashe Kids Day the Saturday before the tournament begins. .Novak Djokovic and other tennis royalty give their time to the young fans with special exhibitions. .Come Monday, though, fans need to be prepared for two sessions a day for most of the tournament.. These sessions are scheduled for six hours each, but the matches have no clocks and the U.S. Open is one of four Grand Slam events, which means men's matches are best-of-five sets.  For both the women's and men's field, the heat of the U.S. Open is relentless, despite new roofs on two stadiums, courtesy of ESPN in 2013.

While the tennis is tough, the fans are tougher — it's a real New York City crowd at the BJK Tennis Center.. This is where Andre Agassi, Arthur Ashe, Jimmy Connors, Ivan Lendl, John McEnroe, Ilie Năstase and Pete Sampras roamed the courts (although some of this roaming was at the old venue down the street in Flushing Meadows Park).  The current generation of players judges themselves on Grand Slam victories more so than ever.  So, tennis stars, including Serena Williams, Rafa Nadal, Roger Federer and Novak Djokovic will be there despite the heat to outplay their top competitors.

From an advertising point of view, live sports continue to perform well, and tennis is no exception — despite being a sport that has to limit its commercial breaks due to its rule of play.  After every second game, players are afforded a 60-second break, which ESPN or Tennis Channel can use for its advertisers.  That's it!  The good news for marketers is these ads are generally watched by consumers glued to their screens waiting for play to resume.

Then there's the issue of the length of matches.  A typical three-set match may be completed in an hour, but, as we saw during this year's Wimbledon final, it might last as long as five hours.  This can be a challenge to program but presents an opportunity for advertisers looking to get in front of fans as the anticipation of a match builds.

ESPN saw a window of opportunity in 2013 to showcase 100 percent of the linear event.  "We cover the U.S. Open from first to last ball and everything in between," John Papa, ESPN's vice president programming and acquisitions, said ahead of the tournament.  "It's a tentpole event for ESPN and, coming off the heels of a fabulous Wimbledon Championship with so many storylines, we're anticipating quite a two-week stretch in Queens.  There is always a different type of energy at the U.S. Open, which is reflected by the players and the fans and captured in our coverage."

ESPN has seen double-digit ratings growth and last year's U.S. Open coverage across ESPN networks was the most viewed since 2015.

"All of us at Tennis Channel love the U.S. Open, and we are very proud partners with the USTA in New York and across the country throughout the year," said Doug Martz, senior vice president, integrated partnerships.  "During the U.S. Open, we produce great content and leverage its unique hospitality opportunity to share this sport with our media and distribution partners. .They feel the powerful connection tennis enjoys with its affluent and passionate fans — men and women equal in every way, on the courts and in the stands."

In fact, tennis was the first sport to institute gender equity for prize money. .The U.S. Open lead the way and was the first Grand Slam event to do this.  In 1973, both Margaret Court and John Newcombe, the winners that year, walked away with $25,000 each in prize money.  In 2018, champions Novak Djokovic and Naomi Osaka had a slightly better payday, taking home $3,800,000 each.

"While the two weeks of the U.S. Open are an absolute highlight," Martz added, "for us, it's a part of our year-long work to connect our media and distribution partners with some of the best sports fans on the planet, anytime, anywhere, on any screen."

Many fans see the U.S. Open as the end of the tennis season; there's a big gap from mid-September until the Australian Open in mid-January.  Truth is, there's great tennis after this iconic event.  The Pacific Rim tournaments and the two Masters events in Paris and London keep the momentum going for the players and fans for most of the year.

With qualifying matches already in play, excitement is building for the tournament.  On August 26, 2019, the 139th U.S. Open begins; it's the 51st tournament in the Open era, launched in 1968 when major tournaments agreed to allow professional players to compete with amateurs — allowing all players the opportunity to make a living by playing tennis.

Brands have a similarly lucrative opportunity in advertising to tennis fans. .For brands that connect with tennis fans during the U.S. Open, it won't just be hot on the court.

Larry Novenstern is a media expert with a sports marketing background. As a strategic thinker and problem solver, he has created ground breaking positions for such Fortune 500 brands as Visa, Pepsi, Pizza Hut, Revlon, T-Mobile, and memorable events like the …