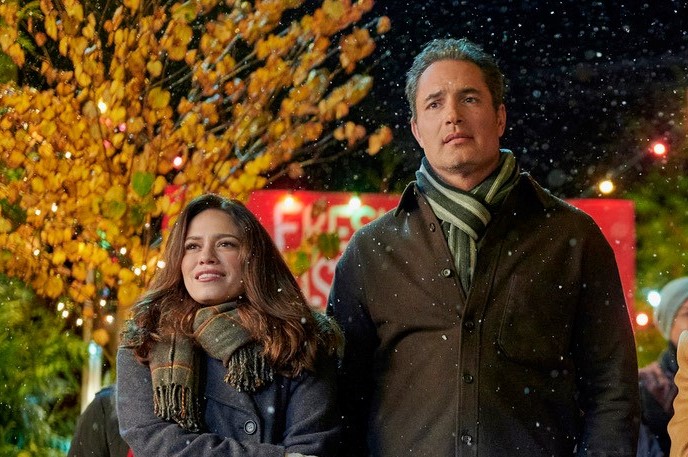 For several years I have equated Hallmark Channel and Hallmark Movies & Mysteries to the Hollywood system of yore, pairing its vast array of talent in a variety of projects. This Thanksgiving weekend, with the premiere of Five Star Christmas, Hallmark Channel delves into the farcical comedy genre popular in the 1930s and '40s with an ensemble cast led by Victor Webster and Bethany Joy Lenz (pictured at top and below). The throwback to the formative days of Hollywood filmmaking was not lost on either of its leads. "It felt like a throwback to comedies of a different era for sure," Webster said in an exclusive MediaVillage interview. "I think that's one of the things they achieved so well in the film, the actors cast really brought something special. They were all so very unique.

"I really liked the fact that it was a comedy with an ensemble cast," he continued. "We actually tried to make it funny and didn't water it down at all. We went for it."

"I actually was thinking more like a '90s family rom-com," Lenz said in a separate interview. "That's what I had in mind when we went into it. But while filming, it definitely felt like we were trying to keep it zany, but also grounded so it didn't cross over to non-believable land. I do love movies like His Girl Friday and even Noises Off, another of those zany comedies where everybody is chasing everyone around with hidden identities. In the tone meetings we had with Hallmark, they wanted to do broader comedies and rom-coms. I think [new Crown Media Family Networks president and CEO] Wonya (Lucas) has some ideas of her own. [Now] everybody's trying something [new], which is fun." 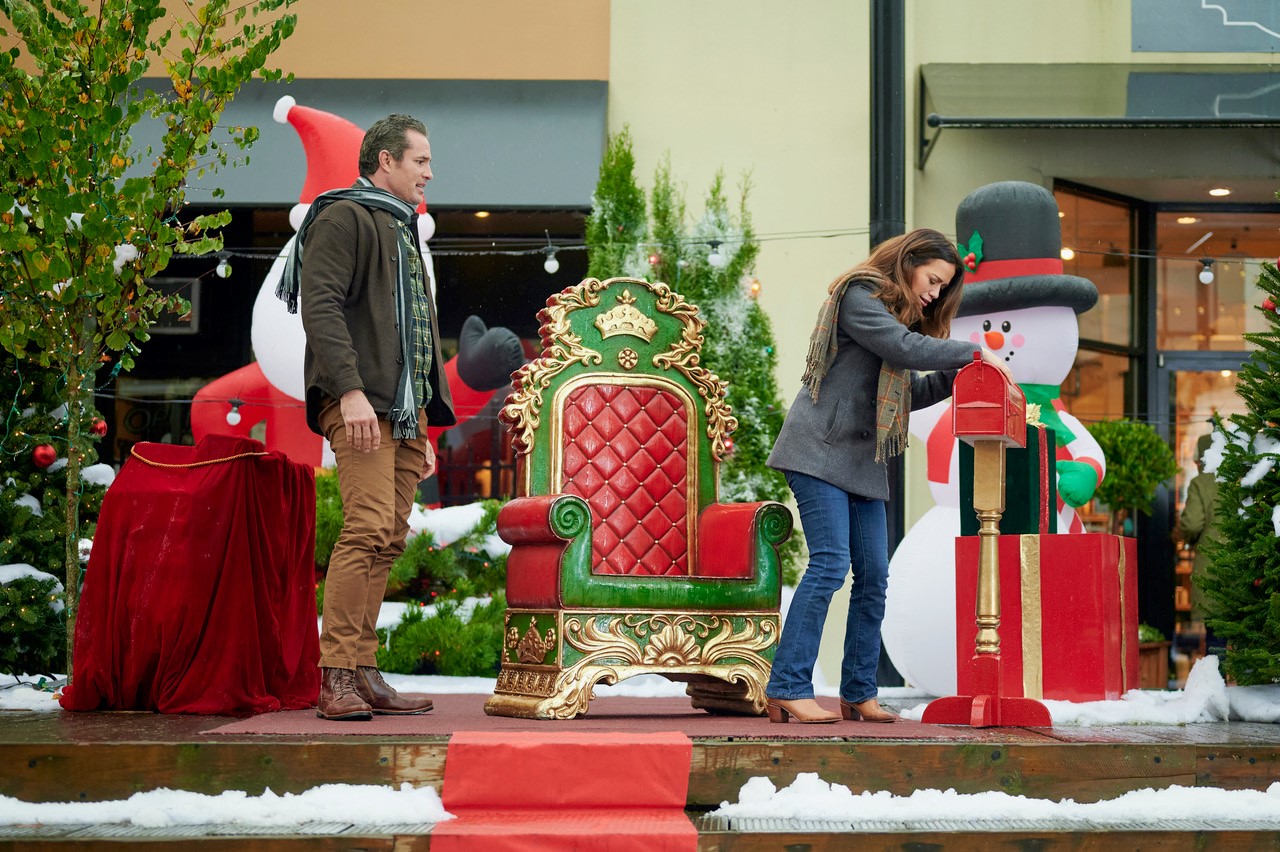 In the film, Lenz stars as Lucy, who while home for the holidays plots (with the aid of her siblings and grandparents) the ultimate subterfuge to garner her father's new bed and breakfast a five-star review from an incognito travel critic. Unsure of the true identity of the critic, the family dons a myriad of alternate personas, to give the appearance that the B&B is filled. But when an unexpected and mysterious guest shows up in the form of Jake (Webster), she ends up falling for him, and revealing the truth could do more damage than good.

Five Star Christmas is not the first Christmas movie for either star. Webster now has five to his credit; four for Hallmark and Christmas Icetastrophe for Syfy. ("You'll like it if the end of the world at Christmas and an asteroid mixed together is your thing,") he laughed. "Christmas is such a happy time," he said of the draw to Christmas movies. "People are together and able to sit down and watch things. [They] bring joy, so I love being a part of that experience. I know so many people who love Hallmark movies during Christmastime. It's amazing how many people respond to these movies. To be able to laugh through a film like this and leave with a sense of happiness in the times we're in now is such a great feeling. I love being a part of that."

While Five Star Christmas marks Lenz's second Hallmark Christmas project, she knows what Webster means. "Who doesn't like experiencing Christmas anytime you can?" she asked. "I love going somewhere in August and getting a little preview of Christmastime. It's the time of year when everybody is home spending time with their families, and they get to curl up and watch movies. I'm glad I get to be a part of making people laugh, feel good and just enjoy their holiday after a year of hard work. We all need a little Christmas this year!"

One of the movie's other major draws is the pairing of Webster and Lenz, who despite their height disparity are a joy together. "One of the things that I liked about it is we just played that I'm tall and she's not as tall," laughed Webster, who towers over Lenz. "We didn't put her on any apple boxes ever, I don't think. She was in tall shoes, but we just played the differences. There are a couple scenes that you can see that I'm like two heads taller than her, and you know that happens in life sometimes. They didn't shy away from it and we just played it."

"I think that was kind of the charm of it," Lenz mused. "Again, back to that '40s thing, and sort of that traditional 'the tiny girl, and the tall man.' I think the physicality of our differences did lend itself to the comedy, so we just played into it instead of trying to ignore it. Like, everything has to play in a wide shot because all the close-ups are probably like the top of my head and his chin."

One other highlight of the film is Webster getting to display his vocal skills, even if they pale in comparison to Lenz, who is a talented pro. "I've never sung in front of anybody, and when I do it's usually very badly," Webster laughed. "Like cover your ears type of singing. So, to step up to the plate and sing in front of the crew, and probably extras, and Joy who is a professional singer … I had to just say, 'Forget about all this, go for it 100% and just have fun.' At the end of the day that's what happened."

Five Star Christmas will be telecast Friday, November 27 at 8 p.m. on Hallmark Channel as part of its Countdown to Christmas programming event.