Voices at Viacom: "Everybody That Works at VidCon Is a Creator and Passionate" 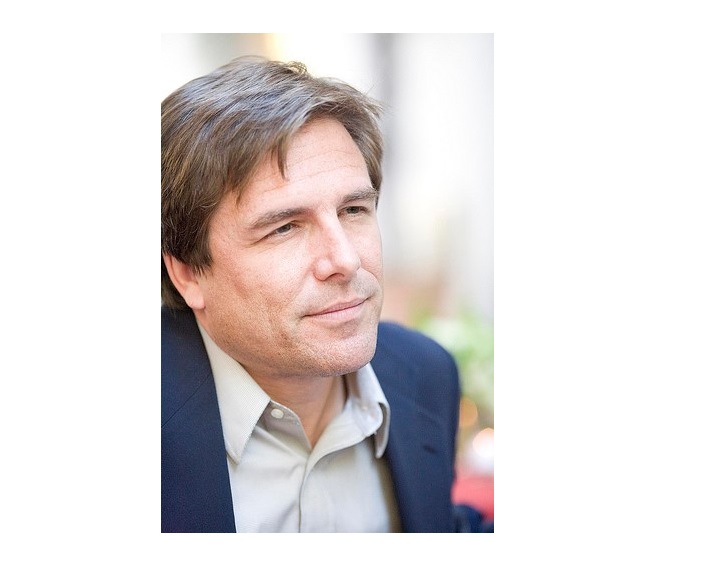 As VidCon marks its 10th anniversary this week in Anaheim, General Manager and Senior Vice President Jim Louderback recalls one of the event's first years, when he convinced organizers to set up a 60-foot mechanical shark on the convention center floor -- complete with a fully functioning jaw that chewed up a popular YouTube blogger's famous iPhone.  "It's just so funny to think of all the weird stuff that's shown up at VidCon," he says.

Louderback (pictured at top), who replaced Co-Founder Hank Green as Chief Executive Officer in 2017, started his career as a writer for PC Week before working at media company Ziff Davis for several years.  One day, he got a call to be CEO of the tech startup Revision3, an early YouTube network, and thought, "that sounds fun."  After a stint at Discovery, he ended up running the industry track at VidCon.

Since Viacom acquired the organization in 2018 as part of its larger strategy to grow its live events business, Louderback has already driven significant growth and change.  Just a few weeks before VidCon Anaheim he traveled from Australia to Mexico, planning the next VidCon in the former (the third in that country) and the launch of a new VidCon in the latter.  "VidCon is a brand that definitely resonates around the world," he says.

"It's been great to watch Viacom develop its event strategy," he adds.  "Building [Comedy Central's] Clusterfest, bringing in SnowGlobe [under MTV].  We couldn't be happier to be a part of that.  We can't wait to see what's next."

This week, thousands of young fans will swarm VidCon hoping to get a selfie with their favorite online creator, while industry professionals try to better grasp the trends and personalities driving online video.  I recently spoke with Louderback about how VidCon has evolved since day one.

Nicole Bitette:  Describe VidCon in your own words.

Jim Louderback:  VidCon is really three events in one: It's a festival, a summit and a conference.  On the festival side, some people think of it like ComicCon for online video fans.  It really is just this incredible gathering of these amazingly talented online video creators that have built their audiences and communities by talking to, and appealing directly to, these passionate fans through online video channels like YouTube, Snapchat, Facebook, Instagram, Twitch, Twitter, LinkedIn, Pinterest and on and on.  So, what we do on the festival side is we celebrate this great online video thing that we're all building with meet-and-greets, panels, performances, get-togethers and dances.

Bitette:  Why is VidCon so successful?

Louderback: First, it's the only media conference you can go to and explore the weighty issues of how we move this media world forward -- and then look around the corner and see a whole bunch of fans running after some star that you've never even heard of.  The passion that the audience has for these creators, which is so palpable ... you just can't get that anywhere else.  There is no other media conference in the world that has all the fans there and their extreme excitement is on display.

The second thing is because it really is created by creators.  It wasn't a business out there saying, "Hey, we see this trend happening.  Online video is getting big.  Let's start a conference."  You have an event that was started by two of the top creators in the space back in 2010 [Hank and John Green], and that has continued to be creator-first.  Even bringing me in -- I was a creator, I was a writer, but I ran online video companies and I knew that world.  Everybody that works at VidCon is a creator and is passionate about the concept, too.

Bitette:  What makes live events so popular with young audiences?

Louderback:  I think live events are attractive to everybody.  There is definitely a need for us all to gather around the virtual campfire or connect together, tell stories, share stories, connect with other people.  Think about Gen Z, folks who've grown up with a phone in their hand, with a tablet in their face, connected via their computers online, living that whole life online.  The ability to come together in real time and share that love of the creators and the content and to feel part of a community and connected to something that is both physical and virtual is so important, because that just hasn't happened as much to a lot of folks in this generation.

Bitette:  What has changed since Viacom acquired VidCon?

Louderback:  When we were starting to shop, we talked to a bunch of different companies and we thought that it would be one of the classic events companies that would end up purchasing us.  In fact, there were things on the table.  But when we sat down with Viacom, we were really excited about their vision.  It's not just about, "We're going to make television shows and reach an audience."  It's like, "We are passionate about youth culture and we want to reach these audiences wherever they are."  Events are super important because they give you such an in-depth way to connect with an audience you cannot do through other media.  Viacom wanted to have a broad event strategy and bring events to all of [its] brands.  When we heard that, we realized, "Here's a kindred spirit that was really focused on content and creativity and youth culture and had been doing it for a long time.  It made perfect sense."

How has it made us better?  Well, it's certainly allowed us to do more.  It's pushed us to try new things and it's brought new sponsorships and new creators to the table.  It's funny, every now and then I wander around and I meet somebody who works with Viacom and we start talking and figuring out how to work together.  And then I'm like, "How come I didn't meet you 20 years ago or ten years ago?  I wish we'd been working together for that long."

Nicole Bitette is a writer for ViacomCBS.com, covering the company’s brands and the future of television. She was previously an entertainment reporter for the New York Daily News and has written for a number of local publications throughout New Je…