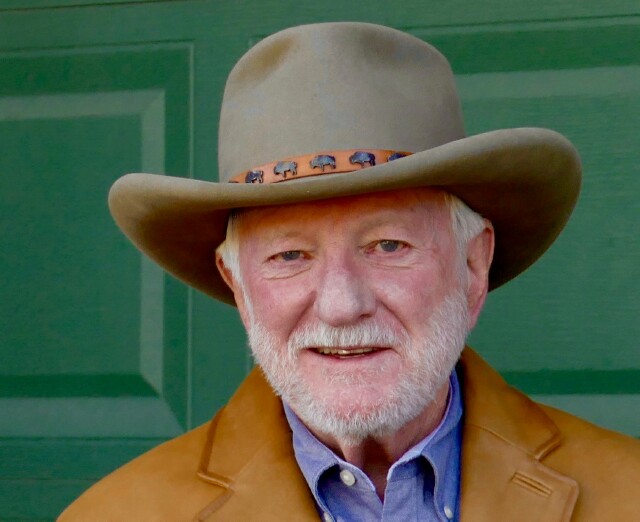 What will it take to successfully shake off 2020? A lot! 2020 was absolutely the Annus Horribilis of the modern era (0.1 stars out of 5 on Amazon, no kidding) and here we are in 2021, which is starting off with frightening surges in COVID-19 while vaccinations begin leading the long slog out of the shadow of too many deaths.

We can all use some relief from the horrors of the pan-damn-demic. As the promise of spring beckons, here’s an only somewhat tongue-in-cheek prognostication for what lies ahead in 2021 as we battle toward some much needed sanity and strive to make it to 2022.

Tomorrow (January 5), at 3:06 a.m., President Trump will tweet that Perdue and Loeffler has (that’s singular on purpose, as they have run as a "team") already resoundingly won … and any mail-in ballots should just be burned to make sure.

That, of course, hasn’t happened ... yet. Gird yourselves for a long battle, folks: One major source in Congress has warned me not to expect a resolution to that dual election until, maybe, July 4, 2021! In the meantime, Georgia won’t have had any sitting Senators and the 98 seated Senators still won’t get much done.

As we all know, 2020 ended with pardons flowing like sewage from the White House ... the last ones, I expect, will be issued at 11:58 PM ET on January 19, 2021 to, of course, Donald J. Trump (in perpetuity); Donald J. Trump, Jr. (ditto); Eric Trump; Tiffany Trump; Melania Trump; Ivana Marie "Ivanka" Trump, and Jared Kushner (a father-son thing).

Of course, the outgoing President’s new outgoing Attorney General will have signed off on it all … with a few Monopoly set "Get Out of Jail Free" cards tossed in.

On Wednesday, January 20, the President-Elect will show up on the not-very-crowded Inaugural stage to be sworn in by Supreme Court Justice John Roberts. A very thin, socially distanced "crowd" will loudly cheer … many carrying newly amplified Apple 12 PRO phones.

At the same time, the former President, No. 45 forever, is likely to eschew the transfer of power, instead choosing to show up in Las Vegas as a generously compensated pitchman at the "virtual" Consumer Electronics Show.

In my vision, other major CES breakthroughs will include simulated traffic jams, long simulated lines of taxis, over-booked hotels and other nostalgic incidences, as Las Vegas will want everyone to feel virtually included as the new 224" TVs are debuted. But the aisles will be empty. The best new TV will double as a full man-cave TV wall both inside and outside the demo house … both streaming all the time.

From Las Vegas, No. 45 will also make Zoom-enabled guest appearances on OAN and Newsmax insisting he is still president. And the National Association of Music Merchants will virtually stream from January 21-24.

After a quiet February interlude, the Ides of March will bring more vaccinations and more sunshine, and that will mean back to real work for media with two major shows with real people (fingers crossed). The Indian National Gaming Show will deal blackjack and throw dice in San Diego beginning April 12 while MIP-TV will convene in warm, sunny Cannes as international travel begins to seriously loosen.

April showers will wash away the pan-damn-demic with a reopened New York City. More air travel will bring record in-person attendance to the Cable Hall of Fame on April 29 at the Zeigfeld Theater honoring Bridget Baker, Jim Buckley, Cathy Hughes, Alfred Liggins III, Jeff Marcus, David Watson and Jeff Zucker. It sure will be nice to walk the crowded sidewalks again and see so many cable cohorts in one safe place at one safe time!

June 14-16 will bring even more air traffic and the Stream TV show to suburban Denver. I'll make it back to Colorado for the first time in almost two years to a busy Old Cable TV-Timers party dinner at the Cable Center. There will be a lot of catching up to do as the last vestiges of the pandemic recede.

At the same time, Los Angeles will bustle with the E3 show as record crowds convene to try the latest games … and, as per usual, the internet infrastructure discussions will dominate.

San Diego in July 22-25 will make for a nice change of pace in a favorite Southern California venue with Comic-Con serving as an excuse to see some old friends and visit cable folks in La La Land, too.

October will bring a remarkably busy National Association of Broadcasters show back to Las Vegas along with real crowds, real taxi jams and the sense that broadcasting, that once-free-over-the-air video distributor, has channeled the 5G so-called Next-Gen signals into a repurposed streaming world.

Meanwhile, dozens of once-linear cable channels will have shuttered their linear networks in favor of themed content on their once-kin streaming services. (FYI: It wasn't just consolidation that finished re-shaping the business of getting video signals into household TVs. Instead, it was the complete shift to anytime availability for anything but live feeds.) The shift from linear delivery of anything-but-live content will be completed as the Cable Tec-Expo convenes in Atlanta on October 11. It will wrap-up as a coda on the 14th. Sports, politics and the rare, live game shows will have taken over the linear worlds … not necessarily on a 24/7 basis anymore, either. Just imagine those sign-off logos from the '50s running whenever only streaming is available.

Four mostly live feeds (ABC, CBS, NBC and PBS) coupled with one sometimes-live feed (C-SPAN) and accompanied by streaming behemoths (Disney+, Paramount+, Peacock+, discovery+ and ???) will rule not only the airwaves, but over wires, cables and fiber.

2020 changed everything. And 2021 will usher it all into the history books.

Good riddance to 2020! Until the vaccinations saturate, please stay safe … and look forward to a broader media resurgence! While I won’t be returning to an office in some downtown location, I do intend to get out more. 2020 has proven the office doesn’t need to be a prison; nor does a home. A lot of what we’ve been through in 2020 will continue into 2021 … so stay safe and stay as amazingly productive as the changing media eco-system thrives in the face of ever-changing (and accelerating) obstacles.

As the Federal Government prepares to challenge FAANG+, the underlying infrastructure will emerge even more important and critical to all forms of media.