What's It Got to Do With Us? 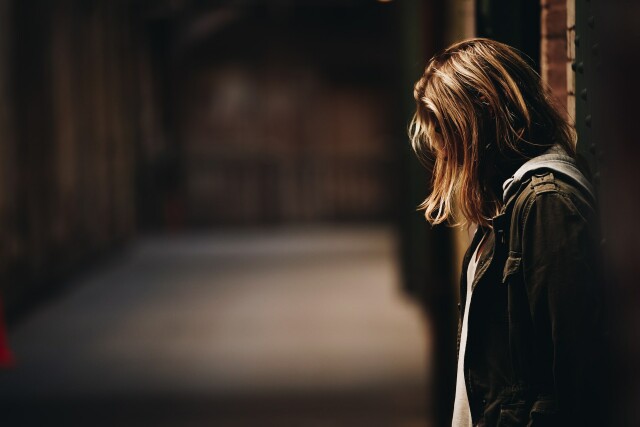 When I was at college, I remember being told by our advertising lecturer that we should not take responsibility for society's ills. We were there to help our clients sell stuff; if the people buying our stuff were evil, well, that is the way of the world. In the overall scheme of things what we do in creating and placing ad campaigns hardly registers. It is not particularly important. No one dies. Except in 2017 someone did.

Molly Russell was 14 when she took her own life. Last month an inquest found that Molly "died from an act of self-harm while suffering from depression and the negative effects of online content."

It seems trite, inappropriate for an advertising commentator to write about such a horrendous episode. But our world does intersect with reality. That is true even with something as terrible as this.

The coroner said Molly's death was in part at least down to "the negative effects of online content."

Molly's father, Ian Russell, accused Meta (Instagram was where the online content in question appeared) of guiding his daughter on a "demented trail of life sucking content." By that he meant content related to suicide, depression, self-harm and anxiety.

Meta's head of health and well-being policy, Elizabeth Lagone, described the content seen by Molly as "safe" because it adhered to content guidelines in place at the time. She later rowed back on this and apologized.

Many advertisers go to great lengths to do and to be seen to do "the right thing." They invest in greener packaging, they support recycling programs, they change their ingredients to remove harmful elements, they reduce salt and sugar content, they fund grassroots fitness initiatives, and so on.

I have written here several times about the need to consider context as well as cost-per-thousand. I have argued that editorial freedom is important and pulling ads because you do not happen to agree with a political point-of-view is dangerous.

But the lines are blurring, and no more so than in social media.

Social media consists of platforms. The word is important -- the likes of Facebook do not accept any but the smallest responsibility for the content that appears.

They are not, in their view, publishers. They do not edit. They grudgingly produce "guidelines" designed to weed out the worst, illegal excesses. Some would rather not even go that far.

Freedom of speech does not, as the cliché has it, permit you to run into a crowded theater and yell "fire." There must be some responsibility, and where a line is crossed (as happened here in newspapers with phone hacking) there must be consequences.

My friends at MediaVillage in the U.S. tell me that these days at the large majority of the top 200 advertisers in the USA, media investments report into procurement, and on to the CFO, or direct to the CEO.

So, if your brand could advertise cheaply on a channel promoting insurrection or violence, is that okay? If it's cheap and there's an audience, it seems so.

The best procurement people don't think like this, understanding that not paying attention to media placements can damage a brand's reputation at a cost far beyond any cheap cpm savings -- but the best are rare.

What is so weird is that this obsession with cost-per-thousand is based upon dubious, unverified audience numbers provided by those doing the selling. So, the cpm is not even accurate.

Would a CFO or procurement chief sanction an investment in a new plant without a thorough understanding that the data on which his or her decision is based is robust? Or without checks that the machinery being installed was safe?

This caution -- this best practice -- does not apparently come into play when it comes to any assessment of online advertising.

There is no clearer case that in this digital age, and despite access to data and cases proving the exact opposite, advertising is seen more as a cost than an investment.

Reformulating products, investing in recyclable packaging are not cheap things to do. Yet they are undertaken as an investment because consumers will punish those who choose cheapness over (say) sustainability.

It is about time the same principles of safety and responsibility were applied to media choices.

Advertisers wield huge power over the likes of Facebook – a lot more than they do over newspapers. A 14-year-old girl died at the very least in part because of images she saw on social media. No doubt others have been affected, have died, or will die.

It is not good enough for advertisers to plead that this has nothing to do with them. They should make it clear that they will not support any channel, any platform without being assured that the necessary steps are in place to protect the audience. And as a minor add-on, to measure its size -- unequivocally and accurately.

This blog is I know read by many advertisers and their professional advisors in media agencies. I hope they will reflect on what happened to Molly Russell, and to the many other Molly Russells around the world.

We may not be responsible for society's evils, but all of us surely should do what we can to address them.