When Lies Become Just Another Part of the News 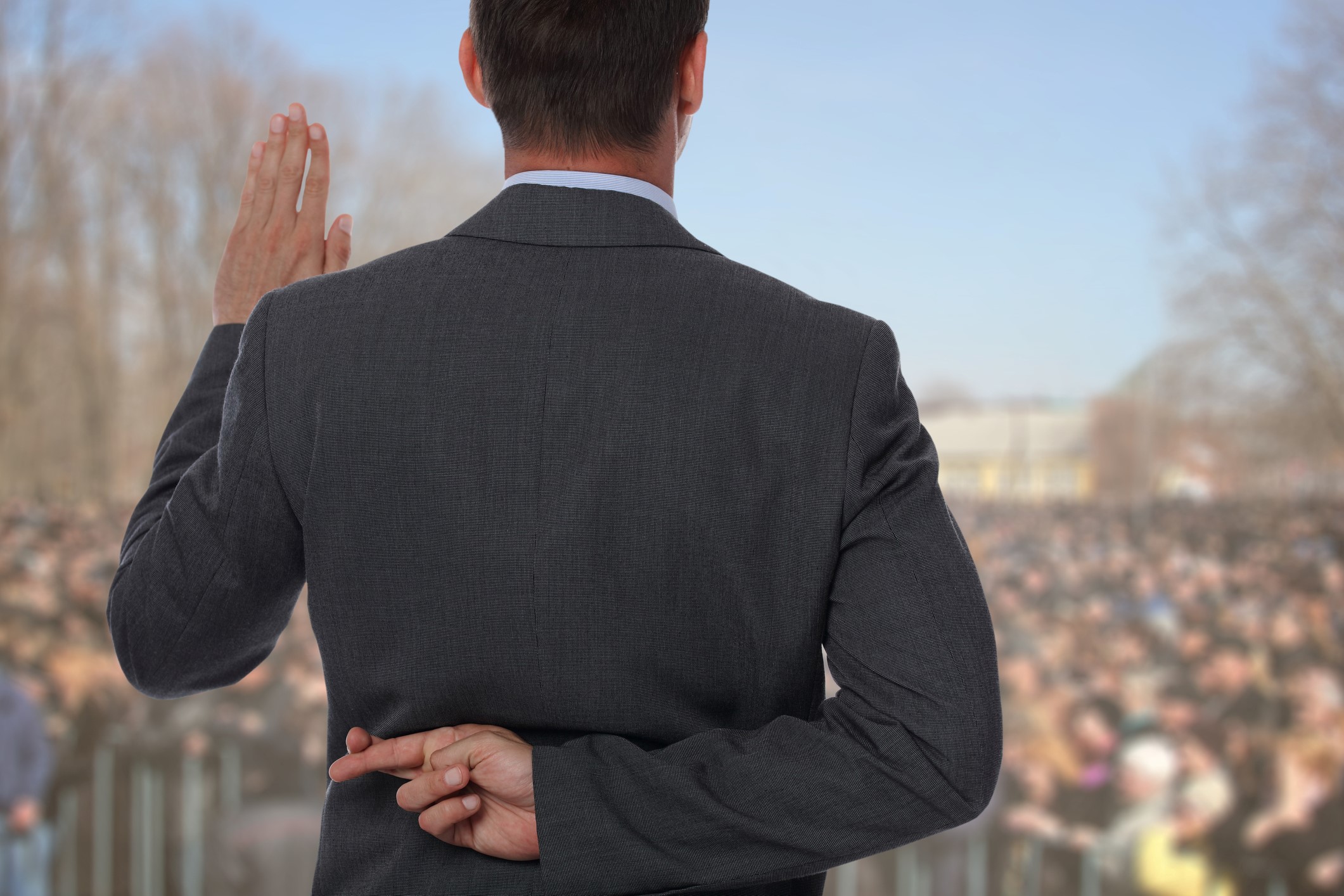 Lying, the telling of beautiful untrue things, is the proper aim of art, Oscar Wilde wrote in his 1891 essay on the subject. The reason: According to the Irish poet and playwright, life imitates art, making it important to elevate lofty ideas, even if untrue, rather than dwelling on mundane facts that only get in the way. Wilde wasn't writing about journalism or politics. He was kvetching about the declining quality of literature. But he might be surprised how widely his observations about lies and life 130 years ago apply today.

Take the daily news. Whether it's politics, Wall Street hustlers, or the tech world's scandals, untruths and their tellers dominate the headlines. The former President lies about his defeat, sics a mob on the Capitol to overturn the election and plans to run on the falsehood again. A party-time surfer-turned-CEO touts a new real estate play after the office rental business he dressed up in high tech drag is defrocked, losing billions along the way. A college dropout who became a media darling is convicted in federal court of flimflamming Silicon Valley sharks, big time money managers and the political elite into backing a blood testing fraud.

Liars and their work products, of course, are generating more than lead stories. Congressional as well as federal, state and local investigations into Trump's actions are underway in New York, Georgia and the District of Columbia. The Securities and Exchange Commission wants to make public more information from large private companies, including billion dollar "unicorns," now dodging the kind of disclosures that protect investors in public markets. And recent revelations about social media -- for example, Pro Publica's superb report on how Facebook helped Trump-inspired crazies link up prior to January 6--are amplifying calls to rein in their damaging role.

Whatever the results of investigations and exposés, the "untrue things" surrounding Donald Trump, Adam Neumann, Elisabeth Holmes and Facebook aren’t going to disappear from the front page anytime soon. There's also more at stake in uncovering their mendacities than a scoop or the premiere of a docudrama that boosts streaming subscriptions sold. With popular distrust in American institutions at all-time highs, how the news media pursue lies matters, not only in informing Americans but also in influencing the country's standing around the world.

For example, whatever their sources, the normalization of lies is shaping how America is viewed abroad as well as at home. Consider the country's "soft power." Harvard professor Joe Nye coined the term 30 years ago, asserting that a nation’s culture, ideology and values influence popular perceptions in ways that can co-opt foreign leaders and shape their actions. Nye's soft power concept, including the appeal of America’s principles, opportunities and freedoms, helps explain an underpinning of the country's world role since its founding, empowering presidencies and their policies, Democrat and Republican alike.

Its erosion also didn't start yesterday. Decades of sharpening partisan divisions as well as gridlock in Washington have engendered growing skepticism about U.S. politics and policies. Trump's destructive behavior, including on January 6, accelerated the trends. Surveyed last January by the European Council on Foreign Relations, 61 percent of those asked in 11 EU member states said they believed the U.S. political system was either completely or partially broken. A Pew Research Center poll two months ago showed solid majorities in 14 European and Asian countries no longer believe the United States is a good democratic model to follow.

Allied leaders are expressing unprecedented concern about American stability. Former Australian prime minister Malcolm Turnbull put it this way: "When you see the absolute essential foundations of the democracy being challenged from within, and where you see … the Republican Party actually challenging the constitutional institutions on which this great democracy … depends, that's what really undermines public international faith in American democracy." He's not alone. In the 2021 US News and World Report ranking of the best countries for business, the United States fell more than any other in perceived political stability.

Prevaricating politicians aren't the only ones in the spotlight as questions are raised about America's model around the world. Regulators as well as the public and political leaders in Europe and Asia are putting American corporations and their business practices under new scrutiny. Case in point: privacy, anti-competitive behavior and the role of social media in fomenting extremism. Regulatory agencies and legislatures in the EU and elsewhere are moving decisively to challenge the tech giants whose doubletalk, not to mention millions in lobbying outlays, so far have stymied comparable action in Washington.

Is lying at leadership levels a peculiar American problem? Based on the just released EY Global Integrity Report 2022, Ernst and Young would answer, not at all. The global accounting firm's worldwide report surveyed some 4700 executives and employees. Despite the growing corporate emphasis on business integrity, 42 percent of the 442 corporate board members polled said their companies tolerated unethical behavior by senior executives and highflyers. Nearly one-in-five, 18 percent, said they would be prepared to mislead auditors or regulators to improve their careers or pay; 15 percent added falsifying financial records to get ahead as well.

Are there consequences when lies by leaders of all stripes become just another part of the news? A view from abroad offered one answer. Broadcast journalist Robert Moore, Britain's ITV News correspondent who covered the January 6 insurrection, sounded an early warning last week. Moore assessed the state of American television reporting and a possible Trump presidential candidacy. "Newsrooms are woefully ill-prepared for what is coming down the track," he said.

Speaking to the New Statesman, Moore pondered how American broadcast journalism will cover Trump on the 2024 campaign trail. "Are they going to cover a Trump rally if he's spouting misogynistic and inflammatory language? Or if he continues to regard the election as a fraud, do they put him on air saying that? It's not at all clear to me that newsrooms are ready for the biggest test for a generation, maybe for many generations."

Moore is raising all the right questions, whether Trump runs or not. But in a country that appears to have normalized lying from the Oval Office as well as the C-suite, will anybody here bother to ask?