Where to Place Your Olympic Bets 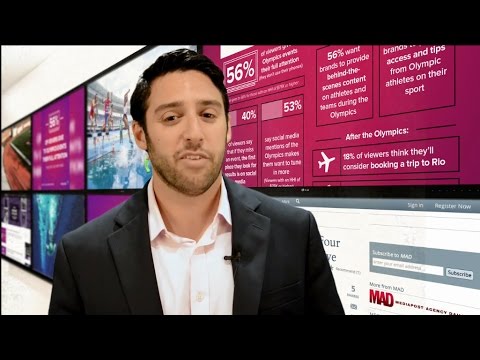 This week on Mindshare's Culture Vulture Live Josh Spiegelman explores the new ways people are watching -- and engaging with -- the Summer Olympics.

For the next couple weeks, thousands of athletes from around the world will compete in Rio across 41 different sports. And this year, there's new ways to watch them do it. NBC has partnered with Facebook, Instagram and Snapchat to produce short-form videos with Olympics content. They'll feature everything from live highlights, to athlete interviews, to fan-curated stories and more.

Given the massive audiences on platforms like these, publishing Olympics content here makes sense. In fact, at Mindshare, we've released new research that underscores the importance of social during the games. For example, in our survey of U.S. Olympics viewers, 47% said that seeing the games mentioned on social makes them want to tune in more. And that number rises to 63% for viewers between the ages of 18-34.

In fact, 40% say that if they miss an event, the first place they look for results is on social media. And, 56% of viewers ages 18-34 say that they'd like to see brands provide behind-the-scenes content on athletes and teams during the Olympics.

All that said, TV is still king here. 88% of Olympics viewers say they'll watch the games on TV. 23% say that they'll stream it live on their computers.

Want to learn more? Check out our Olympics infographic below, and see the full press release on MindshareInTheLoop.com. 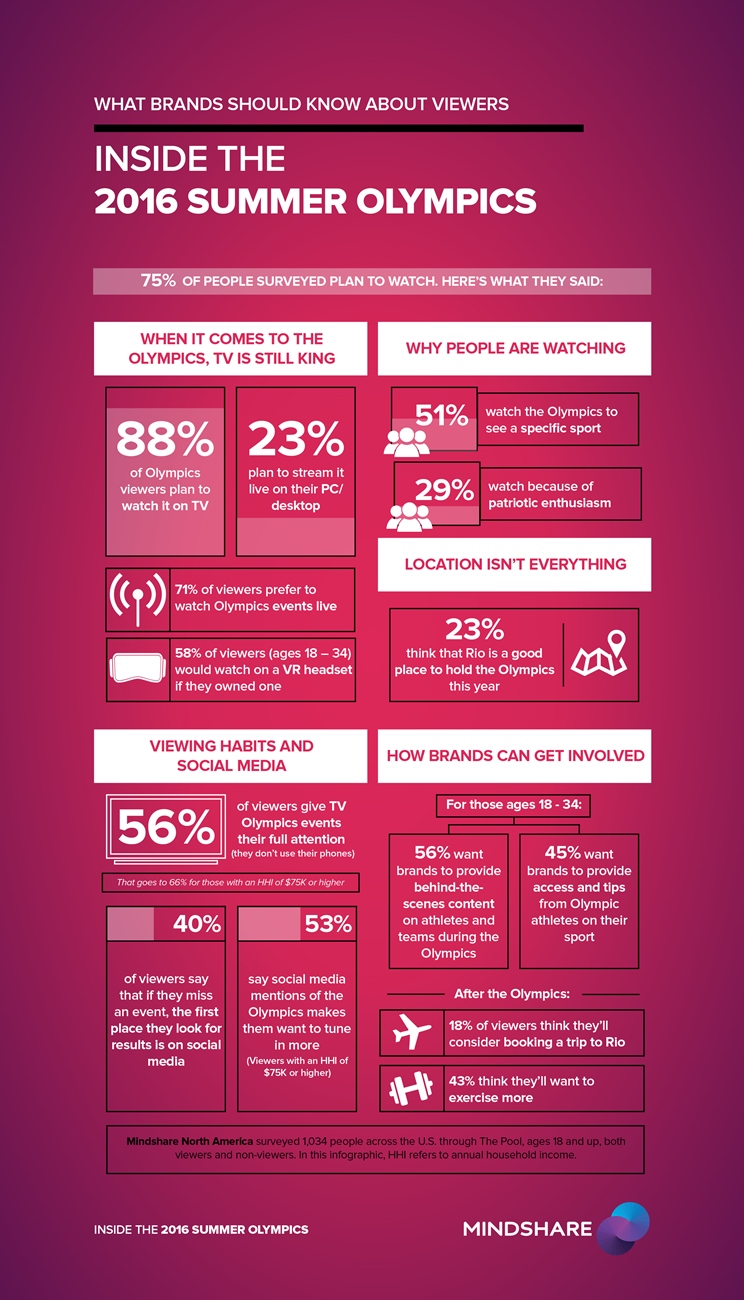