Who are Gen Z and Why Do You Need to Meet Them? 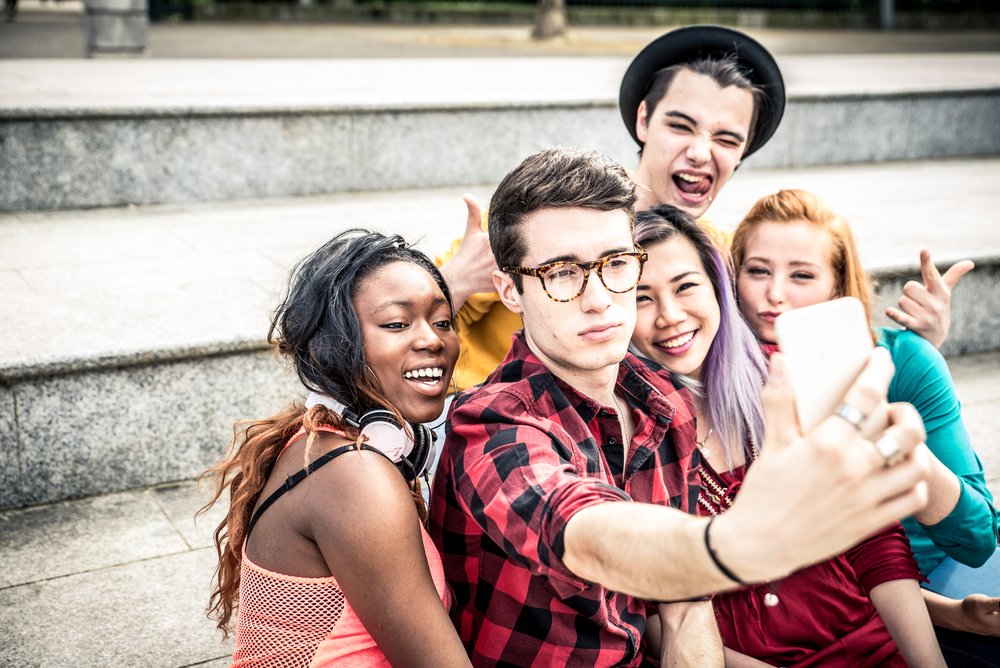 Millennials receive a mix of adulation and scorn from older generations, but few give proper attention to the emerging next generation, which is a "boom" generation of new consumers. Dubbed Gen Z, this new generation consists of those born after 2002. Currently, the eldest members of Gen Z are ready to exert their full financial power as young adults in an increasingly mobile and social world. They're savvier and more practical than previous generations -- and more likely to see through inauthentic marketing messages and "fake" news. They're the first generation to have grown up in a world in which the Internet and mobile devices were always present. They're our first window -- our prism -- into future generations that will be born into a world with technological innovation beyond our conception: driverless cars, pilotless airplanes, ever-present media, the Internet of Things, robotics, artificial intelligence, virtual reality, Nintendo Go on steroids.

Generation designation is about more than birthdate; it highlights how specific attitudes, events, and cultural norms shape populations as they grow up. Millennials refer to September 11 as the most significant event of their childhood and adolescence, but for Gen Z, the presidencies of Barack Obama and Donald Trump (and the growing instability at home and abroad) may play a greater role, as will the strengthening divides between rural and urban, rich and poor, and liberal and conservative. However, social media and mobile devices have shaped this generation more than any political factor.

Gen Z may be the most fiscally conservative group since the Silent Generation. Half of Baby Boomers believe that money is made to be spent, but members of Gen Z are far less likely to hold this view. Their financial prudence can largely be attributed to the effects of the Great Recession, which taught this generation the importance of personal thrift. Gen Z is the first generation since the Great Depression not to believe they'll be more financially successful than their parents, and for good reason.

Gen Z teenagers worry greatly about their financial futures; for many, the chief concern is the prospect of taking on debt, which most feel is necessary in order to graduate from college and find a job that pays a comfortable income. In a 2013 Ameritrade survey, 46 percent of Gen Z respondents claimed to worry about student debt. Additionally, 36 percent admitted that they fretted about being able to afford college in the first place.

Since the Greatest Generation, each generation has been slightly more accepting of the LGBTQ community -- but that may be about to change. While one in seven respondents aged 14 and 15 self-identified in a survey conducted by The Gild as "quite conservative" in their stance on transgender rights and same-sex marriage, members of Gen Z are less likely to bully their LGBTQ peers. Overall rates of bullying have dropped significantly in recent years; in 2013, 21.5 percent of students between the ages of 12 and 18 reported being bullied, compared to an astounding 31.7 percent of teens in 2007. Many of today's high schools and colleges boast gay-straight alliances, which aim to make students of all sexual orientations feel accepted and valued. Sexting and abuse is also declining, as more than 50% of Gen Z children have grown up in fatherless homes or homes in which the mom is primary or equal wage earner. The young men in this generation are not their fathers, their grandfathers, or even their older brothers. This is the first generation that's grown up in a more feminist world, and a growing percentage of young men believe that gender equality is a basic right and reality.

Marketers, first and foremost, need to understand that the gender-stereotypes that have appealed to Millennials are offensive to Gen Z consumers. Advertisers and their agencies, as well as content producers, can start by advocating for positive media portrayals of men as responsible, caring and competent husbands, sons, fathers, caregivers, teachers, nurses and secretaries, just as we they have successfully advocated for positive role models for women and girls. And younger females are less likely to embrace being the primary shoppers in their households as they marry and have children. A larger percentage of Gen Z men will be primary care-givers and equal or secondary wage-earners than any generation before them.

Think about how men have been portrayed in TV sitcoms and commercials, as the idiot or buffoon unable to diaper a baby or know which medicine to take for a cold. Or worse, the commercials that honor and glorify misogyny and sexism. These images will not only fail to resonate with Gen Z, but will actively turn them away.

Millennials and Gen Z share an obvious comfort with technology, but their attitudes towards modern technological developments differ significantly. Despite growing up plugged in to the virtual world, Gen Z young adults are actually more skeptical of technology than members of other generations -- particularly Millennials. Research from Vision Critical and MARU/VCR&C finds that just 30 percent of Gen Z individuals believe that technology is capable of solving the world's biggest problems -- compared to 36 percent of Millennials who feel the same way.

The members of Generation Z increasingly live out their lives on social media, although their networking habits vary considerably from those of their Millennial and Gen X peers. While many adults in their 20s and 30s favor Facebook, Twitter, and LinkedIn, Gen Z teens are more likely to spend their time on Snapchat, Instagram and BuzzFeed. Snapchat is particularly appealing, in that it gives users the perception of privacy. Through social media, Gen Z has also become the most global generation, with more than 50% of college students having traveled abroad before their senior year and staying connected with their friends around the world.

Gen Z is often thought of as an extreme version of the Millennial generation, but this description is, perhaps, only valid for social media; young adults from Gen Z are otherwise more conservative and more thrifty than their Millennial counterparts. Heavily impacted by the difficult economy of their childhood, consumers from Gen Z put significant thought and research into each purchase, and when they find a moderately-priced, high-quality product they like, they have more brand loyalty toward that product than either Millennials or Gen Y. Marketers that publicly support social causes, such as the environment and healthy living, are especially favored and likely to maintain brand loyalty. Marketers who wish to find favor with Gen Z should emphasize the practical nature and cause-related relevance of the products they offer, while still communicating their message via social media and other mobile-based avenues.

Gen Z teenagers face stress and uncertainty in their day-to-day lives, exacerbated by global and domestic conflicts, climate change, terrorism and gun-related violence. However, they also hold a great deal of promise. Conscientious and loyal to a fault, they are already leaving their mark on the world around them. As the first generation to grow up in an Internet-connected mobile and social world, they could – and should – prove to be the largest and most important generation of the 21st Century. Marketers need to begin shifting their focus from Millennials, who demand far too much attention, and to Gen Z, who are receiving too little.