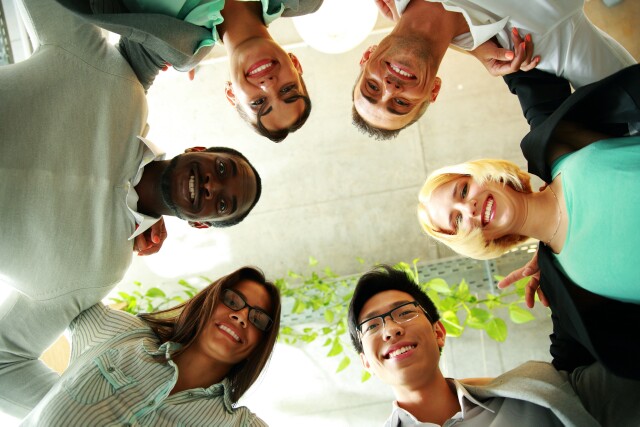 Groups that were once a minority in the U.S. continue to grow as households become more diverse, multicultural and multilingual. Accordingly, the buying power of Hispanic Americans is expected to reach $1.9 trillion by 2023, while Black Americans are on track to reach $1.8 trillion, leading advertisers and brands to target these communities more than ever. Laura Willis, Senior Vice President, Client Director at Canvas Worldwide, recently sat down with MediaVillage for what was akin to a masterclass in "why all marketing … is multicultural marketing."

"There was a movement a few years ago with something called 'total market approach' that … while well-intentioned, was not embraced by the market," Willis recalled. "Instead of looking at inclusivity, agencies were looking for the bare minimum they could do to say they were covering everyone. I've been doing multicultural for a long time and there's always been that 'roller coaster,' as I like to call it, with the census data. Now we're seeing political, social, economic and other factors shifting. It's really exciting."

The one-size-fits-all approach has grown increasingly ineffective in markets and households that grow more complex with each generation. "The most important thing to do is to not paint with too broad of a brushstroke, but really think of who the specific target we can find is and focus on them," Willis explained. "You have to understand and do the research so you know who you're talking to; [then] you can tailor the message accordingly. We see that with meme culture. The more specific the meme, the more universal truth it has."

Willis went on to share that while younger generations are keener to consume content on social apps like Facebook and Instagram, those very platforms recently announced the removal of targeted advertising for users under 18 years old. "You can't apply any sort of behavioral or ethnic targeting," she said. "They've removed a lot of those layers, so you have to find the places where these audiences are outside of where would have been the go-to places last quarter."

With the growth of movements such as #RepresentationMatters and others like it, Latinx, Black and Asian communities have strived for more visibility and representation across media, from film and television to advertising, with authenticity and diversity at the forefront. "I think it's true for all consumers," Willis said. "There's so much pride in culture and that really feeds into making that communication, whether it's messaging or media, making it more authentic; really delving in and honoring it, not asking anyone to be this generic version of who they are, but really embracing these differences."

Willis noted that the drive for authenticity also pushes advertisers to find celebrity spokespeople that align with consumers' points of view, whether cultural, social, political or otherwise. "You have to really vet someone, know who they are, and not just how they're presenting themselves now, but how they have always presented themselves, and weigh and decide if they're doing so authentically and if it's a fit to align with them," she explained.

"It's really interesting, there are two things that I see going on," Willis continued. "There's an appetite for authenticity in terms of brands or celebrities to reflect the consumers' values and how they see the world. At the same time, while in the '70s there was a stigma [around] a celebrity doing an ad, now you go on a musician's social media and their fans will be tagging brands – 'You need to sponsor them' or 'They need to be in your commercial.' There's a real paradigm shift. It's no longer seen as a negative thing to be aligned with a brand. Brands have to keep in mind though, 'Does this artist reflect who we are as a brand, and are our values aligned with [those of] the consumers that we're going after?'"

The go-to advertising platforms have also changed drastically with the rise of social media and how we consume content. When asked about the impact of language in media for migrating populations, Willis replied, "In the '80s and '90s there was a very large migration from Mexico to the U.S., and for their children they had Univision and Telemundo to help keep the language alive. Then, when digital media came out, you could find your newspaper online and find out what was going on in your hometown.

"While people care about what's going on in the country broadly, they really care about what's going on in the community where they make their homes," she added. "That just speaks to the truth in specificity. When social media came out, it was easier to stay in touch with people back home. All these factors have just increased year after year. There's not just Univision and Telemundo. Now you can find Spanish-language programming on Netflix and Telemundo, and you can get more specific, so if you're Chilean or Korean you can find K-dramas on Netflix or watch the telenovela your grandma watched in Argentina online somewhere.

"Digital media is hands down the most effective platform because there's so much more opportunity to get really specific," Willis concluded. "Yes, there's the broad appeal of a Bridgerton and talking with our friends the next day, but we also really want to consume media that's reflective of who we are."