Why Tech Is Going Traditional in Transit 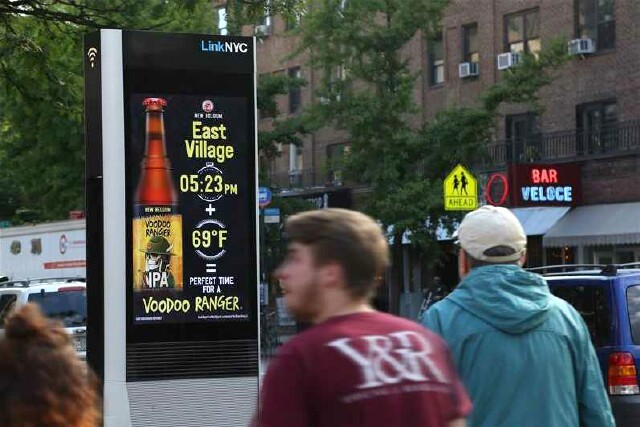 The most captive audience in the U.S. isn’t sitting on a sofa watching Stranger Things-- it’s in transit.  According to the OAAA’s 2015 data, Americans spend more than 70 percent of their waking hours outside their homes.  As the MediaKix/comScore, 2016 Study on Media Consumption; U.S. Census shows, they also spend nearly an hour each day commuting to work, home, or leisure activities.  In the U.S. alone, commuters travel more than 59.6 billion miles a year on public transit -- buses, subways and trains -- spending 318 million hours in commutes.

Because of this, transit is becoming an increasingly attractive space for advertisers.  Many of the advertisers driving this trend come from a surprising place: technology companies and startups.  Brands such as Samsung, Lyft and Casper stand at the forefront of the latest innovations in technology and occupy a largely digital space, but they are increasingly drawn towards ads in public transportation.  Why might this be the case?  In one word: exposure.

For instance, according to Intersection’s proprietary data, 98.5 percent of Chicagoans, 95 percent of Philadelphians and 96 percent of Seattleites are reached by transit media.  Only a handful of traditional digital media channels have this level of visibility, despite their modernity.  In addition, other digital media is more easily ignored, fast-forwarded, or skipped over.

Tech brands are taking note of this opportunity to grab people on the go.  For example, Grubhub, the online food ordering service, increased brand awareness with Chicago Transit Authority commuters by transforming the Chicago and State Headhouse into a giant rotating salmon avocado roll complete with chopsticks.  Samsung executed a station domination in Philadelphia’s 30th Street SEPTA station with an advertisement on the floor (pictured below) stating, “We’ll keep your work stuff safe no matter where you drop your phone.”  Sonos, the smart home sound system, promoted the launch of their new speaker integration with Amazon Alexa in San Francisco’s Powell BART station and Seattle’s Sound Transit University Street station, making a splash in Amazon’s hometown and reaching retail-minded customers right before holiday season.  Some of the top media markets that we work with have shown more than 90 percent year-over-year ad revenue increases in transit OOH from tech companies. 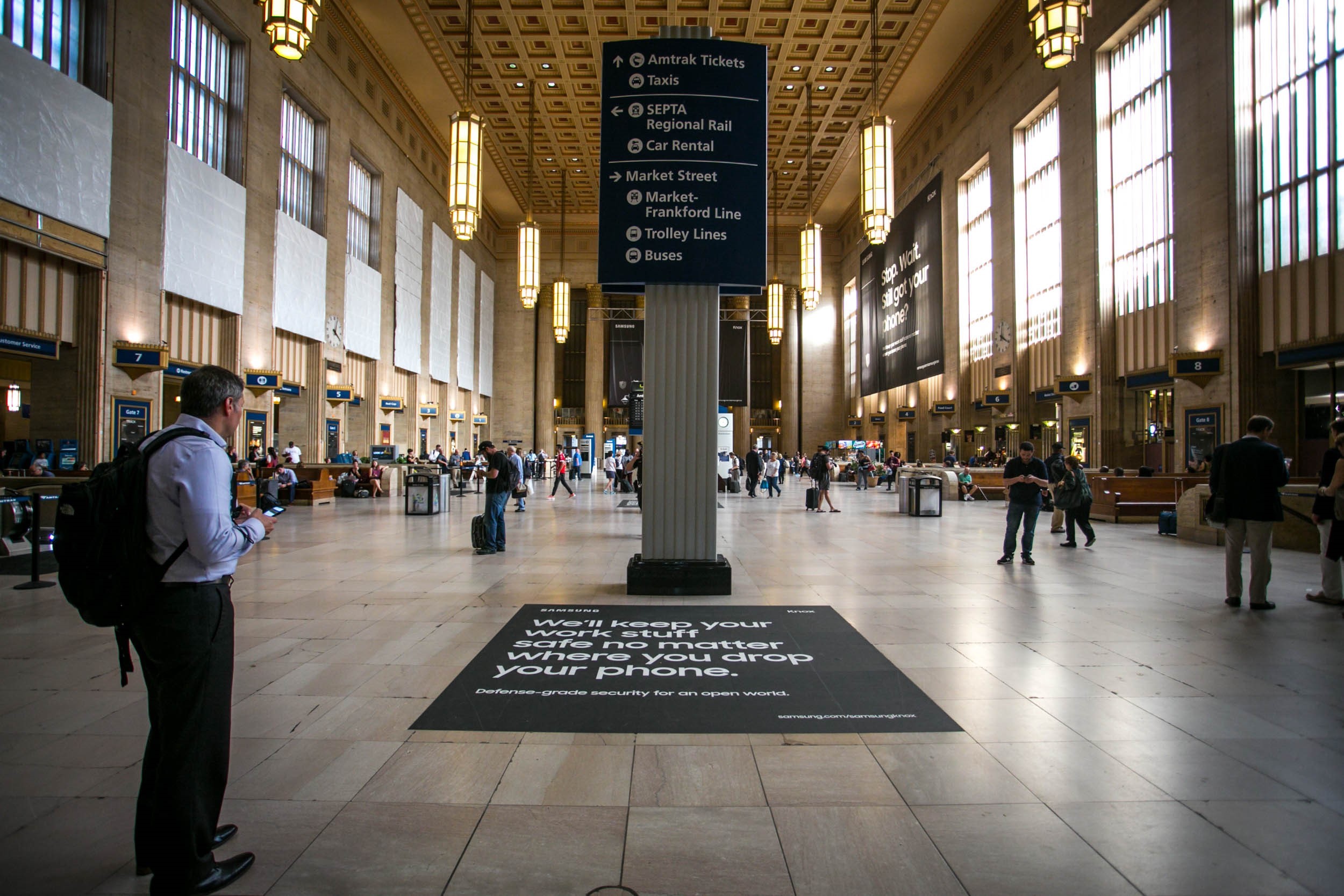 Much of this growth has been driven by a marked improvement in measurement and targeting techniques for OOH.  Transit OOH provides brands with the ability to connect with potential customers at specific moments and places.  Using anonymized mobile-based data, advertisers can now discover in-depth insights about audience demographics in physical places, including transit locations, and tailor their messaging accordingly.

Given the dynamic geotemporal nature of people in transit, advertisers can reach different audiences in the same place, as well as retarget the same audience as they make their way through their daily journeys.  With this ability, advertisers can then map the customer journeys to the media assets that will most effectively engage them, and with the help of companies like GroundTruth, NinthDecimal and Placed, quantify the impact of the campaigns on their business and optimize future campaigns.  This increasing level of insight has given brands the ability to reach the right consumer with the right message at the right time.

Thanks to the growing interest in transit advertising, transit authorities are reimagining the role advertising can play in improving customer experience, creating a mutually beneficial, virtuous circle.  The digitization of assets in transit authorities has created communication platforms that display emergency service announcements, provide real-time train updates and offer contextual messaging, all in addition to advertising.  This is retraining consumers to look at screens more actively, increasing the value of adjacent advertising.  Already, we are seeing brands natively weave themselves into the context of this messaging, providing utility as well as engagement.  For example, in the NYC subway, the New York Lottery provided entertainment and distraction in the form of an interactive tic-tac-toe game while people waited for their trains.

Although mass transit infrastructure is often more than a century old, it’s now home to one of the most modern forms of digital advertising.  In many ways, transit presents superior opportunities to traditional digital media.  Rather than being actively blocked, skipped and avoided, digital transit advertising is sought out by riders, as it provides useful and vital information capable of saving commuters valuable time.  It’s no wonder that tech companies feel at home in this bustling, tech-enabled space.

Dave Etherington, Chief Strategy Officer for Intersection, develops strategic initiatives and revenue-generating new products and opportunities at the convergence of technology, design and media. As a foremost voice in digital out-of-home, his vision for how…