Why the Upcoming TV Season Will Be Unlike Any Other 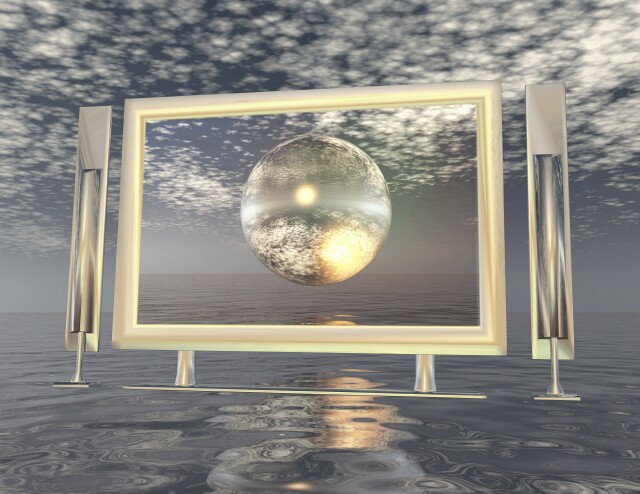 We're days away from the beginning of a new television season, and I sense that we are entering a new frontier of this medium's existence.  A huge new frontier.  It’s comparable to an explorer's "eureka" moment of realizing a breakthrough of landmark proportions.  Consider this: The season ahead will be the first to simultaneously play out during not one, not two but three extraordinary eras of TV.

First, we're living in an era of plentiful original programming, both scripted and unscripted.  For the first time ever, more than 500 scripted series alone will be presented from one Labor Day weekend to the next.  While some networks such as A&E are eliminating scripted work, others are increasing that load. And in the coming months, Apple, Facebook and YouTube will join this throng, motivated by a growing assortment of production sources and/or new creative talent emerging from the now nationwide network of TV festivals.

Second, people all over the medium are taking it upon themselves to kickstart series and services owned, managed and overseen by women, people of color and people out to be unstoppable in the face of physical challenges and disabling circumstances.  More new talent of color-cultivating ventures are in business, from We For She and The Alice Institute to Women in Film'sjoint venture with The Black List, Made in NY Writers' Room and the Half Initiative formed by prolific programming creator Ryan Murphy.  Viola Davis, Kerry Washington, America Ferrera, Gina Rodriguez, Regina King and other actresses of color have become production company entrepreneurs, getting new content commitments.  (Davis' venture put together XQ Super School Live, the entertainment special that will be simulcast on ABC, CBS, Fox and NBC this Friday night.)

Other notable people of color find themselves this fall with big program development deals that can further expand inclusion -- Tyler Perry's multi-network Viacom association (starting in 2019), Ava DuVernay's expanded relationship with Oprah Winfrey and her Harpo Films unit, Will Packer's joint venture with Discovery Communications and Shonda Rhimes' decision last month to end her series-creating relationship with ABC and go all in with Netflix.  Meantime, a number of people are developing series that follow DuVernay's precedent-shattering initiative with Queen Sugar, her Oprah Winfrey Network drama.  That is, have every episode directed by women, and most by women of color.  The CW, in fact, is developing a weekly anthology of horror tales for next season applying that principle.

Third, we're living in an era of smart TV sets and TV-connected devices that expand how people watch and use TV.  More than 60 percent of all U.S. households now have a smart set, device (Roku/Apple TV/Chromecast/Amazon Fire TV/Shield from Nvidia, etc.) or both.  People with them are spending two or three hours a day, 20 days a month, watching or using them, according to the latest estimates from Nielsen and various research sources.  These sets and devices pushed Netflix, Hulu, YouTube, Amazon Studios, Crackle and other programming ventures originating over the Internet into mass marketplace acceptance and triggered the phenomenon of binge viewing.  Do you believe Apple, Facebook and YouTube would be in the content-producing business without them?  No way.

What's more, a growing number of these sets and devices have artificial intelligence-powered voice features like Siri and Alexa built in.  With those features available 24/7, viewers can call out what they want to see -- or order -- and get results in seconds.  Right now, Amazon Prime customers with Apple TV or Amazon Fire TV-embedded sets or devices can order any Amazon merchandise they want in this manner.  Imagine if Amazon followed up its recent takeover of Whole Foods with the ability to order Whole Foods merchandise through the TV, complete with home delivery.  Don't believe for a nanosecond that didn't cross Jeff Bezos' mind when exploring that deal.

Further, these smart TV sets and devices are getting more affordable by the month and largely run on software that can be upgraded at any time.  The recent introduction of Siri, Alexa and other AI voice options is one example.  Others that can impact in the near-term are virtual reality/augmented reality/360-degree content and services, connectivity with lights, appliances and home security services, and interactive programming with a choice of plot direction at natural moments inside the program. Passage of ATSC 3.0, the new technical standard under review at the Federal Communications Commission, also could have important consequences here, especially for broadcast station owners who don't want to be shut out of new revenue streams this era may generate.

It's clear that all three eras will not flame out in the next year or so.  There's too much momentum behind them.  What there is right now is too little public discussion about them, and where they can take this medium, at TV and consumer electronics industry events and in journalism at all levels, from local radio and TV stations to such Web destinations as TechCrunch, News.com and Recode.  It's time for this wave of inattention to end.  It's also time for smart TV set and device makers to provoke more coverage by participating in industry events and exhibiting their latest features beyond Silicon Valley.

One more thing:  Tomorrow Will Be Televised, the Internet-distributed radio program covering the TV scene that I produce and host, began its second decade on the air last month.  When I started this show at 3 p.m. ET on the first Monday of August, 2007, I hadn’t a clue who would listen, who would participate as guests beyond day one, or how long we would last.  I trusted an audience would be out there, excited to hear about the medium's current state and future possibilities.

Well, I'm still on this journey ten years later and even more excited about what's ahead.  To the public that tunes in, and all the guests who have joined me to this point, thank you for your trust, your feedback, and as I say near the end of every episode, your listening.  Thank you for the opportunity to be at your service.

And to everyone else, it's the perfect time to join the journey.