Why You Aren’t Testing Blockchain Innovation 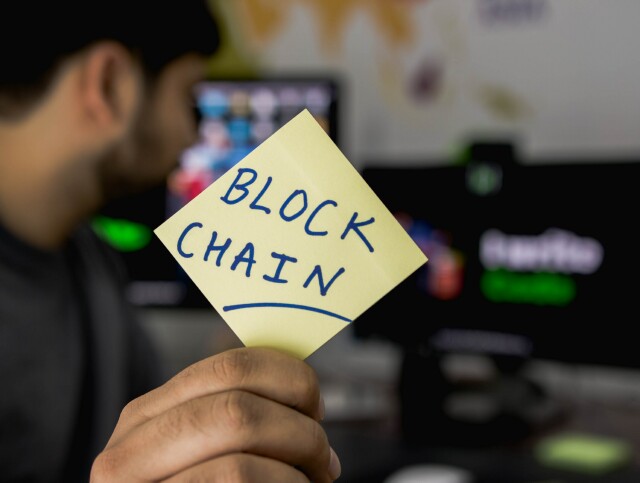 Do you ever wonder why you aren't yet testing blockchain innovation?  First off, it isn’t your fault.  There’s a symphony of slim-suited sales folks hitting the streets on a wave of buzz.  The issue is, there are very few ways to test blockchain innovation in marketing.

Before we dive in, let’s get the relevant definitions out of the way.

"Innovation."  Simply stated, innovation is about solving an old problem in a new way.  I like to think about marketing as an engine.  There are some parts that are going to squeak, break and underperform.  Innovation is solving those issues with new tools -- not because they are shiny and new, but because the old tools weren’t doing it well enough.

I am not currently using blockchain technology with any of my clients, but we are actively considering several areas that blockchain might be able to address.  The real advantage is if blockchain can help solve an issue or improve on a process to help us gain efficiency and effectiveness.

Let’s review the potential advantages and challenges to the three most promising problems that blockchain is evolving to address.

Media Quality.  It’s no secret that the digital media industry has a problem ensuring high-quality media delivery.  MetaX has established a registry website with the goal of determining a whitelist of high-quality media partners.  The initiative sets up a value exchange where member sites make a monetary deposit for tokens.  Members can use these tokens to vote and challenge the validity of any other member based on the quality of their media.  In theory, the economic incentives of token holders are aligned with the goal to output a list of high-quality media partners.  In practice, however, there is no universal definition of high-quality because it is a highly subjective term.  In the initial MetaX test, The New York Times and Facebook were voted off, even though it could be argued that both of them are high-quality media sites.  “Argue” is the operative word here, as ideally there would be no argument and we’d have a singular definition of what high-quality is that everyone agrees on.  Good luck with that.

Smart Contracts.  The digital supply chain is incredibly inefficient.  The industry has become accustomed to accepting the approximately 10% discrepancy rate chiefly because reconciliation is an exercise in complicated contract settling.  There is hope that blockchain technology can tokenize and automate this highly manual work with the adoption of smart contracts, which are contract terms that have been translated to code that automatically enforces the terms of the agreement.  For example, when we buy media, we have contract terms that set up conditions for make goods if publishers don’t deliver on the guaranteed inventory.  A smart contract could check automatically if inventory is fulfilled in a digital media buy and, if there are any issues, automatically reduce the invoice amount to the client.  Right now, that takes multiple people, steps and days to accomplish.  It’s a great concept, but the challenge is testing.  This is labor intensive to set up and the stakes are high.  If it isn’t working quickly, teams will abandon it.  Thankfully, this is an area where GroupM is evaluating vendors and testing so we can implement a solution that has already been validated.

Transparency.  Supply chain transparency has been a major issue since the dawn of programmatic, where each company employs its own transactional tax.  Blockchain transactions, by definition, are fully transparent as every transaction is public and immutable. The issue is, we can set up a ledger, but without a standard digital asset we don’t have anything that can act as value to transfer within the blockchain system.  The challenge is views and impressions are not standard across media and mediums.  A Facebook video view is three seconds, a YouTube view is 30 seconds.   One way to standardize it is around attention.  One second of attention is an equalizer across platforms.  Parsec has been tokenizing attention and running campaigns on the blockchain.  It isn’t solving transparency yet, but at least it’s moving the conversation forward.  I’m expecting big things out of them in the future.  The ultimate point here is that transparency requires a common language, another reason why we need industry standard content labels.  What we give up in terms of flexibility, we gain back in having a common language to automate reporting and enable our teams to focus on what the data means rather than on manually organizing it into spreadsheets.

We all want to find new, innovative ways to solve problems and blockchain, as a new foundational value transfer protocol, has real promise.  At present, most of the news is focused around cryptocurrencies, which have no bearing on media blockchain innovation, and there is also defensive news from large banking and technology companies that want to stay ahead of the new technology and prevent disruption.

Don’t feel bad if you aren’t testing blockchain innovation yet.  This is the time to learn, evaluate and find the first opportunities to test real innovation that solves old problems in new ways.

In his current role as Regional Managing Partner at MediaCom, Charlie leads the Americas for the global Dell account. With over 20 years of experience in marketing, he has held executive positions at Media Storm, Digitas, Young …