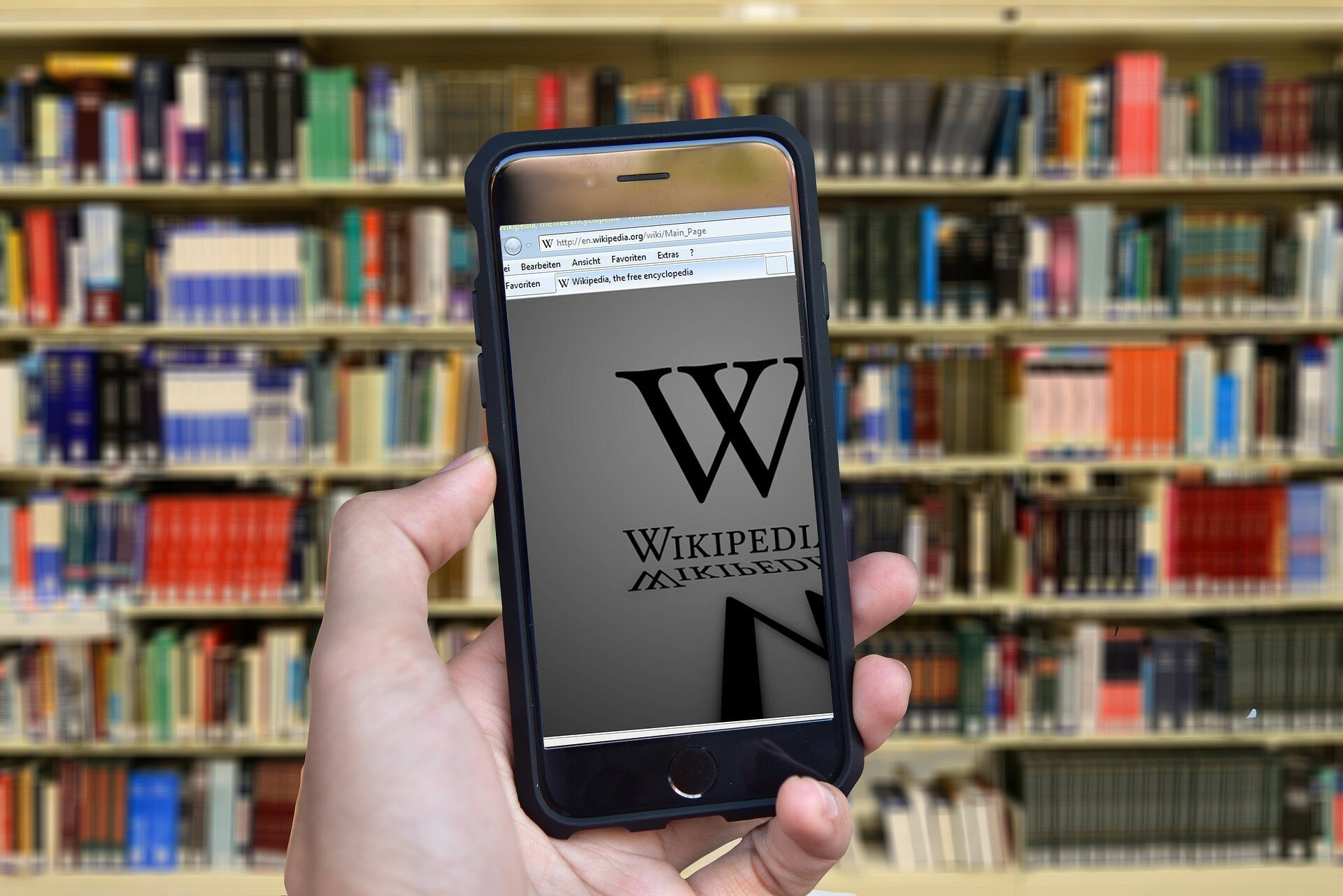 When I was in college, one of the taunts frequently leveled by Harvard students against those of us from their sworn rival, Yale, was "Yale Cites Wikipedia." It was a charge that was scrawled upon homemade signs that were rolled out for "the Game," the annual football contest between the two universities that takes place each November. It was in reference, of course, to professors' frequent admonition to avoid citing Wikipedia. Wikipedia, the Internet encyclopedia that boastsa global Alexa rank of 13, can be edited by anyone, even though a small circle of editors oversees said edits and actually makes the majority themselves. Given that anyone can contribute to articles regardless of their actual expertise, teachers and professors generally cautioned students against citing the encyclopedia, given concerns about vandalism or, more prosaically, that content there simply underwent a less rigorous editing and fact-checking process than points in books, academic papers, or even news articles.

This was indeed the conventional wisdom for the majority of the time subsequent to Wikipedia's founding and popularization in the early 2000s: that Wikipedia was less credible than more traditional sources of information, particularly its competitor encyclopedias such as the Encyclopedia Britannica. However, then came the era of a renewed appreciation for decentralization. Building on the economist Friedrich Hayek's famous 1945 paper "The Use of Knowledge in Society," proponents of decentralization -- including Wikipedia co-founder Jimmy Wales -- theorized that aggregating diffuse sources of knowledge might better approximate the truth than relying only on a few established experts. (Hayek's paper, one may recall, poignantly states, "[T]he knowledge of the circumstances of which we must make use never exists in concentrated or integrated form but solely as the dispersed bits of incomplete and frequently contradictory knowledge which all the separate individuals possess.")

Along came Uber and other ride-sharing apps that relied on similar theories of knowledge and threatened traditional taxi companies. Airbnb, similarly, appeared ascendant. So it was no small leap to think that Wales would be proven correct in his assessment that the truth was to be best arrived at through amalgamating all the bits of knowledge held by humanity at-large, or at least all of humanity in possession of reliable Internet access. Finally, those who had a predilection for citing Wikipedia had a persuasive, intellectually-grounded rejoinder to present to their Wikipedia-skeptical professors.

But then, reality, as they say, asserted itself. I recall for instance my friend, the author Allen Hornblum, whom I also made reference to in another recent column, detailing the inaccuracies that littered the Wikipedia page of the subject of the latest biography he authored: tennis great Bill Tilden. Rattling off the errors that must have led numerous tennis enthusiasts browsing his page astray, Hornblum describes Tilden's Wikipedia page -- at the time of his writing -- claiming that Tilden failed to make his college team (he did make the team), graduated from the University of Pennsylvania (he left prior to getting a degree), while also misstating other basic details of his biography.

And then it turned out that upon closer examination, Wikipedia was not as much in the business of aggregating innumerable tidbits of information from people the world-over as might have been initially expected. In reality, Wikipedia's most loyal and active editors contribute the vast majority of edits. According to one 2017 Purdue University survey, approximately 1% of Wikipedia's editors generate 77% of the site's content. In addition to this Pareto distribution on steroids, the authors of the Purdue survey also suggest that Wikipedia can be correctly characterized as hierarchical, despite its veneer of a pure democracy of information. Further, the encyclopedia has experienced difficulty in retaining "editors that stayed two months after their first edit."

In recent years, though, the primary criticisms of Wikipedia have concerned allegations of widespread political bias. Wikipedia even boasts an article on the site entitled "Ideological bias on Wikipedia." (This continues a rather praise-worthy characteristic of the encyclopedia: its attention within its own pages to controversies dealing with the site,from "Reliability of Wikipedia" to the debate about how extensive a role co-founder Larry Sanger played in the encyclopedia's development.) To this point, one notices that many Wikipedia citations, particularly when it comes to articles on political matters, reference opinion columns and editorials, rather than more objective news articles. This is coupled with the frequent use of politically-slanted language, as well as selective coverage of certain topics. (This final point -- the bias of story selection -- is one that also routinely affects news outlets and has been discussed in other columns.)

And this is where Sanger again enters the picture. In May of last year, Sanger authored an essay on his website entitled "Wikipedia Is Badly Biased." Throughout the piece, which would be widely shared, he enumerates several examples of where Wikipedia articles show considerable political bias, from the relative lack of entries or entry sub-sections dealing with scandals that have affected Democratic Party politicians (as opposed to Republicans) to how certain hot-button issues are framed. For instance, to this latter point, Sanger discusses how Wikipedia's article on drug legalization devotes a paucity of attention to potential hazards or risks of legalization; instead, in Sanger's view, "it mostly serves as a brief for legalization." As a result, Sanger affirms the need for an online encyclopedia committed to neutrality and non-bias, as well as a place for a true democracy of knowledge. It seems he never lost faith in the original mission of Wikipedia.

However, believing now that for Wikipedia, the genie is already out of the bottle, Sanger has instead thrown his weight behind a new project called the Encyclosphere. Modeled after the blogosphere -- in the sense that there is no central authority overseeing all of the world's blogs -- the Encyclosphere will lack that small group of editors that, in Sanger's view, led Wikipedia away from its original, lofty mission. It remains to be seen how Sanger's latest project will unfold. However, in the meantime as various media observers wonder if something is to be gained from crowdsourcing news content or seeking alternatives to the editor-writer relationship, the story of Wikipedia reminds us of a time-honored truth: There often remains a disconnect between theory and how things unfold in practice.